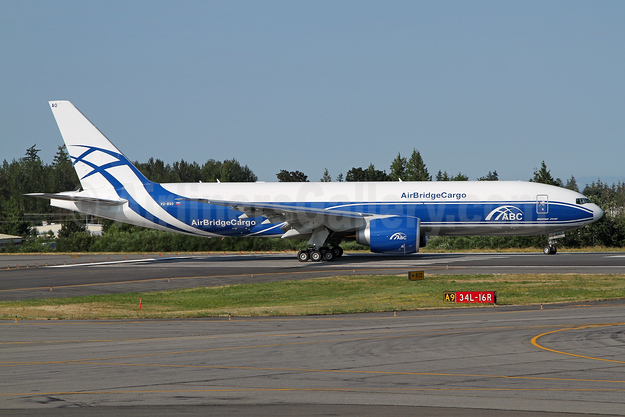 Volga-Dnepr Group (consists of Volga-Dnepr Airlines, AirBridgeCargo Airlines, ATRAN Airlines), aviation logistics expert, phases in its first Boeing 777F. The freighter, which has been recently certified in Russia, will be part of AirBridgeCargo’s (ABC) fleet.

Boeing 777F, which is to be deployed on Trans-Siberian route, enables ABC to offer more optimized delivery options for its customers. It is the largest twin-engine freighter with up to 106 tons of payload which complements ABC’s already extensive fleet of Boeing 747Fs and gives more flexibility in terms of special and general cargo transportation.

The first commercial flight en-route Seoul (South Korea) – Domodedovo (Moscow, Russia) has been welcomed by the top management of Volga-Dnepr Group, Boeing Corporation and GE Healthcare. The guests could take a tour around the new plane and watch offloading of medical equipment.