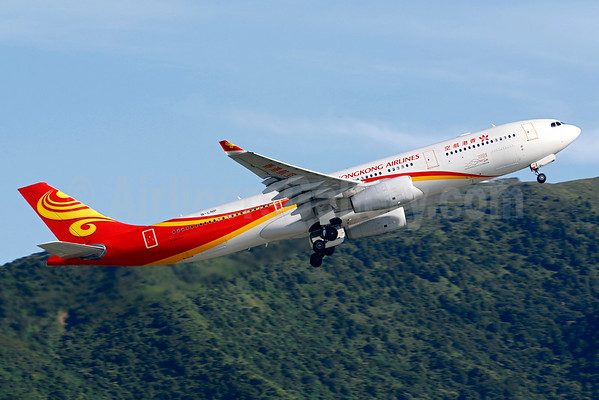 Hong Kong Airlines (Hong Kong) will launch its first thrice-weekly service to Australia next year, commencing on January 8, 2016. The new service is a triangular service starting from Hong Kong to the Gold Coast, and then continuing to Cairns enroute back to Hong Kong.

Airbus A330-300 aircraft with 292 seats including 32 business class seats will be deployed on the route, operating on Tuesdays, Fridays, and Saturdays.

Hong Kong Airlines (Hong Kong) has announced that commencing on December 19, 2014, the company will launch a five-time weekly service between Hong Kong and Sapporo, Japan. Airbus A330 aircraft will be deployed on the route, operating on Tuesdays, Wednesdays, Fridays, Saturdays and Sundays.

Top Copyright Photo: Michael B. Ing/AirlinersGallery.com (all others by Hong Kong Airlines). Airbus A330-343 B-LNP (msn 1398) departs from Bangkok (Suvarnabhumi).