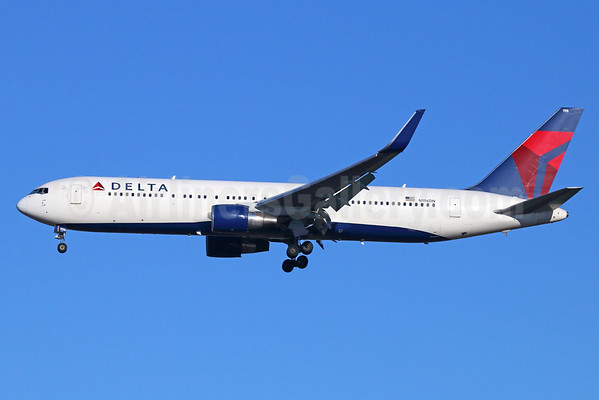 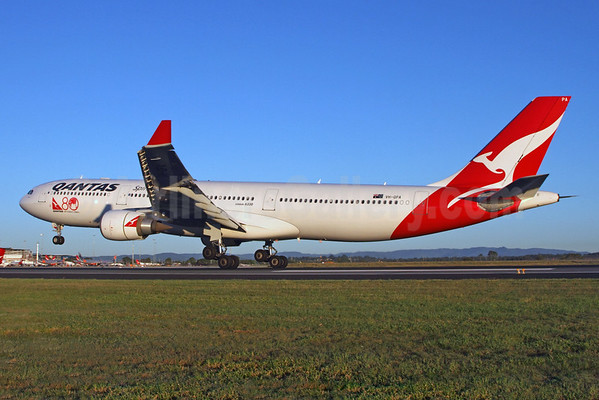 Hawaiian Airlines (Honolulu) on October 1 is dropping all service to Sendai, Japan. The airline is currently servicing the destination three days a week with Boeing 767-300 ERs per Airline Route.

Asiana Airlines (Seoul) flight OZ 162 made a hard landing and veered off the side of the runway tonight (April 14) while landing at Hiroshima, Japan on a flight from Seoul (Incheon). Reportedly 23 people received minor injuries according to CNN. The AIrbus A320-232 (HL7762, msn 3244) (above) was carrying 74 passengers and seven crew members.

According to The Guardian the A320 hit the localizer on the approach. The tail also hit the runway on landing.

Read the full report by The Guardian: CLICK HERE

Top Copyright Photo: Michael B. Ing/AirlinersGallery.com. HL7762 arrives at Beijing prior to this accident.

Peach Aviation (Osaka-Kansai) is planning to add a fourth hub at Sendai for the summer of 2017 according to ZipanguFlyer. Sendai is located in the northeast section of Japan. Peach currently serves Sendai with a single route from its Osaka (Kansai) hub.

The Sendai Airport was involved in the devastating March 11, 2011 Tōhoku earthquake and then was subsequently flooded by the tsunami that hit the coast of Japan in this area.

The rising waters flooded the tarmac, taxiways and runway of the airport. The flood waters actually reached parts of the second floor of the passenger terminal.

Hokkaido Air System (HAC) (Sapporo, Japan) has become a subsidiary of Japan Airlines (JAL) (Tokyo) following JAL completing a qualifying transaction to acquire up to 51.2% of the shares of HAC on October 23, 2014.

HAC network including flights to/from remote islands such as the Sapporo (Okadama) – Rishiri route and the Hakodate – Okushiri route, has been recognized as important transportation routes across Hokkaido by local residents.

With the success of this acquisition, JAL will support HAC to improve its sales performance and further strengthen its management competence as well. After becoming a subsidiary of JAL, HAC will continually strive to be the most preferred and reliable regional airline in Hokkaido.

All images by Hokkaido Air System.

Hong Kong Airlines (Hong Kong) has announced that commencing on December 19, 2014, the company will launch a five-time weekly service between Hong Kong and Sapporo, Japan. Airbus A330 aircraft will be deployed on the route, operating on Tuesdays, Wednesdays, Fridays, Saturdays and Sundays.

Top Copyright Photo: Michael B. Ing/AirlinersGallery.com (all others by Hong Kong Airlines). Airbus A330-343 B-LNP (msn 1398) departs from Bangkok (Suvarnabhumi).

ANA-All Nippon Airways (Tokyo) and Lufthansa Cargo AG (Frankfurt) will launch a strategic air cargo joint venture on routes between Japan and Europe and vice versa. This is the first worldwide cargo joint venture of its kind. ANA has received antitrust immunity, i. e. approval for the joint venture from the Japanese Ministry of Land Infrastructure and Transport after filing for it in the spring of 2014. In addition, the joint venture has been positively assessed by external counsel for compliance with relevant EU antitrust regulations.

Now ANA and Lufthansa Cargo can jointly manage activities covered by the joint venture including network planning, pricing, sales and handling on all routes between Japan and Europe and vice versa. Based on a joint contract which shall be signed in the next weeks, the two carriers aim to introduce the joint approach on shipments originating from Japan to Europe in winter 2014/2015 and for shipments from Europe to Japan mid-2015.

The joint venture will benefit customers by generating a greater selection of routings and a wider range of service options. Customers will especially profit from a larger and faster network with more direct flights, more destinations and more frequencies. By their moving under one roof at major stations, such as the airports Tokyo Narita and Nagoya in Japan and Dusseldorf and Frankfurt in Germany, customers will enjoy the services of both airlines at a single location.

Embraer S.A. has signed an agreement with FDA-Fuji Dream Airlines (Makinohara, Shizuoka, Japan) for a firm order of three E175s with options for an additional three aircraft of the same model.

This order was already included in Embraer’s 2014 second quarter backlog as an “undisclosed” customer. The announcement was made today at the 2014 edition of the Farnborough International Airshow. Three E170s and five E175s are currently in operation with Fuji Dream Airlines.

The newly-ordered E175s will be configured in a single-class layout with 84 seats and will be equipped with the Autoland system to perform CAT III approach and landing in limited visual conditions. The new E175s will also feature recent aerodynamic enhancements introduced by Embraer, such as a new wingtip and other technical improvements that reduce fuel burn.

Created in 2007, FDA started operations with two Embraer E170s. Over the last five years, its all-Embraer fleet has quadrupled. FDA’s fleet is instantly recognizable by its brightly coloured aircraft, some of which are painted green, pink, yellow and purple.

With aircraft based in Nagoya and Shizuoka, FDA links twelve secondary cities in Japan where demand is growing, such as Fukuoka, Sapporo and Hanamaki. Operating almost 50 flights each day, the airline has carried over 2.4 million passengers to date. FDA is part of the Suzuyo Group, which owns a full-flight simulator to provide pilot and fleet engineering training for its staff.

Fuji Dream Airlines was incorporated in June 2008 to be the Suzuyo Group’s air transportation arm. By entering the airline business and building on the convenience of Mt. Fuji Shizuoka Airport, Suzuyo contributes to Shizuoka’s economic development.

Copyright Photo: Akira Uekawa/AirlinersGallery.com. Embraer ERJ 170-200ST (ERJ 175) JA06FJ (msn 17000332) is one of the latest additions to the colorful fleet. Each aircraft is painted in a different color. JA06FJ taxies at the Mount Fuji Shizuoka Airport (FSZ).