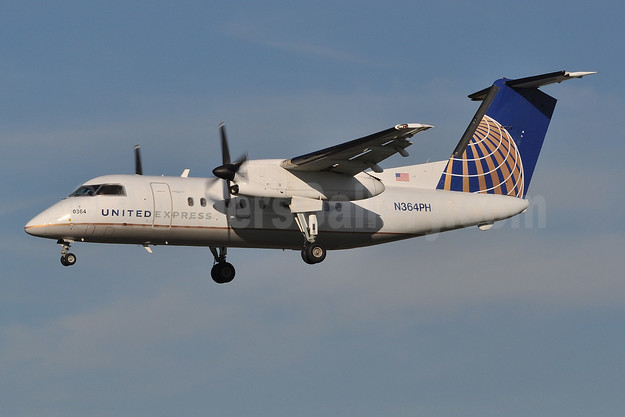 Delta Air Lines (Seattle/Tacoma) as previously reported, is building up its new and growing Seattle/Tacoma hub, the home of Boeing. The build-up at SEA is at the apparent expense of its “partner” Alaska Airlines (Seattle/Tacoma) which prides itself on being “all Boeing”. Delta believes the local Seattle market is much larger than one airline and continues its build-up.

According to the local newspaper, The Seattle Times, Delta is apparently now turning to Airbus for a new round of widebody aircraft over Seattle-favorite and the hometown manufacturer Boeing. According to the report, Delta has rejected Boeing’s offer of a mix of 777-300 ERs and 787-9 Dreamliners. Instead Delta will turn to rival Toulouse-based Airbus for a new order of 25 Airbus A350-900s and 25 A330-900neos. The prospective order has not yet been officially announced or confirmed by Airbus.

According to Delta, the earlier delivery slots offered by Airbus were critical in the decision. How will this play in the growing Seattle market where everyone knows someone who works for Boeing. Will this affect their booking decisions?

Delta has also delayed Northwest’s previous order for 18 Boeing 787-8 Dreamliners. Clearly Airbus is the winner for its widebody needs.

Delta, to their defense, is a large Boeing 737 and 777 customer and continues to take delivery of new 737s which helps the Seattle economy.

As the competition heats up more in the “battle for Seattle”, will Alaska play up that it is very loyal to Boeing?

Copyright Photo: Bruce Drum/AirlinersGallery.com. The large Airbus fleet came mainly from the merger with Northwest Airlines along with a lot of its management who now manage the current Delta.  Former Northwest Airbus A330-323 N801NW (msn 524) taxies to the international gate at Seattle-Tacoma International Airport.

Delta Air Lines (Atlanta) today announced plans to purchase 40 Airbus aircraft for delivery between 2015 and 2017. The order, which comprises 10 international wide body A330-300 and 30 large domestic narrow body A321 jets, is the latest step in Delta’s prudent fleet renewal to enhance profitability while diligently managing capacity.

Delta will be the first airline to operate the enhanced 242-metric ton A330-300, which offers additional payload capacity and range. Delta will use the aircraft’s versatility to optimize its Pacific and Atlantic networks.

The A330 will feature 34 full flat-bed seats with direct aisle access in BusinessElite, 32 extra-legroom seats in Economy Comfort and 227 Economy seats. The international aircraft will feature in-flight Wi-Fi and industry leading in-flight entertainment with a library of more than 1,000 on-demand options, as well as standard 110v power, modern interiors with LED lighting, and extra-capacity overhead bins.

Delta’s A321 will be equipped with CFM56-5B engines produced by CFM International, a joint venture of General Electric Co. and Snecma of France. Delta operates more than 200 aircraft in its fleet today with CFM56 engines, including all Airbus narrowbody aircraft. The A321s will also feature wingtip sharklets, which will provide up to 4 percent improvement in fuel efficiency.

The Airbus A321 will have 20 First Class seats, 22 extra-legroom seats in Economy Comfort and 148 seats in the Economy cabin. Every A321 will feature in-flight Wi-Fi, industry leading in-flight entertainment with live satellite TV and on-demand options, and standard 110v power. The A321 will also offer Economy cabin seats that are among the widest in the industry.

Delta is able to offer new service to Seoul and Hong Kong due to strong support of from its local Seattle and Pacific Northwest customers as well as its strategic partnership with Alaska Airlines. The new service will complement existing service to Shanghai, Beijing and Tokyo. All five destinations are the leading commercial centers in the region, a benefit for corporate customers traveling between the U.S. and Asia.

With these additions, Delta will serve 17 destinations in the Asia-Pacific region primarily via its U.S. gateways of Detroit, Seattle and Los Angeles, and via its hub in Narita. Since 2009, Delta’s Pacific capacity has increased over 20 percent, driven in large part by the development of Detroit and Seattle into core Asia gateways.

The Seattle-Tacoma area is one of Delta’s fastest-growing international gateways and last month the airline announced new nonstop service to London-Heathrow Airport beginning in March 2014. Since May, Delta service in Seattle/Tacoma has expanded from 33 peak-day departures to 13 destinations to its current schedule of 44 peak-day departures to 18 destinations, including six international markets. Delta has also invested $14 million in its facilities at Sea-Tac, including its recently completed lobby renovations, new Delta Sky Club, Sky Priority services, new gate area power recharging stations and expanded ticket counters.

Delta Air Lines (Atlanta) has thanked the U.S. Department of Transportation (DOT) for its preliminary approval of new service between Seattle/Tacoma and Haneda Airport in Tokyo.

Seattle is the largest West Coast city without nonstop service to Tokyo Haneda, which is the preferred Tokyo airport for many business travelers due to its proximity to the city’s central business district. The flight would complement Delta’s nonstop flight between Seattle/Tacoma and Tokyo (Narita), which will be expanded and upgraded next year to Boeing 747-400 service.

The Haneda flight, which is scheduled to begin in March 2013, will operate using Boeing 767-300 ER aircraft featuring full flat-bed seats in BusinessElite, Delta’s popular Economy Comfort seating and in-flight entertainment in every seat throughout the aircraft.

Delta’s international growth in Seattle/Tacoma is possible because of its partnership with Alaska Airlines (Seattle/Tacoma), which operates a domestic hub at Seattle-Tacoma International Airport. Customers of both carriers enjoy access to an expanded network under a major codesharing agreement, as well as reciprocal frequent flier benefits and airport lounge access. The new Tokyo-Haneda flight will benefit from easy connections to 55 U.S. cities on Delta and Alaska’s domestic networks.

Delta’s Ticket Window allows any of Facebook’s 500 million users to complete a full travel booking using a dedicated “tab” at facebook.com/delta without navigating to delta.com. Delta plans to expand its Ticket Window to other sites, including online banner ads to allow full booking capabilities within the airline’s advertisements.

The redesign of Delta’s home page is the first step toward a larger redesign which will continue to improve the online experience on delta.com and its affiliated technology, including airport kiosks, to offer more functionality to customers. The immediate home page changes include easier access to flight booking, status updates, online check-in and SkyMiles account information.