Did you know that Sea-Tac International Airport is home to several honeybee hives? Or that construction workers found the bones of a giant sloth while building a new runway in 1961? How about the fact that the airport was named Henry M. Jackson International Airport for about six months in 1984 to honor the state’s famous senator nicknamed “Scoop”?

This week, Alaska Airlines’ hometown hub celebrates the grand opening of its newest upgrade: the expanded North Satellite, with eight new gates and Alaska’s flagship 15,800-square-foot Lounge. The new Lounge offers sweeping views of the Olympic and Cascade mountains, as well as downtown Seattle, and welcomes guests with a grand fireplace. At the bar, guests will find a dozen beers on tap, including the Lounge Life IPA from Seattle’s Fremont Brewing, created just for Alaska Lounges.

As phase 1 of the North Satellite Modernization Project prepares for its grand opening this week, a look back on the airport’s history shows how far Sea-Tac – and Alaska Airlines – have come together.

What we call Sea-Tac today was built in 1944 to support the region’s aviation build-up for World War II. Its name is a tale of two cities, Seattle and Tacoma, combined to represent the airport’s location smack dab between the two (not to mention some investment from the city of Tacoma). Before the airport was built, customers waited for their flight in a Quonset hut heated by a single potbellied stove.

As traffic grew, so did the airport. The North Satellite addition opened in 1973, bringing expanded facilities and an ultra-modern people-mover train. Back then, no one had a smart phone and travelers satisfied their daily habit with Mr. Coffee makers at home — thus no need for Wi-Fi, plug-in power or espresso stands. At that time Sea-Tac’s traffic totaled 5.2 million passengers a year, and it was the only airport in the Lower 48 that Alaska Airlines served. (The airline also served 10 cities within the state of Alaska in the early 1970s.)

Fast forward: In 2018, 49.8 million passengers traveled through Sea-Tac — nearly half of them guests on Alaska flights — and Alaska Airlines now flies to more than 115 destinations across the nation, in Canada, Costa Rica and in Mexico.

After “pardoning our dust” for months, Alaska guests saw five new gates open in January. The second phase of the project will be fully underway at the end of July and will close all of the old North Satellite for renovation. By 2021, the North Satellite — where Alaska is the sole tenant — will hold a total of 20 new or newly renovated gates.

Here are a few things Alaska guests can look forward to as the North Satellite and the new Alaska Lounge opens Friday, July 12:

As Seattle’s hometown airline and airport, Alaska and Sea-Tac have really grown up together,” says Shane Jones, Alaska Airlines’ vice president for airport real estate and development. “The new and improved amenities in the North Satellite show how important it is to us to provide a modern, convenient and thoughtful experience for passengers flying in and out of our city.” 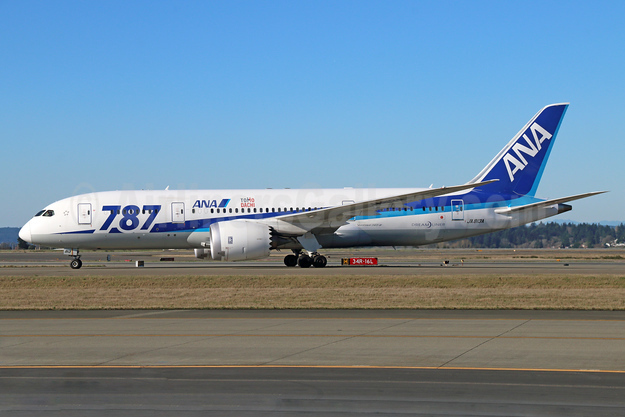 Alaska Airlines (Seattle/Tacoma), the Port of Seattle and Boeing (Chicago, Seattle and Charleston) are partnering to move toward a significant environmental goal: powering all flights by all airlines at Seattle-Tacoma International Airport with sustainable aviation biofuel. SeaTac is the first U.S. airport to lay out a long-term roadmap to incorporate aviation biofuel into its infrastructure in a cost-effective, efficient manner.

At the SeaTac fuel farm (above) today, executives for the port, Alaska Airlines, and Boeing signed a Memorandum of Understanding (MOU) to launch a $250,000 Biofuel Infrastructure Feasibility Study that will assess costs and infrastructure necessary to deliver a blend of aviation biofuel and conventional jet fuel to aircraft at Sea-Tac, a crucial step toward routine biofuel use in the future.

The partners’ longer-term plan is to incorporate significant quantities of biofuel into SeaTac’s fuel infrastructure, which is used by all 26 airlines and more than 380,000 flights annually at the airport. SeaTac is the 13th busiest airport in the U.S. and will serve over 42 million domestic and international passengers this year.

Joe Sprague, senior vice president of communications and external relations for Alaska Airlines, Sea-Tac’s largest carrier and leader of the airport’s fueling consortium, said the airline wants to incorporate biofuel into flight operations at one or more of its hubs by 2020, with SeaTac as a first choice for the Seattle-based airline.

The Port of Seattle will manage the $250,000 study as the biofuel roadmapping process and, as SeaTac Airport’s governing authority, would handle the engineering and integration of biofuel infrastructure on Port property such as the airport’s fuel farm. An RFP for the infrastructure study will be issued in the spring of 2016, and the study is expected to be completed by late 2016. Currently, aviation biofuels are not produced in Washington state and must be imported by truck, rail or barge.

Boeing, which partners globally to develop and commercialize sustainable aviation biofuel, is providing expertise about approaches to develop a regional biofuel supply chain to serve the airport, including fuel types, fuel producers, processing technologies and integration with airplanes.

Approved “drop-in” aviation biofuel is blended directly with regular petroleum-based jet fuel and used in airplanes without any changes to the aircraft or engines. Using sustainably produced biofuel reduces lifecycle carbon dioxide emissions by 50 to 80 percent compared to conventional petroleum fuel, according to the U.S. Department of Energy. Since 2011, when biofuel was approved for commercial aviation, airlines have conducted more than 2,000 passenger flights with a blend of biofuel and conventional petroleum jet fuel.

The Port’s Century Agenda Goal is to reduce aircraft-related carbon emissions at Sea-Tac Airport by 25% by 2037. The key strategy to reduce these emissions is through aviation biofuel. Historically, the Port has been a leader in supporting research and development of aviation biofuels, and as models of other international airports and airlines using biofuel emerge, Sea-Tac is also developing a market-support role.

In the past five years, Alaska Airlines has become a leader in the pursuit of finding a sustainable supply of biofuels. In 2011, Alaska was the first airline to fly multiple flights using a 20 percent blend of sustainable aviation biofuel made from used cooking oil and waste animal fat.

In the next year, Alaska will partner with Gevo, Inc. to fly the first ever commercial flight on alcohol-to-jet fuel. In addition, as a partner in the Washington State University-led Northwest Advanced Renewable Alliance (NARA), Alaska plans to fly a demonstration flight next year using a new aviation biofuel made from forest-industry waste. Fuel for both demonstration flights must first be independently certified. 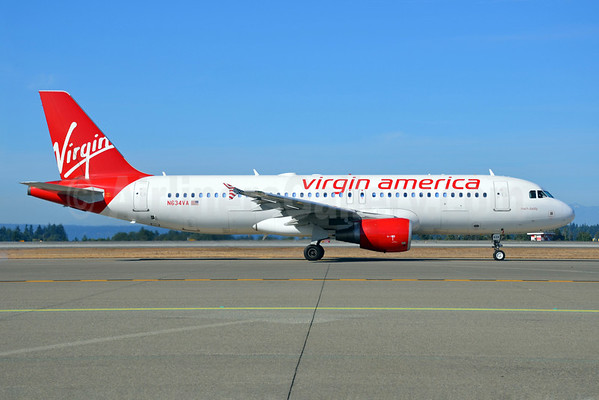 “Virgin America continued its strong financial performance in the third quarter with record earnings and margins,” said David Cush, Virgin America’s President and Chief Executive Officer. “We believe we are well-positioned to grow the airline while maintaining our low cost model, driving year-over-year industry unit revenue outperformance and improving ancillary revenue. We’re also investing in our product so that we can continue improving what is already the best, most consistent guest experience in the industry.” 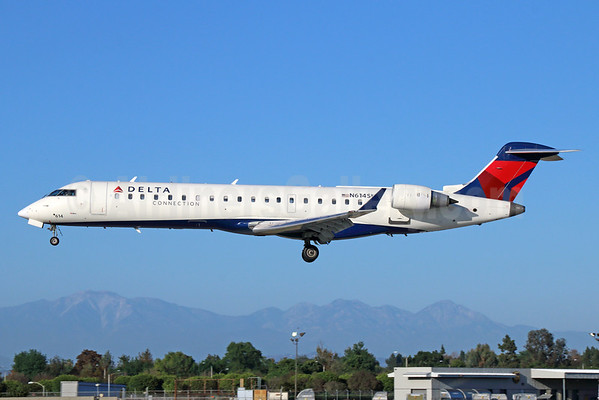 Icelandair (Keflavik) has announced further expansion from Seattle-Tacoma International Airport with 11 weekly flights starting on May 5, 2016, including the city’s only morning flights to Europe.

In response to the growing demand from the Pacific Northwest, Icelandair is adding four weekly flights from Seattle/Tacoma to complement their current daily service, including the only two international morning flights from SeaTac. With departures at 9:15 am on Wednesdays and Saturdays, passengers will now have more options to Paris-Charles de Gaulle and Scandinavia, including Copenhagen, Stockholm, Oslo, Helsinki and Gothenburg. These additional flights also give passengers more connections from Anchorage, Billings, Boise, Eugene, Fairbanks, Spokane, Portland, Calgary, Edmonton and Vancouver on Alaska Airlines, when traveling through their Seattle/Tacoma hub.

The airline is also adding twice-weekly Delta Connection Bombardier CRJ700 service from the Atlanta hub to both Marsh Harbour and North Eleuthera on December 19.

Copyright Photo: Michael B. Ing/AirlinersGallery.com. Formerly operated by Horizon Air at the Seattle hub, now the CRJ700 regional jet is being operated by SkyWest Airlines as a Delta Connection carrier at SEA. Bombardier CRJ700 (CL-600-2C10) N603QX (msn 10011) taxies to the runway at SeaTac.