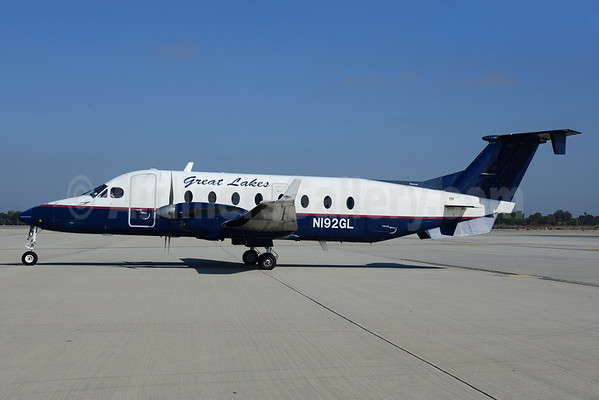 Airline officials expect to resolve the issue soon. Both sides are in negotiations to resolve the default according to the report. The lending company could however take back leased assets of the airline at any time.

Silver Airways (Fort Lauderdale/Hollywood) has made the important decision to drop the Cleveland hub following United Airlines’ (Chicago) decision to phase down and de-hub Cleveland Hopkins International Airport. The regional carrier has also made the decision to phase out and retire the remaining Beech 1900Ds and concentrate its fleet around the SAAB 340B.

As part of its plan to strengthen operations, simplify its fleet, increase revenue, reduce costs, and better position the airline for future growth and new markets, Silver Airways has announced plans to exit operations in its Cleveland network and retrain or redeploy its pilots, mechanics, and airport team members to operate its core SAAB 340B Plus fleet to its key markets.

Charles Howell, CEO released the following statement: “Due to the unintended consequences of the new congressionally mandated pilot regulatory requirements, the company feels it is in the best interest of our customers, communities, and employees to suspend service from these stations until we are able to rebuild our staff of pilots in order to provide reliable service. We deeply regret and apologize for this inconvenience.”

All customers with future flights in any of these stations will be given refunds.

Editor’s Comment: Many pilots and pilot groups (as the comments will attest) would strongly argue it is not a pilot shortage issue facing GLA but a pay issue. Simply put, higher pilot wages would probably attract more applications.

Updated Route Map: Despite its name, the airline does not serve a city on any of the Great Lakes.

Following a previously announced Request for Proposals (RFP), Air Canada has announced that it has signed an MOU to expand its relationship and amend its capacity purchase agreement (CPA) with Air Georgian. Air Georgian has been selected to operate a number of additional regional routes including trans-border routes in mid-2014 using Canadair Regional Jet aircraft.

“We are pleased to expand our longstanding commercial relationship with Air Georgian that will allow Air Canada to introduce more cost-competitive operations in a number of our key regional markets,” said Kevin Howlett , Air Canada’s Senior Vice President, Regional Markets. “The competitive bid process generated a significant level of response from a number of Canadian and U.S. regional operators. Following a thorough evaluation of proposals received, Air Georgian was selected on the basis of a broad range of criteria including operational safety, efficiency, cost and service. The award of additional flying to Air Georgian is an important step in our regional airline diversification strategy and ongoing cost transformation program.”

“We are excited with this opportunity to expand Air Georgian’s presence as an Air Canada Express regional operator beginning in 2014,” said Eric Edmondson , President of Air Georgian. “The selection of Air Georgian for this expanded role is based on our proven ability to offer seamless connections and service for Air Canada customers that is of mutual benefit for both airlines. We look forward to continuing to expand our relationship, building on our solid partnership with Air Canada that has developed over the past 13 years.”

The implementation of the amendment to the CPA remains subject to the parties making any necessary filings, obtaining regulatory approvals and finalizing documentation.

Air Georgian has been providing aviation services and charter flight solutions for more than 25 years. Air Georgian also operates and/or maintains a fleet of corporate jets from its base in Toronto. Air Georgian is an IATA registered airline and recently achieved the coveted ARGUS Platinum Audit Rating along with IS-BAO Stage 1 registration.