Transatlantic airline Icelandair has launched its new Buddy Hotline service to connect passengers with Icelandair Buddies for personalized travel recommendations. The service aims to support travelers during or in the planning of their trip by providing trusted advice from locals.

Travelers can directly connect with a Buddy by phone or via an online messenger, to receive the ultimate ‘insider’ advice to make the most of their time away. From where to find the best fish restaurant in town, to where to discover a beautiful hidden spot for a picnic or enjoy a secluded geothermal hot pool, Icelandair’s Buddies will have the answer.

All Buddies are members of the Icelandair team who are knowledgable and passionate about promoting responsible tourism in the country.

A new global study conducted by Icelandair revealed that over one quarter of Americans (27%) feel overwhelmed by the travel planning process, and  52% feel ‘anxious,’ ‘stressed,’ or ‘confused’ about what they should see or do during their trip.

These feelings are further exacerbated with trust in reviews and recommendations at a new low. Research reveals that 71% of Americans are more aware of the existence of fake reviews than five years ago, which has resulted in 82% trusting reviews considerably less.

From discovering hidden gems to experiencing authentic local culture, there is a growing appetite among travelers to explore the ‘real’ location they’re visiting, and 68% of Americans expressed interest in having direct access to local knowledge for a more authentic experience. In addition to seeking advice from locals, many like to feel like a native while in another country, with over one third (36%) eating like a local and 43% shopping locally in an attempt to travel more sustainably.

“Our new Buddy Hotline service feeds this consumer appetite for ‘insider’ knowledge and is a great fit with our staff who, as Icelanders, have such a passion for warmly welcoming and hosting travelers from across the world.”

The Icelandair Buddies have a diverse range of personal passions and hobbies which will shine through with their advice for passengers.

The Buddy Hotline launches today and is available to all Icelandair passengers to enjoy from April 10 – May 8, 2019. To find out more about Icelandair’s Buddy Hotline and to take advantage by booking now visit icelandair.com/BuddyHotline.

In case of minimizing interruption to Icelandair’s flight schedule following the suspension of the Boeing 737 MAX aircraft, Icelandair has entered into a leasing agreement regarding two Boeing 767 aircraft.

The first aircraft comes into operation mid-April but the second at the beginning of May and both aircraft will be in operation until the end of September. These are 262-seat aircraft with two classes and an entertainment system. Icelandair is currently working on leasing the third aircraft that would be added to its fleet in the summer 2019.

Furthermore, Icelandair is reviewing its flight schedule for the summer 2019 following significant changes in the competitive environment. If the Boeing 737 MAX aircraft come back into operation in June or earlier, Icelandair has the possibility of increasing its flight frequency during hightseason from its original plans due to the above-mentioned addition to the fleet. 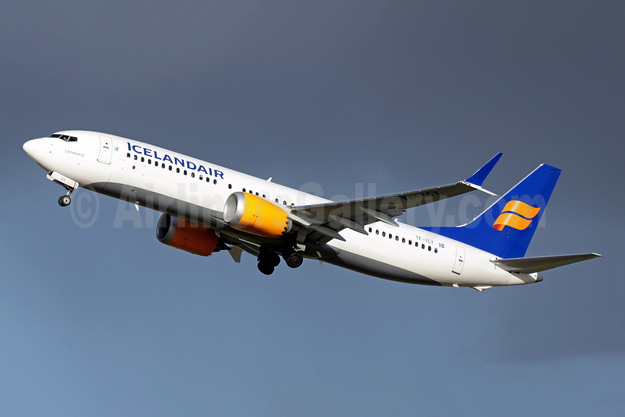 The Company will follow any further developments closely, working with local, European, and American authorities regarding next steps. Based on the available information, Icelandair’s thorough safety processes and the training of its crew, the Company is confident in the safety of the Boeing 737 MAX 8 aircraft.

In the short term, this decision will not have a material impact on the Company’s operations since it only affects 3 passenger aircraft of a total fleet of 33, which creates flexibility to respond in the coming weeks.

BOC Aviation Limited has announced that it has delivered its first Boeing 737-9 MAX 9 aircraft to its newest customer, Icelandair. The aircraft will be powered by CFM LEAP-1B Engines. 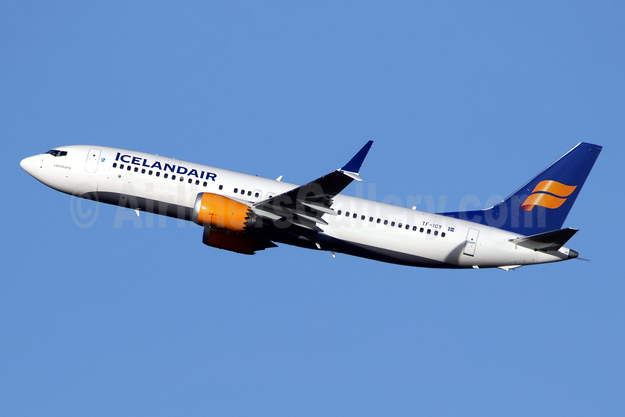 “2018 was a difficult business year. Results fell short of our projections at the beginning of the year, which was characterised by strong competition, low and frequently irrational fares and significant fuel price increases. At the same time, changes in our sales and marketing operations and Route Network had a negative impact on our performance.

Our mission is clear: to improve the Company’s profitability and strengthen our operations for the future. Changes in the Company’s organisational structure have already been made to reflect our emphasis on our core operation, which is aviation. We are currently taking a number of measures, both on the revenue and expense side, which should result in improved operations in 2019. These measures include modifications in capacity to achieve a better balance in the Route Network between Europe and N-America, which will facilitate control and maximize revenue. We have also placed increased emphasis on ancillary revenue and on strengthening our sales and marketing activities, as well as an implementation of a new revenue control system is in its final stages. Furthermore, in the spring 2019, a new connection bank will be added alongside the current connection bank, which will improve resource utilisation as well as increase capacity and revenue. In addition, the Group’s domestic flight operations are currently under review.

It is clear that we are faced with uncertainty in our operating environment and our competitive environment is changing. However, our Company benefits from its strong foundations as well as our talented and capable people. The financial position of the Company is strong, and I am convinced that we are well positioned to take on the challenges and seize the opportunities that lie ahead.”

The acquisition of Icelandair Group of Wow air, based on a purchase agreement signed on November 5t, 2018 has been cancelled. Both parties agree on this outcome.

Icelandair Group hf. issued a stock exchange release last Monday, November 26, 2018 stating that the company estimated that it would be unlikely that all of the conditions in the share purchase agreement would be fulfilled by the shareholders’ meeting on November 30, 2018. That situation remains unchanged.

Due to this this situation, both parties agree to abandon the aforementioned purchase agreement.

“The planned acquisition of Icelandair Group of Wow air will not go through. The Board of Directors and management of both companies have worked on this project in earnest. This conclusion is certainly disappointing. We want to thank WOW air‘s management for a good cooperation in the project during recent weeks . All our best wishes go out to the owners and staff of the Wow air. ”

“It was clear at the outset that it was an ambitious task to complete all the conditions of the share purchase agreement in this short period. We thank the Icelandair Group’s management team for this challenging project, and also wish the management and staff of Icelandair Group all the best.” 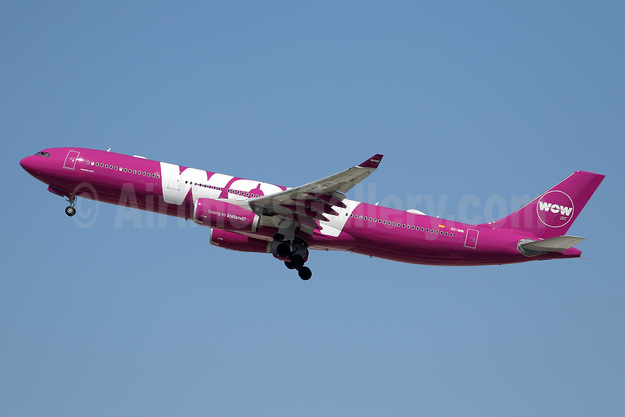 Icelandair Group has made this announcement:

Icelandair Group has entered into a share purchase agreement to purchase all shares in the airline WOW air.

The acquisition is subject to, approval by Icelandair Group‘s shareholders, the approval of the Icelandic competition authorities and a due diligence. As consideration for the shares, the shareholders of WOW air will, subject to conditions, receive a total of 272.341.867 shares or the equivalent of 5.4% of Icelandair Group‘s shares after the transaction. Thereof, 178.066.520 shares or 3.5% of the shares as consideration for the sold shares. The consideration can increase to 4.8% or decrease to 0.0% in accordance with certain conditions set forth in the share purchase agreement.  94.275.347 shares or 1.8% of the shares will be paid due to conversion of a subordinated loan into equity. All of sellers’ shares in Icelandair Group will be subject to restrictive covenants for 6 months and half of the shares will be subject to restrictive covenants to further six months.

The companies will continue to operate under separate brands. Their combined market share on the transatlantic market is around 3.8%. The acquisition creates opportunity for both companies to become even better prepared to provide international carriers with strong competition in the international airline market.

Bogi Nils Bogason, Interim President & CEO, Icelandair Group: „WOW air has in recent years built a strong brand and enjoyed great success in the company‘s markets to and from Iceland and across the Atlantic.. There are many opportunities for synergies with the two companies but they will continue to operate under their own brands and operating approvals. The tourism industry is one of the cornerstones of the Icelandic economy and it is important that flights to and from Iceland will remain frequent.“

Skúli Mogensen, CEO and founder of WOW air: „I am very proud of the success and development that we at WOW Air have enjoyed in the past few years and I am thankful for the response we have received since our very first flight. We have created a strong team that has reached remarkable success and has been a pioneer in low cost flights across the North-Atlantic. A new chapter now starts where WOW air gets an opportunity to grow and prosper with a strong backer like Icelandair Group that will strengthen the foundations of the company and strengthen its international competitiveness even further.“