“Airline workers should not have to continue to bear the burden of this global pandemic’s economic effects due to ongoing travel restrictions,” said Jerry Dias, Unifor National President. “What workers need is for the federal government to take immediate action to develop an effective airlines strategy that preserves Canadian jobs.”

The reduction in service was announced because of ongoing COVID-19 travel restrictions as part of the government’s pandemic response. Air Canada announced today that approximately thirty routes have been cancelled and eight airport stations will be closed indefinitely.

“We fully understand the difficult situation the pandemic has created for the global industry, but our airline workers are counting on the Prime Minister to take leadership to support and preserve Canada’s airline industry, said Euila Leonard, President of Unifor Local 2002.

On March 28, 2020, Unifor joined with other Canadian airline unions in sharing concerns and providing solutions to help bring stability and prosperity back to the industry. Unifor has specifically called on the government to ensure that any aid package delivered to any sector, including air travel, must be accompanied by strong, enforceable conditions that ensure funds are dedicated to maintaining current workers’ income and creating new opportunities for employment.

Unifor is Canada’s largest union in the private sector and represents 315,000 workers in every major area of the economy. The union advocates for all working people and their rights, fights for equality and social justice in Canada and abroad, and strives to create progressive change for a better future.

De Havilland Aircraft of Canada Limited and Jazz Aviation LP announced today that Jazz will be the first operator for the recently approved Dash 8-400 Simplified Package Freighter. Under the agreement, Jazz has ordered the Service Bulletin and conversion kits for up to 13 Dash 8-400 aircraft. De Havilland Canada will be the exclusive supplier of all future Dash 8-400 aircraft Simplified Package Freighter modifications for Jazz’s fleet.

“The reconfiguration of Dash 8-400 aircraft into Simplified Package Freighters can be quickly achieved by the removal of seats and seat track covers in the passenger cabin. The reconfiguration, which includes the use of up to 17 nets will provide a potential total payload of up to 17,960 lb. and a total cargo volume of up to 1,150 cubic feet per aircraft,” said Todd Young, Chief Operating Officer, De Havilland Canada.

“We will work with Jazz to quickly put their Dash 8-400 Simplified Package Freighters into service and look forward to supplying this solution to other Dash 8-400 aircraft operators around the world to assist in the re-deployment of their fleets to meet the growing demand for airlift of essential supplies during the COVID-19 pandemic.” 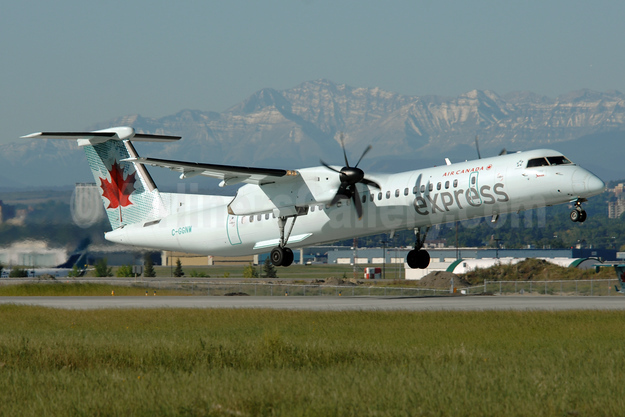 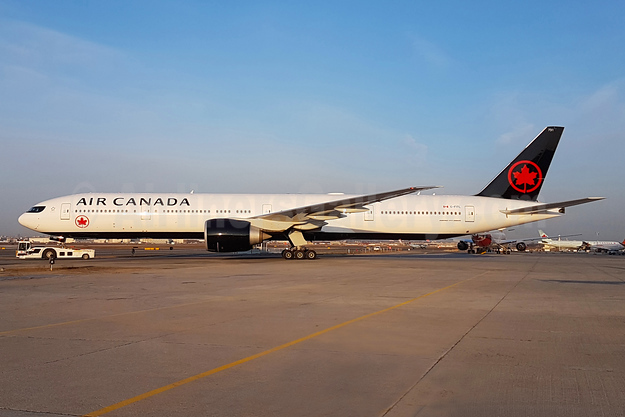 Chorus Aviation Inc. (Jazz Aviation) (Halifax) has announced that it has entered into an agreement to acquire all of the issued and outstanding shares of 519222 Ontario Limited, a holding company that owns Voyageur Airways (North Bay, Ontario) and its related companies, a leading provider of specialized aviation services with international operations.

Voyageur, a Transport Canada approved air operator, is an integrated provider of specialized aviation services, including contract flying operations both internationally and domestically, and offers advanced engineering and maintenance capabilities. Voyageur was founded almost 50 years ago in 1968, and is a private company headquartered at its 200,000 square foot facility in North Bay, Ontario. The company primarily operates within two aviation services sectors:

Specialized contract flying operations. The company operates medical, logistical and humanitarian flights serving blue chip clients comprised primarily of government entities and international non-governmental organizations. Voyageur has a total of 18 aircraft of which 13 are owned and 5 leased with the majority being Bombardier DHC-8-300 and CRJ200 aircraft. Voyageur currently operates in Canada, Africa and Central Asia.

Specialized engineering and advanced maintenance operations. As a certified Design Approval Organization by Transport Canada, the company has developed a number of Supplemental Type Certificates for modifications and improvements for Bombardier regional aircraft. The company is an ‘approved organization’ under Transport Canada, United States Federal Aviation Administration and European Aviation Safety Agency regulations. The company has full in-house design engineering and aircraft modification capabilities for special mission integration and support requirements along with parts sales and manufacturing. The company also has storage and parking capabilities for up to 65 regional aircraft at its North Bay facility.
Voyageur also operates a small fixed-base operation at the North Bay airport providing services such as aircraft fueling, ground handling and aircraft hangar and storage facilities.

The purchase price, on a cash free/debt free basis, represents a total enterprise value of approximately $80 million, subject to closing working capital adjustments. Utilizing cash on hand, $47.0 million will be paid at closing, along with the issuance of $8.0 million in Chorus Class B Voting Shares. Approximately, a further $25 million in deferred cash payments will be paid in separate installments over the 36 month period following the closing. The $80 million purchase price is supported by the appraised value of Voyageur’s owned aircraft, real estate and working capital.

The $80 million purchase price represents an attractive multiple of approximately 4.7 times 2014’s adjusted EBITDA1, and will be immediately accretive to Chorus’ consolidated earnings and free cash flow1. This transaction is expected to deliver a healthy return on investment to shareholders, and does not have a negative impact on the current dividend policy.

Closing of the transaction is expected to occur in the second quarter of 2015 and is subject to certain closing conditions, including receipt of TSX, regulatory and other third party approvals, and completion of certain remaining due diligence.

Copyright Photo: TMK Photography/AirlinersGallery.com. De Havilland Canada DHC-7-102 Dash 7 C-GLOL (msn 39) arrives at Toronto (Pearson). Since this photo, the aircraft has been operating for the United Nations in Africa.

Air Canada (Montreal) has announced it is launching nonstop service between its Toronto Pearson hub and Atlantic City, New Jersey. The seasonal service, to be flown by Air Canada Express, operated by Jazz Aviation (Halifax), will offer four roundtrips trips a week beginning May 22, 2015.

Air Canada’s service between Toronto Pearson and Atlantic City International Airport will be operated four days a week from May 22 to September 7, 2015, using a 74-seat Bombardier DHC-8-402 (Q400) aircraft.

Air Canada (Montreal) said today that its amended and extended capacity purchase agreement (CPA) with Chorus Aviation Inc., parent company of Jazz Aviation LP (Halifax), has been concluded with all terms and conditions now met. The agreement provides both parties with greater stability and significant cost reductions through a better alignment of their interests.

Air Canada estimates the new agreement will result in approximately $550 million in financial value over the next six years as compared to the previous CPA, of which two-thirds will be in network optimization benefits. The remaining benefits will be spread across several cost areas. Annual benefits in 2015 are expected to increase operating income by approximately $50 million as Air Canada implements the new CPA, increasing each year throughout the following five years.

The highlights of the new CPA include:

Simplification and modernization of the Jazz fleet which will provide improved service and greater efficiency through the addition of 23 Bombardier Q400 aircraft;

Modification of Jazz’s CPA fee structure, moving from a “cost plus” mark-up to a more industry standard fixed fee compensation structure. This will provide more cost certainty and better align the cost reduction goals of both Air Canada and Jazz. This eliminates non-value added costs and the necessity of the 2015 benchmarking exercise.

The Companies also announced Chorus and Jazz as the launch customer and operator for the industry’s first Dash 8-300 aircraft Extended Service Program that will extend the life of the Dash 8-300 turboprop to 120,000 flight cycles from the original 80,000 flight cycles.

Jazz Aviation LP (Air Canada Express) (Halifax), a wholly owned subsidiary of Chorus Aviation Inc., has announced that its pilots, represented by the Air Line Pilots Association (ALPA) have ratified their tentative agreement reached on January 13, 2015. The term of this agreement is 11 years expiring on December 31, 2025.

ALPA represents approximately 1380 pilots employed at Jazz. The term of the pilot agreement is consistent with the 11 year term of Chorus’ proposed amended capacity purchase agreement with Air Canada (that remains subject to the completion of certain terms and conditions), and therefore provides long-term labor stability. The new collective agreement also provides for productivity enhancements, cost control measures and incentives to grow at competitive rates.