Finnair has acquired 60% of Nordic Regional Airlines AB (Norra) from Staffpoint Holding Oy (StaffPoint) and Kilco Oy (Kilco). Finnair currently owns 40% of the company, and following the transaction Norra will transfer full ownership to Finnair on an interim basis. The transaction has no impact on Norra’s operations or personnel.

Norra operates Finnair’s domestic and European routes as purchase traffic with a total of 24 ATR and Embraer aircraft. Following the changes in StaffPoint’s ownership base disclosed on 5 October 2017, StaffPoint and Kilco have decided to withdraw from the ownership of Norra. Finnair aims to find a new majority owner for Norra.

”Recent years have shown that the partnership model can be successful in domestic and regional purchase traffic. Our aim is to find a new, industrial partner to develop Norra’s business further with us,” says Finnair COO ­Jaakko Schildt.

The transaction requires approval by the Finnish Competition and Consumer Authority.

Finnair (Helsinki) has announced its has received permission to transfer its 60 percent stock ownership in Nordic Regional Airlines to StaffPoint Holding Oy and Kilco Oy. Finnair wiill retain a 40 percent interest in the regional feeder airline. Here is the official statement:

The Finnish Competition and Consumer Authority has approved the transaction in which Finnair transfers 60% of the shares in Nordic Regional Airlines AB to StaffPoint Holding Oy and Kilco Oy. Upon completion of the sale, StaffPoint’s ownership in the joint venture will be 45%, Kilco’s 15% and Finnair’s 40%. The transaction is expected to close in November 2015. 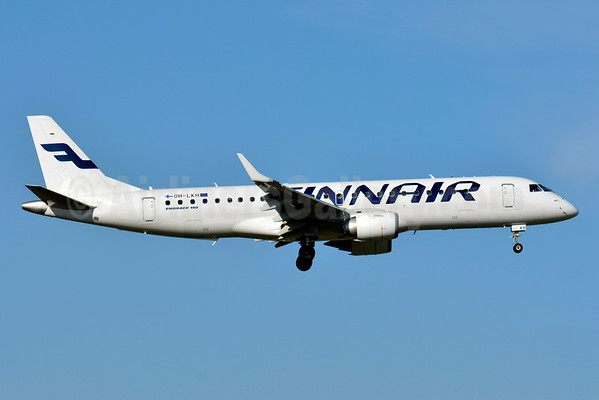 Flybe Finland (Helsinki) will become Nordic Regional Airlines in May reflecting the recent change in ownership. The name change still requires approval by the Trade Register, which is expected to take place in early May.

According to the airline’s CEO Maunu Visuri, “The new name reflects our company’s core business, i.e. the regional flying. Our goal is to continue to be a high-quality and skilled Nordic airline to offer excellent service to their customers.”

A new look will be unveiled in the early summer and the transformation will be implemented in stages during 2015.

All images by Flybe Finland.