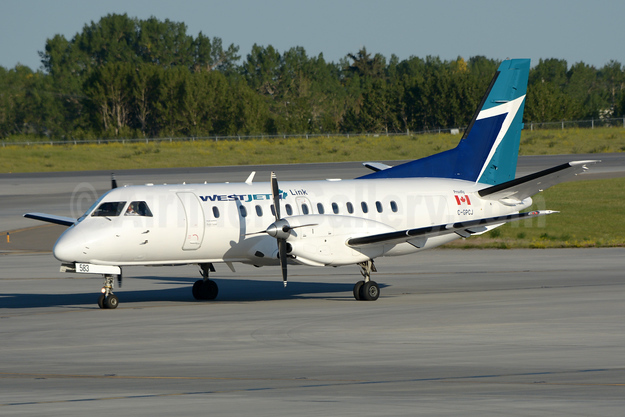 WestJet on September 8 launched its newest route with the departure of WestJet Link flight 3027 connecting Calgary and Dawson Creek, B.C.

The inaugural marks a new link for the regions’ business, travel and tourism markets as WestJet becomes the only carrier to provide nonstop service between the Peace River Region and its largest hub in Calgary, where the airline is the largest carrier, offering the most seats and flights.

With the addition of Calgary–Dawson Creek service, WestJet Link now operates five routes between Calgary and Cranbrook, Lethbridge, Lloydminster and Medicine Hat and three between Vancouver and Cranbrook, Nanaimo and Comox.

Details of WestJet’s service between Calgary and Dawson Creek: 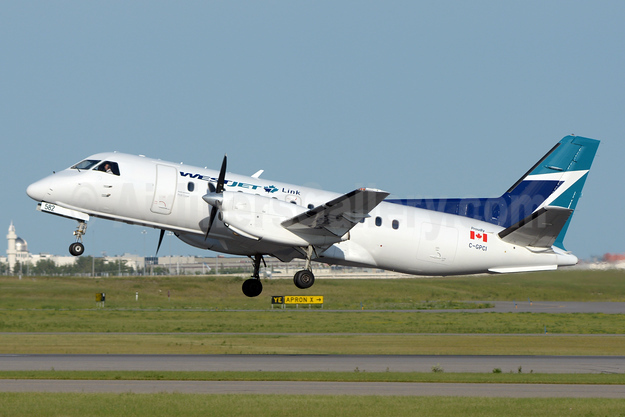 WestJet’s regional air service, WestJet Link on October 27 celebrated the expansion of its services following its inaugural flight between the airline’s hub in Vancouver and Cranbrook, B.C.

Since its inception in June 2018, WestJet Link has operated more than 7,000 flights between WestJet’s home and largest hub in Calgary to Cranbrook, Lethbridge, Lloydminster, Medicine Hat and Prince George. In just over a year more than 200,000 guests have benefited from more convenient travel and better connectivity onto WestJet’s larger network through WestJet Link.

WestJet Link is operated through a capacity purchase agreement with Pacific Coastal Airlines using its fleet of WestJet-branded 34-seat Saab 340B aircraft. Each aircraft includes six seats available in WestJet Premium, offering guests advanced boarding, no-charge for two checked bags and seating at the front of the aircraft.

This winter, WestJet will operate more than 75 daily departures from Vancouver International Airport to 29 destinations.

Details of WestJet Link’s service between Vancouver and Cranbrook:

WestJet’s newest air service, WestJet Link is celebrating carrying more than 195,000 guests in its first year of operation between Calgary and five cities in British Columbia and Alberta.

Since its inception last June, WestJet Link has operated over 7,000 flights between WestJet’s home and largest hub in Calgary to Cranbrook, Lethbridge, Lloydminster, Medicine Hat and Prince George.

WestJet Link is operated through a capacity purchase agreement with Pacific Coastal Airlines using its fleet of WestJet-branded 34-seat SAAB 340B aircraft. Each aircraft includes six seats available in WestJet Premium, offering guests advanced boarding, no-charge for two checked bags and seating at the front of the aircraft.

WestJet continues to offer more flights than any other airline to more destinations from Calgary with an average of 975 flights per week to 67 non-stop destinations.

These new routes add to WestJet’s existing leadership position in Calgary, offering more flights and seats to more destinations than any other airline with an average of 147 daily departures to 49 destinations.

All WestJet Link flights are operated by Pacific Coastal using its fleet of 34-seat SAAB 340B aircraft (below). Each aircraft includes six seats available in WestJet Plus, offering guests advanced boarding, no-charge for two checked bags and seating at the front of the aircraft.

Pacific Coastal Airlines
A privately owned, British Columbia-based regional airline operating from Vancouver International Airport’s South Terminal (YVR), Pacific Coastal is the third largest airline at YVR in annual takeoffs and landings. It flies to 15 airports and connects to more than 50 destinations in the province, from as far east as Cranbrook in the Rocky Mountains and as far north as Prince George and Masset on the legendary island of Haida Gwaii. 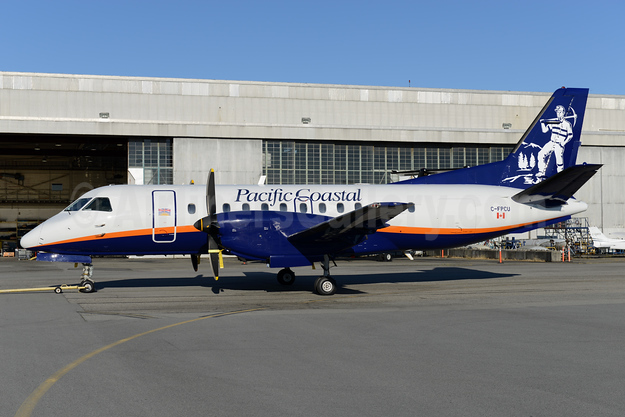 WestJet has announced a delay in the launch of WestJet Link, a capacity purchase agreement between WestJet and Pacific Coastal Airlines, to June 2018. The delay comes as Pacific Coastal continues their work in order to be fully able to meet WestJet’s operational requirements.

All WestJet Link flights will be operated by Pacific Coastal using 34-seat Saab 340B aircraft painted in WestJet colors. 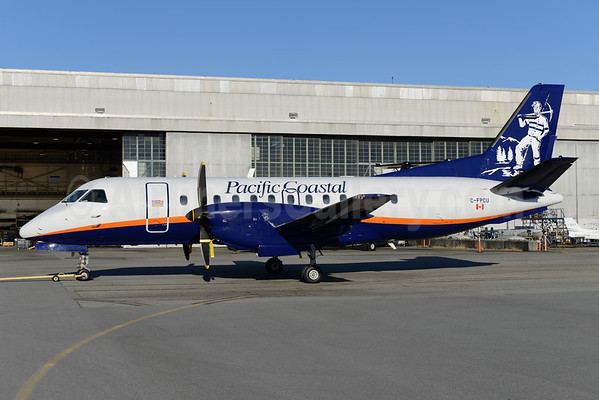