ExpressJet Airlines has announced its reboot with the launch of aha!, its “air-hotel-adventure” leisure brand.

Combining value-priced fares and nonstop flights, aha! will begin flying from its home base at Reno-Tahoe International Airport on October 24, 2021 to eight cities across the western United States.

aha! will serve each community three times a week with 50-seat Embraer ERJ145 regional jets. In the coming months, aha! plans to reach more than 20 destinations, from Reno-Tahoe, in the western United States.

aha! is powered by ExpressJet Airlines, which has operated reliable air services to hundreds of smaller cities in the United States for 35 years.

Skytrax has announced the results of its surveys for 2021:

The World’s Top 100 Airlines for 2021 as voted by airline customers around the world sees Qatar Airways ranked No 1, with Singapore Airlines in 2nd and ANA All Nippon Airways in 3rd position.

The 2021 Awards are based on a much extended customer survey period from September 2019 to July 2021, representing a mix of normal travel times combined with travel during the global pandemic. 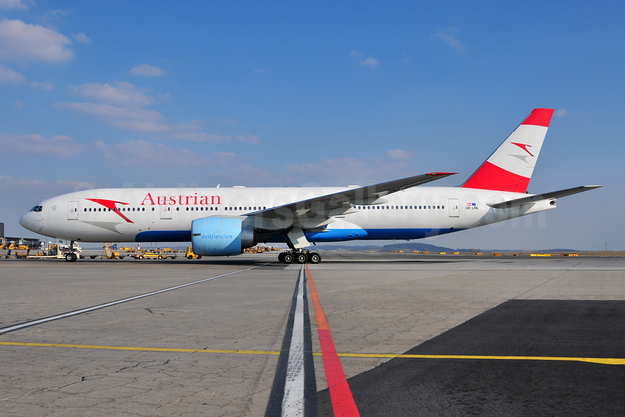 Austrian Airlines has announced flights again to Cancún, Mauritius and the Maldives in time for the winter.

With a direct connection to the Maldives, the red-white-red home carrier will fly to Malé three times a week from October 21, 2021.

Additionally, Mauritius will be reintroduced into the flight schedule. The Austrian home carrier will take off to the sunny island in the Indian Ocean up to three times a week from October 23, 2021.

To immerse in the history of the Maya and simply unwind on the Mexican Caribbean coast, Austrian Airlines takes off to Cancún in sunny Mexico twice a week from October 24, 2021. The last flight to this holiday destination was back in 2006.

In other news, Austrian will restore the Montreal route on October 1.

CMA CGM Group launched its dedicated air freight division, CMA CGM AIR CARGO, in February 2021, commencing commercial operations in March with its first flight between Liege (Belgium) and Chicago, followed by flights to New York, Atlanta, and Dubai. CMA CGM AIR CARGO represents a major new component of the CMA CGM Group in both operational and commercial terms. It is also a new milestone in the Group’s strategic development into logistics.

The Boeing 777 will provide CMA CGM AIR CARGO the flexibility to operate the airplane across its growing air freight network while helping to deliver on its sustainability objectives as the CMA CGM Group pursues its commitment to offer its customers a complete range of transportation and logistics solutions.

The CMA CGM Group’s 542 containerships serve more than 420 ports around the world and transported in 2020 nearly 21 million TEU (twenty-foot equivalent units) containers. With its logistics arm, CEVA Logistics, a world leader in logistics services, CMA CGM handles 400,000 tons of airfreight and 2.8 million tons of inland freight every year. CMA CGM is constantly innovating to offer customers new maritime, air, inland and logistics solutions. Headed by Rodolphe Saadé and present on every continent and in 160 countries through its network of more than 400 offices and 750 warehouses, the Group employs more than 110,000 people worldwide, of which 2,400 are in Marseille, France, where its global head office is located. In the United States, CMA CGM Group, which is headquartered in Norfolk, Va., employs more than 12,000 people. Its subsidiary, American President Lines (APL), operates a fleet of U.S.-flagged vessels and supports U.S. territories and American military stationed around the world.

Avelo Airlines announced today that it is continuing to expand the airline’s West Coast network with new nonstop seasonal service between Hollywood/Burbank and Tucson, Arizona.

When service begins on December 16, 2021, Tucson will be Avelo’s 19th destination nationwide and 11th destination the airline serves from its West Coast base at LA’s most convenient and popular airport – Hollywood Burbank Airport (BUR). Avelo’s twice-weekly direct service between BUR and Tucson International Airport (TUS) will be operated by Boeing Next Generation 737-800 aircraft.

The flight will operate on Thursdays and Sundays. Flight 143 departs BUR at 5:40 p.m., arriving TUS at 8:10 p.m. Flight 144 departs TUS at 8:50 p.m., arriving BUR at 9:30 p.m. Avelo will also offer additional flights on select Tuesdays and Saturdays during the end-of-year peak holiday season.

As comparisons between 2021 and 2020 monthly results are distorted by the extraordinary impact of COVID-19, unless otherwise noted, all comparisons below are to August 2019 which followed a normal demand pattern.

Economic conditions continue to support air cargo growth but are slightly weaker than in the previous months indicating that global manufacturing growth has peaked:

“Air cargo demand had another strong month in August, up 7.7% compared to pre-COVID levels. Many of the economic indicators point to a strong year-end peak season. With international travel still severely depressed, there are fewer passenger planes offering belly capacity for cargo. And supply chain bottlenecks could intensify as businesses continue to ramp up production,” said Willie Walsh, IATA’s Director General.

Asia-Pacific airlines saw their international air cargo volumes increase 3.0% in August 2021 compared to the same month in 2019.This was a slowdown in demand compared to the previous month’s 4.4% expansion. Demand is being affected by an easing in growth momentum in key activity indicators in Asia, and by congested supply chains especially on Within Asia and Europe-Asia routes. International capacity is significantly constrained in the region, down 21.7% vs. August 2019.

European carriers saw a 6% increase in international cargo volumes in August 2021 compared to the same month in 2019. This was on a par with July’s performance. Manufacturing activity, orders and long supplier delivery times remain favorable to air cargo demand. International capacity decreased 13.6%.

Latin American carriers reported a decline of 14% in international cargo volumes in August compared to the 2019 period, which was the weakest performance of all regions. Capacity remains significantly constrained in the region, with international capacity decreasing 27.1% in August, the largest fall of any region.

African airlines’ saw international cargo volumes increase by 33.9% in August, the largest increase of all regions. Investment flows along the Africa-Asia route continue to drive the regional outcomes with volumes on the route up 26.4% over two years ago. International capacity decreased 2.1%.

Air India opens for bids, but investment in the struggling airline could prove risky, says GlobalData

Europe and the Middle-East

With the addition of Lanzarote as from October 31, Brussels Airlines strengthens its presence on the Canary Islands, where it will also fly to Tenerife and Gran Canaria this winter. To these last two destinations additional frequencies are added during the Belgian school holidays. With flights on Thursdays and Saturdays, Lanzarote is the ideal destination for both short and longer winter vacations in the sun.

Kiev will again join the network, as of December 16. Also new in the winter schedule of Brussels Airlines is the continuation of Yerevan, which was previously only offered during the summer season. Flights to Yerevan will be operated twice a week.

Brussels Airlines will offer flights to Greek destinations Athens, Heraklion, Kos and Rhodes and Italian destination Naples until the end of the autumn holidays.

In the Middle East, Tel Aviv and Yerevan will be served eight and two times a week respectively.

Since the announcement of the US government to lift the current travel ban in November for fully vaccinated passengers, Brussels Airlines has noted a significant increase in bookings for its flights to New York (JFK). The airline has planned to operate four frequencies per week during the winter season and might add extra flights to the schedule during the winter holiday period if the market demand continues to grow.