South African Airways-SAA (Johannesburg) will resume its daily nonstop flights between Johannesburg, South Africa, and New York-JFK International Airport, on March 7. The resumption of the nonstop service on the northbound flight from Johannesburg to New York-JFK will reduce the overall travel time on the route by nearly 90 minutes.

While SAA’s flight from New York-JFK to Johannesburg is operating daily on a nonstop year-round basis, the northbound flight has been temporarily making a one-hour refuelling stop in Dakar, Senegal, due in part to lower travel demand during the winter months. The nonstop flights in each direction are timed conveniently to connect in Johannesburg with SAA’s extensive route network in Southern Africa of over 55 destinations and in New York with flights to over 35 cities in the U.S. and Canada through our code share partners JetBlue Airways, United Airlines and Air Canada.

In other news, is the flag carrier technically bankrupt? According to the AFK Insider:

“The country’s state carrier, South African Airways (SAA), has been struggling to keep its fleet in the skies with a crippling debt of $1.5 billion and has had to receive a couple of state sponsored bailouts, including a recent 6.5 billion rands ($560 million) guarantee to keep liquidators off its back. This adds to a 5 billion rands guarantee already in place for the Treasury.”

Previously on November 4, Mahan Air celebrated the launch of scheduled flights from Tehran to Beijing nonstop service linking the capitals of Iran and People’s Republic of China and marking the carrier’s 14th international destination. It is also the airline’s first regular flight to China.

The thrice weekly flights are operating via 299-seat Airbus A340-300 in two class configuration. Beijing is Mahan Air’s third new international route after Yerevan and Shiraz to Dubai which were inaugurated in summer 2014. 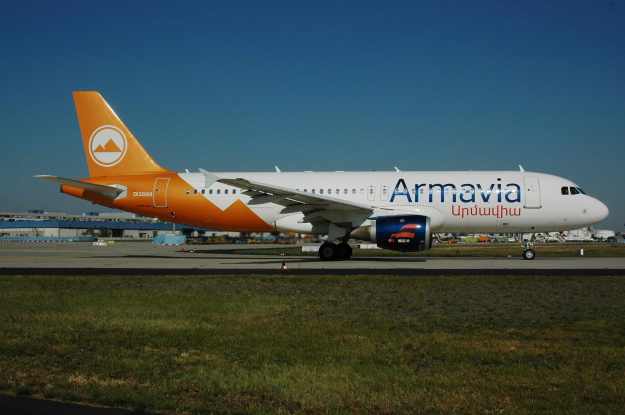 Copyright Photo: Bernhard Ross. Please click on photo for information and other photos.