Avion Express has announced that the company will be continuing its partnership with SunExpress for the summer season of 2022.

During the season, Avion Express will damp-lease 6 aircraft to operate on behalf of SunExpress in the Antalya Airport (AYT) base.

SunExpress is a joint airline venture of Lufthansa and Turkish Airlines. This summer season, the airline has been flying to 15 cities in Turkey, including, Antalya, Konya, and Mardin, as well as international destinations, which include Beirut, Milan, Nantes, Manchester, Tel Aviv, Budapest, and Skopje.

Avion Express has made this announcement:

Avion Express has announced the continuance and expansion of its successful partnership with Sky Cana, a start-up airline headquartered in Santo Domingo.

The companies have been in partnership for a few years and now the ACMI airline has signed a contract to wet-lease three Airbus A321s and one Airbus A320 aircraft to operate on behalf of the carrier for a one year period starting in April 2022 until March 2023.

Sky Cana is a Dominican air carrier, using ACMI for its operations. Working with some of the best tourist destinations in the Caribbean, the airline offers transfer, freight, overflight, helicopter, advertising, air ambulance, and tour services to locations in the United States of America, the Dominican Republic and Cuba. 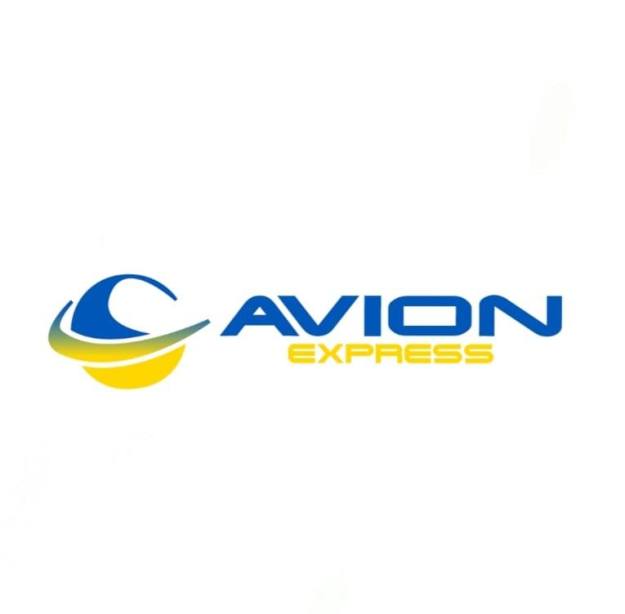 Avion Express will wet lease and operate 11 Airbus A320s to Eurowings for the coming summer season.

After the successful and thorough selection process, we were nominated as the long-term ACMI provider for Eurowings. The cooperation to wet-lease 11 A320s commence in the beginning of the IATA summer season 2022.

Eurowings, headquartered at Cologne/Bonn Airport, is the leisure airline of the Lufthansa Group and thus part of the world’s largest aviation group. The airline currently flies to more than 100 destinations across Europe in its current flight schedule.

Eurowings is the market leader at the airports of Düsseldorf, Hamburg, Stuttgart and Cologne/Bonn and currently has a fleet of around 100 #aircraft. Eurowings focuses on affordable products and services and offers a large number of nonstop flights within Europe. With its extensive route network and 11 international bases – including Palma de Mallorca on Europe’s number one vacation island – Eurowings is Germany’s largest leisure airline. Eurowings currently employs around 3,500 people across Europe.

Avion Express has announced it has landed an agreement to wet-lease four Airbus A320s to LOT Polish Airlines.

In Summer 2020 LOT will add new holiday destinations to its growing flight network from Budapest. Starting from June 2020, passengers will be able to fly directly from Hungary to Dubrovnik and Varna.

From May 6, 2020 the number of frequencies between Budapest and Seoul will be increased to four per week. The additional frequency will ensure even more convenient flight schedule for passengers travelling between Hungary and South Korea both for leisure and in business.

OT’s second hub. In a few months time, not only we will increase the number of frequencies on Budapest-New York route up to 7 flights per week – already in May, we will add another weekly frequency on our first route from Budapest to Asia. Launched in September this year, flights between Budapest and Seoul have been a huge success. Until today, the route have recorded an average load factor of 85%, which is the best evidence that passengers both from South Korea and Hungary recognize the convenience of the just started direct connections offered by LOT.

In the coming summer season, LOT also adjusts selected flights’ timelines. Due to Boeing 737 MAXs being still grounded and consequent lack of aircraft, LOT had to temporarily adjust frequencies on some of its short-haul flights between March 30 until May 26, 2020 (Stuttgart, Sofia, Bucharest will be lowered to 6 flights per week; Brussels – to 7 times per week). The flights to Prague and Belgrade will be launched on May 27, 2020. Thus, in the summer season, passengers from Hungary will be able to fly in total to as many as 13 destinations.

In summer season, the number of flights operated by LOT from the capital of Hungary will total 13 – passengers will fly directly to Warsaw, Krakow, London City (LCY), Bucharest, Brussels, Stuttgart, Prague, Belgrade, Sofia, Dubrovnik and Varna as well as New York City (JFK) and Seoul Incheon (ICN). To operate its newly announced European flights, additional LOT’s Embraer 195s will be permanently based in Budapest. The carrier’s fleet base in Budapest will amount to four short-haul aircraft and two Boeing 787 Dreamliner. 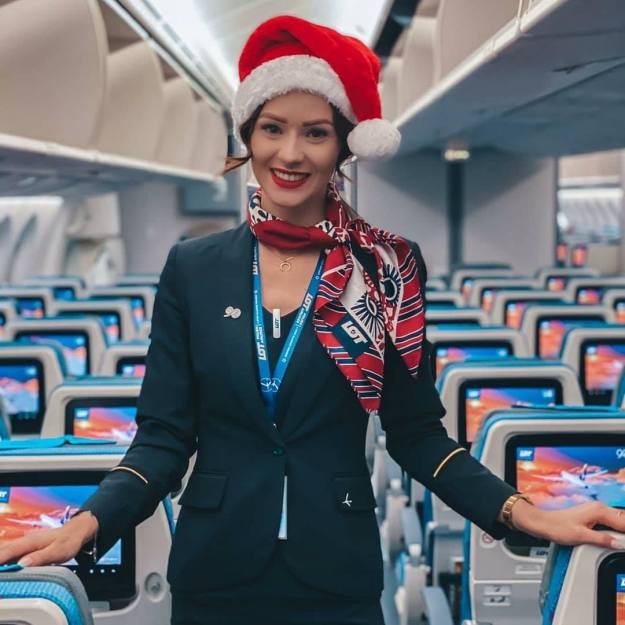 The expansion of flights from Budapest is part of the airline’s profitable growth strategy, which LOT Polish Airlines has been implementing since early 2016. As a result, over the recent three years LOT has become one of the fastest growing airlines in Europe, doubled its fleet size and launched over 70 new routes worldwide.

The additional Boeing 787-9 Dreamliner has joined the fleet early November, increasing the total number of LOT wide-body aircraft to 15. 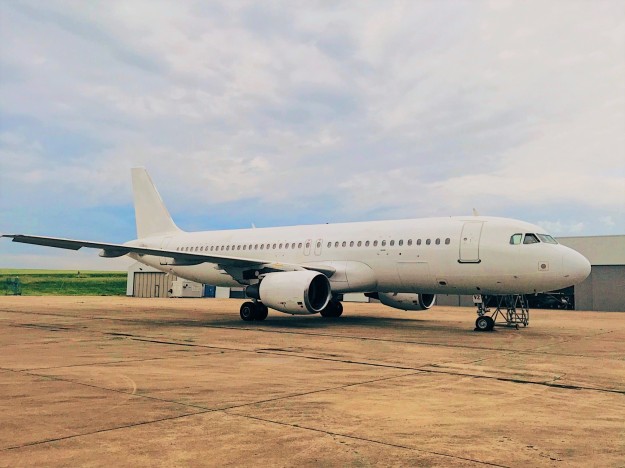 Avion Express, the largest narrow-body ACMI operator in the world, has signed leasing agreements for three additional Airbus A320 aircraft. These three aircraft have recently been added to the fleet of Avion Express, which now comprises of 18 Airbus A320 family aircraft. During summer-autumn 2018 all three newly leased-in aircraft will be flying on behalf of Avion Express clients in Europe.

With the addition of these three aircraft, Avion Express has completed its fleet expansion for 2018. The current fleet, which is the largest in the history of the company, has been growing consistently over the years back from 2011 when Avion Express started to operate its first Airbus A320 aircraft.

Following the latest additions to the fleet Avion Express CEO Darius Kajokas said, “In times of constantly growing demand for ACMI services, we have worked consistently to increase our fleet and strengthen our position in the market by assisting our clients worldwide. During 2018 and beyond we will continue working hard to further strengthen our stand as a forward-thinking leader in the ACMI market”.

Under the operating lease agreement, Avion Express will operate the aircraft for the next 6 years. Both aircraft will operate for Thomas Cook Airlines during the summer season.

Avion Express is the largest narrow-body ACMI operator in the world successfully working with clients in Europe, South America, Asia-Pacific and the Caribbean regions. In 2018 Avion Express will operate 18 Airbus A320 family aircraft.

Wow Air (Keflavik) is coming to Dublin, Ireland. The Icelandic carrier is planning to launch a new Dublin-Keflavik (near Reykjavik) service from  June 2, 2015. The service, which will run year round, will see flights operating on Tuesdays, Thursdays and Saturdays and marks the first scheduled service between the two locations.

The airline is also planning to introduce North American service to Boston next year (possibly in March) according to Airline Route.

Wow Air (stylized as WOW air) (Keflavik) yesterday (October 24) took control of all Iceland Express (Keflavik) flight operations and schedules. No disruption is expected for passengers booked on Iceland Express flights and Wow Air will ensure that all obligations to them are fulfilled.

The move is not a merger, it is a takeover, with Wow Air acquiring the Iceland Express route network, branding and customer base; as well as gaining access to all knowledge and expertise acquired by the company in its years of operation. The united company will fly under the “WOW air” brand, which will continue to emphasise entertaining service, extra legroom, and always providing the lowest available prices to and from Iceland. This acquisition creates a very powerful Icelandic low-fares airline with new destinations and greater frequency.

Wow Air will immediately begin offering more flights to Iceland from London and Copenhagen, as well as flights this winter from Berlin. Routes will also operate between Iceland and Salzburg over the skiing season and Warsaw and Kaunas over Christmas.

From next spring Wow Air will operate four Airbus A320s and will offer up to 400,000 tickets to and from Iceland. The company”s summer timetable will include 15 European destinations: London, Copenhagen, Paris, Amsterdam, Barcelona, Milan, Zurich, Stuttgart, Düsseldorf, Berlin, Lyon, Alicante, Frankfurt, Vilnius and Warsaw. In addition to the higher number of destinations, the frequency of flights to many of them will also increase significantly.

Wow Air was established in November 2011 by Icelandic serial entrepreneur Skuli Mogensen. Skuli has had a successful career building companies primarily in the telecom and technology sector in Iceland, Europe and North America. He was voted businessman of the year 2011 in Iceland.

Wow Air (Keflavik) according to the new airline, “has announced increased competition in the marketplace, one of the main goals is to make flights to and from Iceland cheaper than ever.”

This winter Wow Air will fly to Iceland from Berlin, London, and Alicante. Around Christmas the airline will offer flights to Copenhagen, Warsaw and Kaunas and over the ski season from December until March Wow Air offer ski flights to Salzburg.

Wow Air fleet consists of two Airbus A320s named WOW Force One and WOW Force Two. The aircraft are comfortably set up with 30-32 inch leg space and are wet leased from Avion Express.

Cosmo Airlines (Madrid) is growing fast. The charter and ACMI airline is the winning auction bidder for seven Pluna (Montevideo) CRJ900s. The new fleet additions will be brought to Europe for expansion of operations in central and eastern Europe. Cosmo currently operates two 180-seat Airbus A320s.

The company issued the following statement (translated from Spanish):

“Cosmo Airlines bid $137 million, and was proclaimed the winner, being the highest bidder.

The Cosmo Group has a fleet of two Airbus 320s, and is in the process of expanding the fleet with more Airbus A320 family aircraft. With the acquisition of seven Bombardier aircraft the goal is to give a quantitative and qualitative leap in its European charter flights operations.”

The objective of the Cosmo Group with the acquisition of this fleet of seven CRJ900s, is to expand its charter business in Central and Eastern Europe, since aircraft acquired are appropriate to cover all flight ranges that exist within of these regions.”