Aurora, a subsidiary of Aeroflot, is based in Sakhalin, Russia. The airline currently operates eight Dash 8 aircraft, including two Dash 8-400 turboprops. 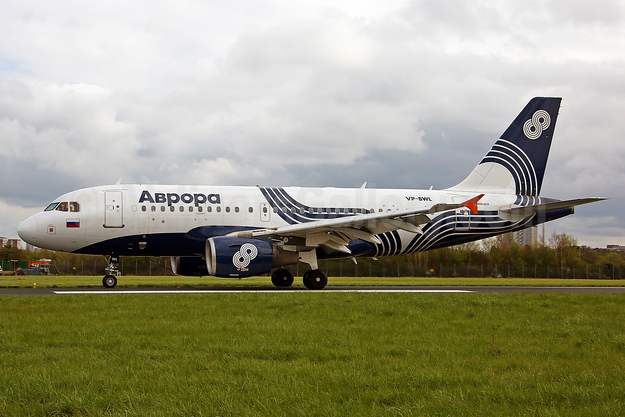 Aurora Airlines is a subsidiary of Aeroflot. The carrier is named after the Russian cruiser Aurora.

Its head office is in Yuzhno-Sakhalinsk, Sakhalin.

In October 2013 Aeroflot announced plans to launch Russia’s first national low-cost carrier under the brand Dobrolet. The airline will operate as a 100%-owned subsidiary of Aeroflot. Since the October announcement Aeroflot has worked closely with relevant government authorities to ensure that necessary legislation and regulations are in place to allow for the LCC model to succeed in Russia. Aeroflot views the LCC market as a significant source of future growth and an opportunity to expand its business with negligible cannibalisation. The Group plans to launch Dobrolet this year.

In November 2013 Aeroflot introduced Aurora Airlines, a unified Russian Far East subsidiary based on the legacy assets of Vladivostok Avia and Sakhalin Aviatrassy (SAT). The roll-out of Aurora Airlines presents a strong opportunity to capture market share in the Far East, a region with few transport alternatives. The Group expects that Aurora will fly 2.4 million passengers a year by 2018. The creation of Aurora contributes to the consolidation and restructuring of Aeroflot’s legacy subsidiaries.

Aeroflot Russian Airlines (Moscow) has transferred 49% of the shares of JSC Aurora Airlines to Sakhalin Oblast.

The transaction follows an agreement signed on November 6, 2013 in the presence of Prime Minister Dmitry Medvedev between Aeroflot and Sakhalin Oblast regarding joint ownership of Aurora Airlines. Under the agreement, shares of Aurora Airlines will be transferred in tranches from Sakhalin Oblast to other regions in the Far Eastern Federal District.

This transfer represents an important step in the creation of Aurora as a single carrier serving the whole of Russia’s Far East. The project will be developed through close cooperation with the administrations of regions in the Russian Far East.

Aurora Airlines was created following an order issued by the Prime Minister. Aurora is being built on the basis of two Far Eastern regional airlines, SAT Airlines and Vladivostok Avia, which since 2011 have been part of Aeroflot Group. Aurora Airlines aims to promote the social and economic development of Russia’s Far East by creating a more efficient and accessible system of passenger flights.

The creation of the Far Eastern regional airline is part of Aeroflot Group’s strategy to create a major airline group capable of competing on the global market. The strategy includes the establishment of three regional hubs, in the Southern, North-Western and Far Eastern federal districts. The Group aims to almost triple flight numbers by 2025, making Aeroflot Group one of Europe’s five biggest airlines by passenger numbers and turnover, and a top-20 global carrier.

Aeroflot’s share in the new company will be not less than 51%. Aurora Airlines launched operations in November 2013 after its first Airbus A319 (VP-BWK) (above) was painted and delivered. A Boeing 737-500 (RA-73002) is also flying in their colors.

Sakhalin Oblast according to Wikipedia is a federal subject of Russia (an oblast) comprising the island of Sakhalin and the Kuril Islands in the Far East. The oblast has an area of 33,600 square miles. Its administrative center and the largest city is Yuzhno-Sakhalinsk.

Besides people from other parts of the former Soviet Union, the oblast is home to Nivkhs and Ainu, with the latter having lost their language in Sakhalin recently.

Aurora Airlines was established by the order of the Prime Minister of the Russian Federation on the basis of two Far Eastern air carriers – SAT Airlines and Vladivostok Avia (both in Aeroflot group since 2011). The main objective of a newly created airline is to contribute to Russia’s Far East social and economic development through the system of more efficient and accessible passenger traffic.

Aurora’s business plan envisages a dynamic boost of operational activities: from 2013 to 2018 the number of flights should increase from 172 to 534; the number of destinations – from 30 to 128; and the annual traffic will reach 2.4 million passengers.

Aurora’s fleet will be strengthened by modern aircraft. In addition to the existing medium-haul Boeing 737s, the fleet will receive three Airbus A319 airliners by the end of this year. By the end of 2014, the carrier’s fleet is expected to comprise seven aircraft of this type. The regional fleet will include turboprop airliners with a capacity between 50 and 78 seats. Local air transportation services will be provided on aircraft with up to 20 seats. The total size of fleet should reach up to 40 aircraft by 2018.

Aeroflot’s share in the new company will be not less than 51%. The rest of the shares will be gradually transferred to the Far Eastern Federal District governments.

This project is supposed to be developed in active cooperation with the local authorities. The Agreement on joint participation in JSC Aurora signed today by Aeroflot and the Government of the Sakhalin region is one of the major important steps.

“The consolidated Far Eastern airline was a strategic idea for a long time, from now on it is a reality,” said Vitaly Saveliev, Director General of JSC “Aeroflot”. “Aurora airline will help to enhance the economic potential of the Far East, increase the mobility of its population and contribute to the growth and reinforcement of local aviation personnel. The new air carrier will be an important part of Aeroflot Group and will strengthen its synergy. We expect an effective cooperation with the federal and regional authorities in the further development of this project, essential both for the Far East and Russia.”