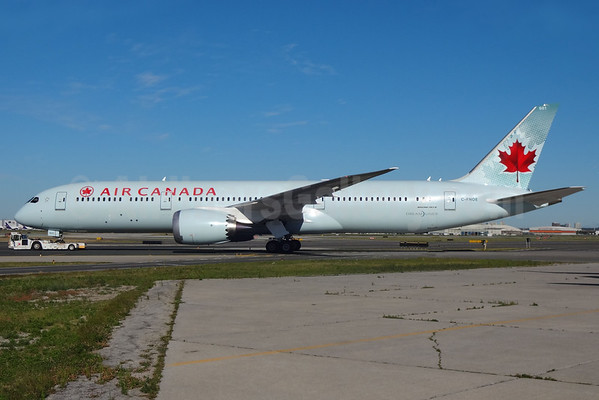 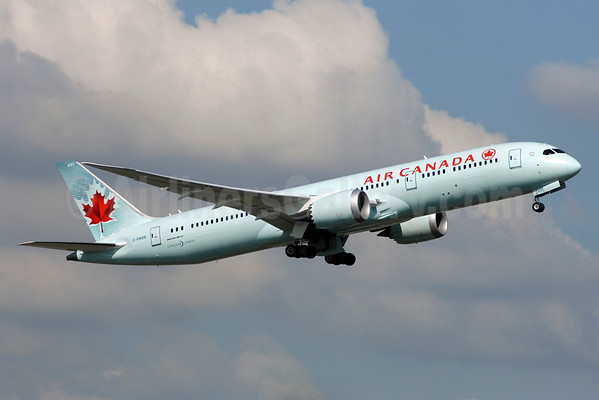 Air Canada (Montreal) announced the delivery of its first Boeing 787-9 Dreamliner (C-FNOE, msn 35265) with this statement:

Air Canada announced today it has taken delivery of its first Boeing 787-9, a larger version of the Dreamliner 787-8 already in its fleet that has proven extremely popular with customers with its new international product standard. The Dreamliner is the world’s most modern commercial aircraft and the larger 787-9 version’s greater range and capacity will enable Air Canada to further expand its international network.

“Air Canada is very excited to take delivery of its first Boeing 787-9. This new aircraft’s larger capacity and greater range will accelerate our international expansion strategy and allow us to offer customers more non-stop services to new international destinations. Already, we have announced two new 787-9 routes to Delhi and Dubai from Toronto beginning this fall and as more of these aircraft enter the fleet we will expand our international network even further,” said Benjamin Smith , President, Passenger Airlines at Air Canada.

The aircraft is due to arrive at Toronto Pearson this evening and the first designated routes for the Boeing 787-9 are nonstop services from Toronto to Delhi beginning November 1, 2015 and to Dubai beginning November 3, 2015 . In the interim, customers will have the opportunity to preview the new aircraft on select flights between Toronto and Vancouver during August and between Toronto and the cities of Munich and Milan during September and October. Future deployments of the 787-9 Dreamliner will be announced as new aircraft enter service.

Air Canada took delivery of its first Dreamliner in May 2014 and will receive a total of 29 new 787-9 Dreamliner aircraft by 2019, in addition to eight 787-8 aircraft already in operation. All Dreamliners will feature Air Canada’s redesigned interiors in a three-cabin configuration, including International Business with fully lie-flat seats, Premium Economy and Economy. Air Canada’s next generation seatback in-flight entertainment system will be available throughout. The Boeing 787-9 will seat 298 passengers and have a range of 15,372 kilometres, compared with the Boeing 787-8, which is configured to carry 251 passengers with a range of 14,500 kilometers.