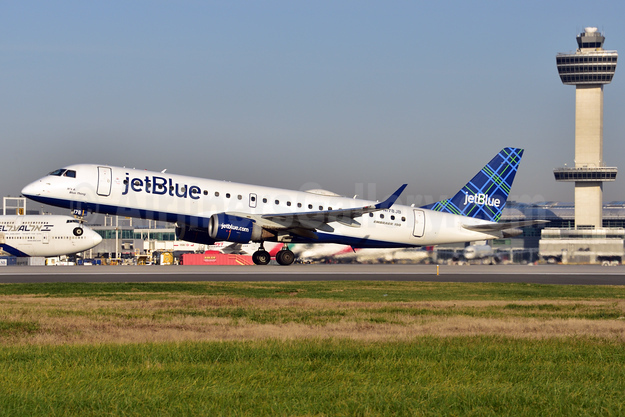 Westchester flights take off June 13, 2019 and will operate on Thursdays, Fridays, Saturdays, Sundays and Mondays.

LaGuardia flights will launch on June 15, 2019 and operate on Saturdays and Sundays.

On peak summer travel days in 2019 JetBlue will operate up to ten daily flights to Nantucket, providing capacity for up to 2,000 daily customers. The additional flights also bolster JetBlue’s leadership position in both New York and New England where the airline is already a top carrier, and brings new travel choices to customers in these important regions.

JetBlue will serve the new routes with its Embraer 190 aircraft.

JetBlue Airways (New York) today (June 26) launches seasonal service to Barnstable Municipal Airport in Hyannis, Massachusetts. The Capital of the Cape is the airline’s 86th destination and is JetBlue’s 64th nonstop route from New York’s John F. Kennedy International Airport. JetBlue will be the only airline connecting New York City with Cape Cod, one of the country’s most popular summer destinations, offering seasonal service with one daily flight between June 26 and September 9, 2014.