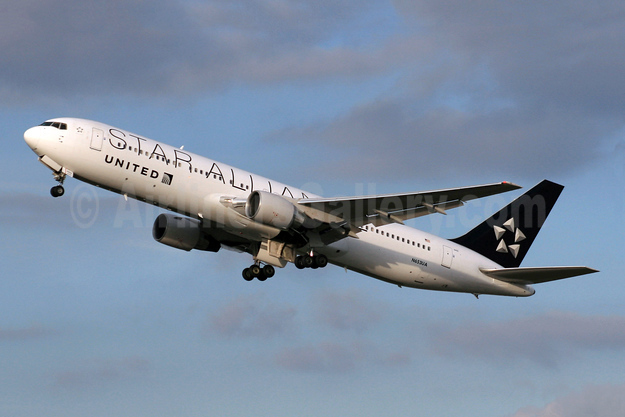 Strengthening the world’s most comprehensive route network, United Airlines today announced customers have new international routes to choose from in 2019 including daily, year-round service between San Francisco and Amsterdam and new nonstop seasonal summer service between Newark and Naples, Italy, the only nonstop flight from North America to Naples, as well as Newark and Prague, subject to government approval.

Beginning March 30, 2019, United will be the only U.S. carrier to offer nonstop service between San Francisco and Amsterdam and is the airline’s fifth nonstop flight to the Netherlands. United currently operates daily, year-round services between Amsterdam and Chicago, Houston, Newark and Washington Dulles.

United will be the only carrier offering customers nonstop service between the U.S. and Naples, Italy, beginning May 22, 2019 through October 4, 2019.

United’s daily, summer service will connect customers traveling from New York/Newark to Naples, Southern Italy’s largest city. Visitors to Naples enjoy the city’s castles, architecture, art and world-famous cuisine as well as nearby Mount Vesuvius, the volcano that destroyed the nearby Roman town of Pompeii. Naples also serves as a gateway to the Amalfi Coast, a UNESCO World Heritage Site and popular tourist destination.

United’s new service to Naples will be its sixth nonstop service to Italy and is conveniently timed for connecting customers from more than 60 destinations across the United States.

Beginning June 6, 2019 through October 4, 2019, United will offer daily nonstop seasonal service between Newark and Prague, also known as the Golden City, the City of a Hundred Spires and the jewel in the crown of Central Europe.

Next year United will resume nonstop seasonal service between eight U.S. airports and more than 20 destinations in Europe, the Caribbean and Mexico including popular destinations like Porto, Portugal; Reykjavik, Iceland; Athens, Greece and Venice, Italy. As previously announced, United will also begin the only nonstop service between Washington Dulles and Tel Aviv, Israel next year.

For the third quarter of 2012, total revenue was $9.9 billion, a decrease of 2.6 percent year-over-year. Third-quarter consolidated passenger revenue decreased 2.6 percent to $8.8 billion, compared to the same period in 2011.

Passenger revenue for the third quarter of 2012 and period-to-period comparisons of related statistics for UAL’s mainline and regional operations are as follows:

In the third quarter, consolidated and mainline CASM, excluding special charges and third-party business expense and holding fuel rate and profit sharing constant, increased 2.5 percent and 2.0 percent, respectively, compared to the results for the same period of 2011.

Initially, the service will operate with a three-cabin Boeing 767-300 aircraft, featuring a total of 183 seats – six in United Global First, 26 in United BusinessFirst and 151 in United Economy, including 67 Economy Plus seats. Later this summer, United plans to fly this route with its newly-configured Boeing 767-300, which features 30 seats in United BusinessFirst, 49 in Economy Plus and 135 in Economy. Customers traveling in BusinessFirst in this enhanced aircraft will enjoy flat-bed seats, a 15.4″ touchscreen monitor delivering on-demand inflight audio/video content, electrical and USB outlets, an iPod jack and a five-course meal with fine wines. Customers in Economy Plus will benefit from more legroom and more recline than Economy seats. Each Economy Plus and Economy seat in this upgraded aircraft features a 9″ touchscreen on-demand inflight entertainment system, and all Economy rows have access to electrical outlets.

United Airlines (UAL Corporation) (Chicago) and Continental Airlines (Houston) are considering a stock-for-stock merger with no premium, creating a company valued at roughly $6.6 billion, a person familiar with the matter said on Thursday April 22 according to this Reuters report.

Copyright Photo: A beautiful capture of United Airlines’ Boeing 767-322 ER N653UA (msn 25391) climbing away from the Washington (Dulles) hub. Both carriers are members of the Star Alliance.