Service on the new season route begins May 6, continuing through August 16, with the ONT departure scheduled for 9:45 p.m. A return flight arrives ONT at 8:24 p.m.

American announced earlier this month that it will begin flights twice a day between ONT and Chicago’s O’Hare International Airport in August. The carrier also flies to Phoenix and Dallas-Fort Worth from Terminal 4 at ONT.

American will serve the Charlotte route with Boeing 737-800 aircraft equipped to accommodate 172 passengers with 16 in First-Class, 30 in Main Cabin Extra and 126 in Main Cabin. 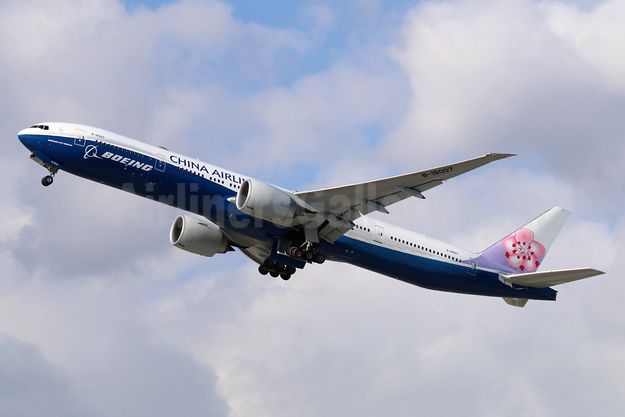 China Airlines and the Ontario International Airport Authority (OIAA) announced schedule changes for flights between Ontario and Taiwan beginning next week, a move that will enable passengers to reach more connecting flights to destinations across Asia.

While scheduled departure and arrivals may be adjusted in the future, officials stressed that early morning arrivals to TPE will enable passengers to make connections to South East Asia, Japan, Korea and China more conveniently.

China Airlines began roundtrip service between ONT and TPE in March arriving daily into Ontario at 1:20 p.m. pacific time with a return flight to TPE departing at 4:15 p.m., arriving TPE at 8:55 p.m. the next day. The China Airlines service was Ontario’s first nonstop, transoceanic passenger service.

China Airlines is expected to introduce its new Airbus A350-900 on the route.

China Airlines, which increased flight frequency from four to seven days a week in response to strong customer interest, is marketing Ontario as Southern California’s new gateway to Asia, a reflection of how far the airport has come since its transfer to local control in November 2016.

TPE is the primary International gateway airport for the New Taipei-Keelung-Taoyuan City metro area, with more than 9 million residents, while ONT is the closest and most convenient international airport for more than 10 million Southern California residents in the Inland Empire, northern Orange County, and eastern Los Angeles County.

More than 4.5 million passengers traveled through ONT last year, a 7% increase over 2016 and its best year since 2010. China Airlines projects 80,000 passengers on the new ONT-TPE route in the first year.

China Airlines’ inaugural flight arrived on time at 1:20 p.m. (PDT) with 298 passengers and crew aboard and was greeted by a water cannon salute and a “Blessing from 3 Princes” celebration. The return flight, #CI23, departed ONT at 3:45 p.m. with 338 passengers and crew members.

The carrier serves the new route with Boeing 777-300ER wide-body aircraft equipped with 358 seats, including 40 in Premium Business Class and 62 in Premium Economy Class.

AeroMexico (Mexico City) has announced the beginning of its new service from Mexico City to the cities of Ontario and Sacramento, California, starting on April 5 and 6 of this year, respectively.

The regional airline, which took to the skies on June 24, 2013, has enjoyed tremendous support from the many communities that now have regular air service, and the many more that now boast better schedules, more frequency, and more options with respect to carriers and destinations.

In the twelve months since WestJet Encore took to the skies, it has added 12 destinations to the original six, which included Calgary, Alberta, Fort St. John, Nanaimo, Vancouver, and Victoria, British Columbia and Saskatoon, Saskatchewan. The fleet of Bombardier Q400 NextGen aircraft will have grown from two to 13 by the end of June.

Volaris (Mexico City) has announced the launching of a new international route that will connect the city of Guadalajara, Jalisco with Ontario, California. Operations will begin on April 12, 2014. Ontario will become the 13th destine in the United States.

(Starting April 13th. Thursday and Sunday)
Departing from Ontario at 01:20 hours., arriving to Guadalajara at 06:45 hours

A seventh destination – Terre Haute, IN – was originally slated but was cancelled due to low prebooking numbers.  All flights are operated by ExpressJet-branded aircraft.