Alaska Airlines began flying to Los Cabos more than 25 years ago. Today, the carrier operates 50 weekly peak-season flights to Los Cabos—more than any other carrier from California.

Flights will be operated by fuel-efficient Next Generation Boeing 737 aircraft. 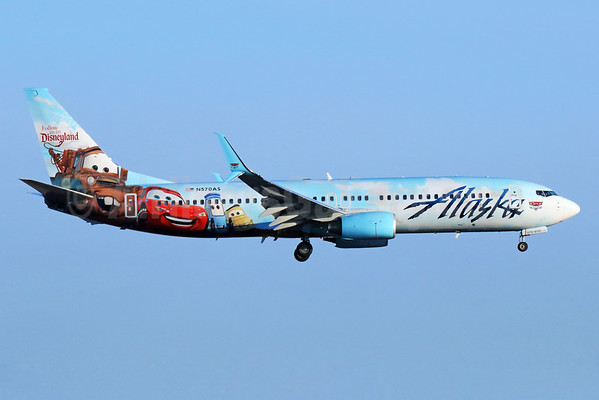 Alaska is operating the new flights with fuel-efficient, next generation Boeing 737 aircraft.

Alaska is operating the new flights with fuel-efficient, next generation Boeing 737 aircraft. 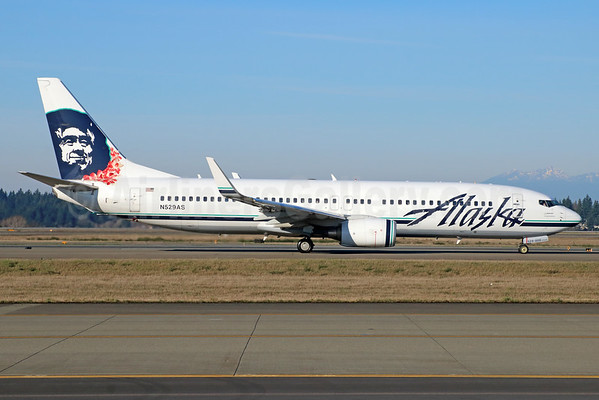 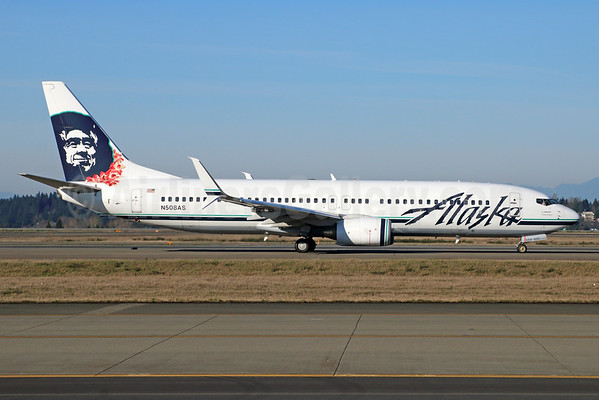 Alaska Airlines (Seattle/Tacoma) is moving one step closer to American Airlines (Dallas/Fort Worth). Alaska is increasingly competing with Delta Air Lines (Atlanta) at its Seattle/Tacoma hub. Alaska issued this statement:

Members of Alaska Airlines Mileage Plan now have access to book nearly 3,000 more daily flights on partner American Airlines following the most recent phase of the airline’s reservation system migration, which will bring all US Airways flights under the American code this fall. On October 17, Mileage Plan members will enjoy seamless access to the world’s largest airline and have even more options to earn and redeem miles for award travel.

“We are excited to deepen the strong relationship we already have with Alaska Airlines by providing customers more access to more destinations,” said Andrew Nocella, American’s chief marketing officer. “Our relationship with Alaska goes back more than 15 years and we continue to look for ways to work together to enhance the benefits for our customers, whether through access to clubs or new opportunities to earn and redeem miles.”

Alaska Airlines existing relationship with American began in 1999 and has included codeshare and frequent flyer reciprocity, which expanded in 2011 to include reciprocal elite benefits on each airline. The two carriers are working to expand their codeshare agreement even further later this year.

Alaska Air Group (Alaska Airlines and Horizon Air (Seattle/Tacoma) has issued is Third Annual Sustainability Report for 2014 where it has decreased its emissions by 30 percent over the past 10 years. Here is the statement:

Alaska Air Group, the parent company of Alaska Airlines and Horizon Air, has reduced its mainline flying emissions intensity by one-third over the last 10 years through fleet advancements and flight technology. These advances have avoided burning 531 million gallons of fuel since 2004 — the equivalent of taking one million cars off the road for a year.

Additionally, Air Group reported record financial results, enabling it to invest in local communities and strengthen the long-term future of its workforce.

This is among a series of goals and accomplishments highlighted in Alaska Air Group’s newly-released 2014 Sustainability Report, which summarizes the company’s progress on environmental, social and economic goals. The complete report is available online at www.alaskaair.com/sustainability.

“Beyond our basic commitment as a company to provide safe, reliable and affordable transportation, we are focused on ensuring our business goals are in balance with the needs of our communities,” said Alaska Air Group CEO Brad Tilden. “We have made great strides in the last year to embed sustainability into every level of our business.”

Above: Alaska Airlines. The keys to the 2020 Sustainability Strategy.

Below are highlights of the airline’s accomplishments in 2014:

Although Air Group’s total emissions increased from 2013 to 2014 as the airline’s traffic increased 6.5 percent, its emissions intensity decreased by 2 percent (as measured per revenue passenger mile).

82 percent of employees reported overall positive engagement, up from 79 percent in 2013
Over $9.6 million donated by Air Group, supporting more than 1,300 community organizations

Copyright Photo below: Michael B. Ing/AirlinersGallery.com (all other images by Alaska Airlines). Boeing 737-890 N581AS (msn 35188) arrives at Anchorage.

Alaska Airlines (Seattle/Tacoma) announced the opening of the annual Copper Riser Salmon fishing season and the first delivery to SeaTac by Alaska Air Cargo. Here is the announcement:

A fish-filled Alaska Airlines jet touched down at Seattle-Tacoma International Airport shortly after 6 a.m. today, carrying 18,000 pounds of wild Alaska Copper River salmon — about 4,500 more pounds than the weight of a Learjet 31. A second plane carrying an additional 30,000 pounds is scheduled to arrive in Seattle around 10:20 a.m. Today officially marks the start of the salmon season that is anticipated by seafood lovers throughout the Pacific Northwest and beyond.

Above Photo: Alaska Airlines. The fishing fleet off of Cordova, Alaska.

Alaska Airlines will operate up to five more flights today transporting the coveted Copper River salmon caught for three seafood processors: Ocean Beauty Seafoods, Trident Seafoods and Copper River Seafoods. The extra Copper River salmon flights will depart Cordova, Alaska, and arrive in Seattle and Anchorage, Alaska, where the fish will be shipped throughout the Pacific Northwest and across the United States today and through the weekend.

Alaska Airlines (Seattle/Tacoma) has also decided to charge extra for the bulkhead and exit row seats. The airline issued this statement:

Customers who like a little extra legroom now have more choices when flying Alaska Airlines, with the launch of Preferred Plus seating. Starting today, the bulkhead and exit row seats will be available to all customers for paid upgrades after Mileage Plan MVP, MVP Gold and MVP Gold 75k members have had an opportunity to reserve them.

Preferred Plus upgrades begin at $15 plus tax, and include a complimentary cocktail or glass of wine or beer, up to eight inches of extra legroom and priority boarding. Upgrades for rows 6, 16 and 17 can be purchased within 24 hours before check-in at http://www.alaskaair.com, through the Alaska Airlines mobile apps and at the airport, when available. Previously, only Mileage Plan elite-level customers had access to reserve these seats. Upgrades for elites are, and will continue to be, complimentary from the time of booking through departure.

Copyright Photo below: Michael B. Ing/AirlinersGallery.com (all others by Alaska Airlines). Boeing 737-890 N564AS (msn 35103) approaches the runway at Anchorage.

Gevo, Inc. announced today that it has signed a strategic alliance agreement with Alaska Airlines (Seattle/Tacoma) to purchase Gevo’s renewable jet fuel and fly the first ever commercial flight on alcohol-to-jet fuel (ATJ).

The single demonstration flight is expected to occur after Gevo receives ASTM International certification for its fuel, sometime in mid to late 2015. Gevo has been working through the rigorous ASTM process for six years, which includes extensive engine testing and data analysis by all of the major original equipment manufacturers to establish the specification for this drop in fuel. Once approved, this fuel can be seamlessly integrated into the distribution infrastructure and onto commercial aircraft.

Gevo’s patented ATJ is a clean burning, homegrown, drop-in jet fuel, which has the potential to deliver aviation biofuels at scale and at competitive cost.

Alaska Airlines was the first U.S. airline to fly multiple commercial passenger flights using a biofuel from used cooking oil. The carrier flew 75 flights between Seattle and Washington, D.C. and Seattle and Portland in November 2011. The airline has set a goal to using sustainable aviation biofuel at one or more of its airports by 2020.