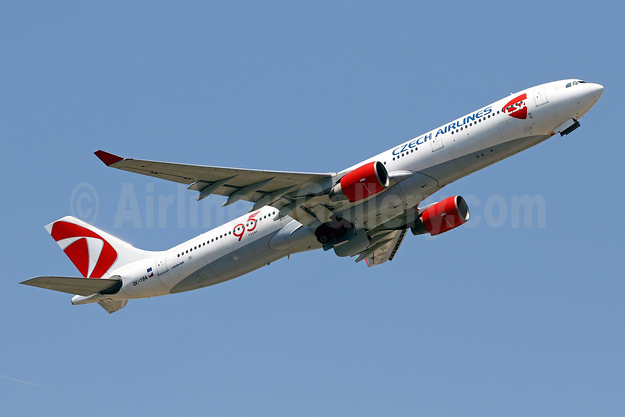 This year, Cezch Airlines will commemorate its 95th anniversary of the company’s foundation and launch of operations.

The first flight was on the Prague – Bratislava route.

For this reason, some of the CSA aircraft are wearing additional 95 years sticker.

One of them is the largest aircraft on the fleet, the pictured A330-300 OK-YBA departing from Barcelona. 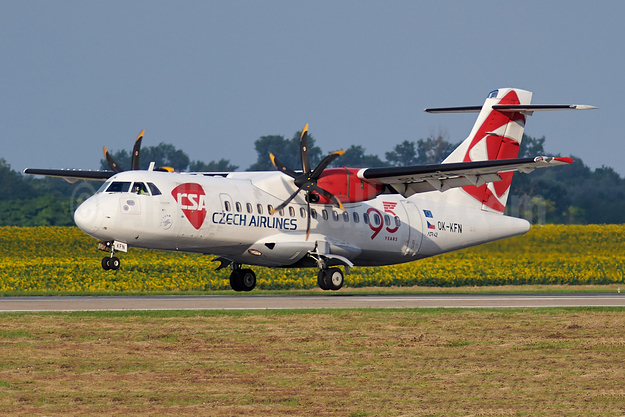 Air France-KLM Group (Air France) (KLM) (Paris and Amsterdam) reported its pre-tax 2014 earnings fell to 1.59 billion euros ($1.81 billion) from 1.86 billion euros ($2.1 billion) for the previous year. As a result, the group is delaying deliveries of aircraft for both Air France and KLM. Air France will also maintain its Airbus A380 fleet at 10 aircraft and delay taking delivery of the last two.

Copyright Photo: Ton Jochems/AirlinersGallery.com. KLM is celebrating 95 years of flying and is adding special 95 Years logos on select aircraft including the pictured Boeing 777-306 ER PH-BVK (msn 42172) at the AMS hub.

KLM Royal Dutch Airlines (Amsterdam) today celebrated 95 years of flying by adding this special logo to one of its McDonnell Douglas MD-11s.

Video: From the pilot’s viewpoint: