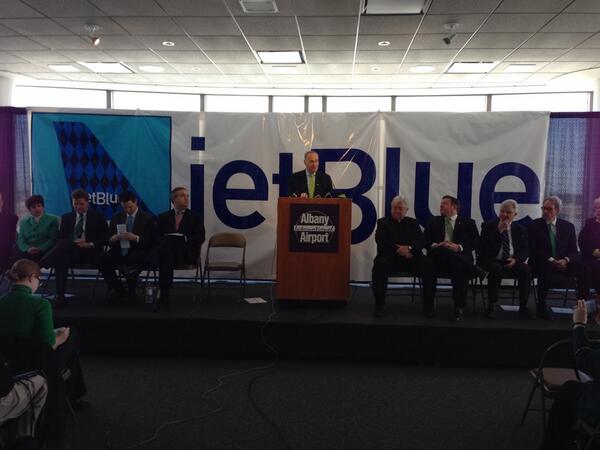 JetBlue Airways (New York) and U.S. Senator Charles Schumer from New York held a press conference in Albany, New York announcing it would serve the state capitol of New York starting in late 2015. Albany will be 8th city in New York State. No details on the routes were provided.