Since the first American Airlines flight landed in Austin, Texas (AUS), 40 years ago this week, the airline has grown alongside the capital city.

Today, American is making it even easier for customers to travel to and from AUS with the addition of 14 new routes beginning this fall, including four new international destinations, further connecting Austin to the carrier’s global network.

This summer, American Airlines and its partners are making it even easier for customers to see the stars at night that are big and bright, deep in the heart of Texas. American, the largest airline in Texas, is adding 10 new, returning and seasonal routes to Texas’ capital city, connecting Austin with the world and the world with Austin. American is also introducing four new codeshare routes with West Coast International Alliance partner Alaska Airlines for flights beginning May 6. The new Austin service and new codeshare routes will be available for purchase March 15.

With the anticipated increase in business travel this summer, American is adding twice-daily service from Austin to Las Vegas (LAS); Nashville, Tennessee (BNA); Raleigh-Durham, North Carolina (RDU); and Washington Dulles (IAD), providing even more options for customers to make the most of their journeys. The airline is also adding daily service from Austin to popular destinations including New Orleans (MSY); Orlando, Florida (MCO); and Tampa, Florida (TPA):

American and Alaska will continue to enhance its relationship with new codeshare routes from AUS to San Diego (SAN); San Francisco (SFO); Portland, Oregon (PDX); and will introduce domestic codeshare on service between Austin and Seattle (SEA), with intentions to code on recently announced service from AUS to Boise. Codeshares allow customers the ability to book a single itinerary on either carrier’s website, providing more travel options than they would be able to offer alone. American and JetBlue also recently launched their codeshare, which includes service between New York (JFK) and AUS.

KLM Royal Dutch Airlines will expand its global network to include Austin, Texas.

Starting in May 2020, the state capital of Texas will be accessible three times a week with a nonstop KLM flight from Amsterdam. The flights will be operated using Airbus A330-300 equipment, seating 292 passengers per flight.

Austin will become the 19th North Atlantic destination to be served directly by KLM. The new KLM flights expand the Air France-KLM transatlantic network and strengthens the joint venture portfolio with Delta Air Lines. To open Austin as a new destination, changes have been made to the long haul KLM network to free up slots at Schiphol.

KLM will operate flights between Amsterdam Airport Schiphol and Austin on Mondays, Thursdays and Saturdays from May 4, 2020. The Airbus A330-300 flights offer 30 seats in World Business Class, 40 Economy Comfort and 222 Economy class.

KL0667 will depart from Amsterdam Airport Schiphol at 12:40 p.m. and arrive at 4:10 p.m. local time in Austin (Austin-Bergstrom International Airport).

​Just in time for summer travel, the newest Delta Sky Club and first at Austin-Bergstrom International Airport will open for business on May 21. 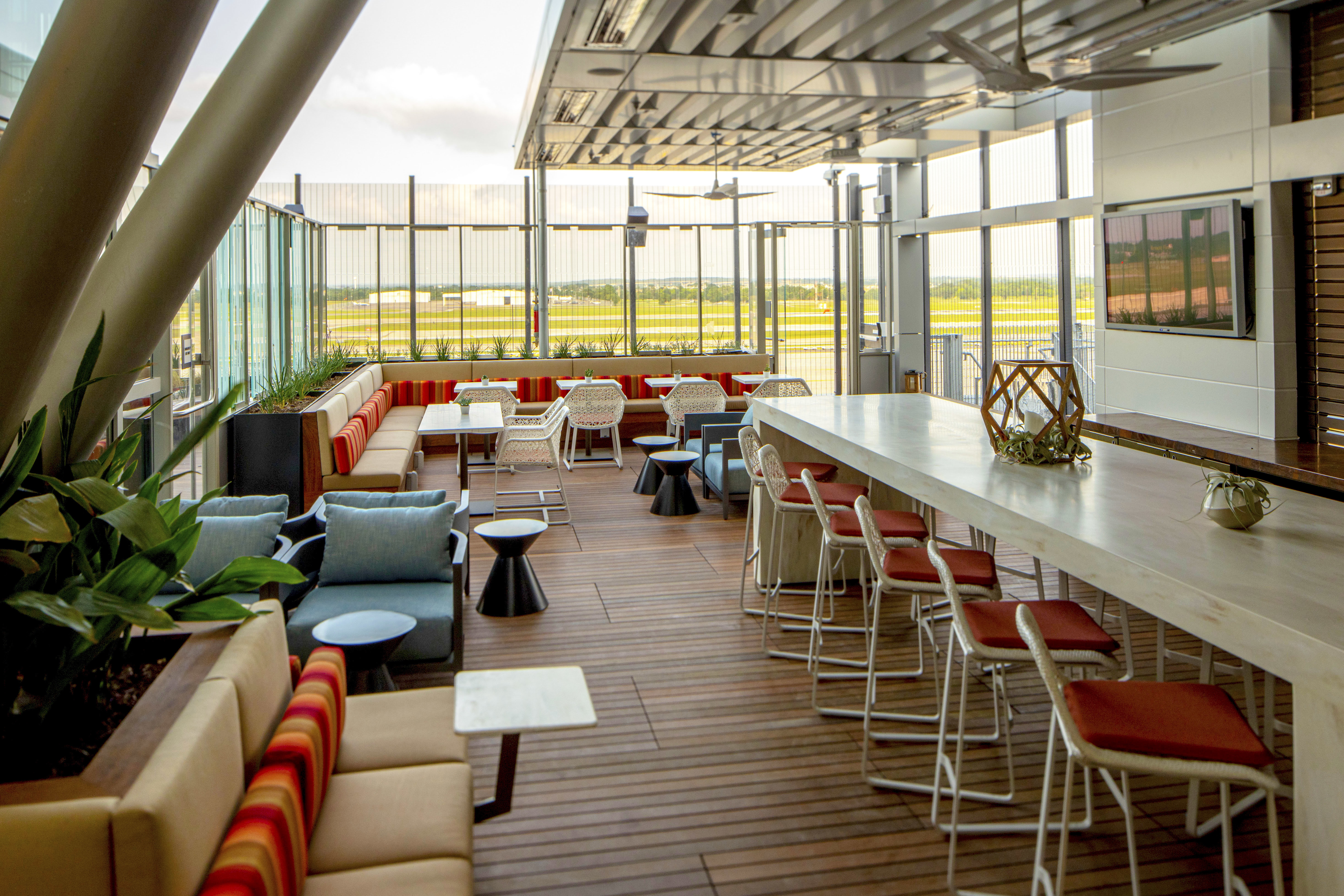 On the mezzanine level of the Barbara Jordan Terminal, this 9,000 sq. ft. Delta Sky Club conveniently located near the Delta gates features:

“We’ve put care into every detail — from the curated, local artwork to the Club design to the seasonal food and beverage offerings,” said Claude Roussel, Managing Director — Delta Sky Club. “We look forward to welcoming guests traveling through Austin — they will be wowed by the experience and incredible service.” The new Delta Sky Club is the latest investment Delta is making for Austin travelers. Delta offers 28 peak-day departures with nonstop service to all of its U.S. hubs, including three daily flights to both Los Angeles and New York City.

The Club is situated within the Austin airport’s newly expanded concourse, from which Delta now operates. The $350 million project wrapped up earlier this year and added 9 new gates and nearly 170,000 square feet to the terminal, which features a multilevel design and new restaurants and retail

Grupo Viva is being established as a multinational airline holding company based in Panama City, Panama. The new company will be responsible for the further development of the Viva airline brand beyond current operations in Mexico and Colombia, maximizing cost synergies and operational efficiencies across the group and centralizing key management functions.

Grupo Viva is chaired by Roberto Alcántara Rojas, also Chairman of the Board of VivaAerobus and Grupo IAMSA. Irelandia Aviation Managing Partner Declan Ryan will be a principal investor.

Tony Davis, currently Partner and COO of Irelandia Aviation, has been appointed CEO. In addition to working with Irelandia Aviation for the past three years, Tony has an extensive track record in establishing low-cost airlines around the world, and he has been closely involved in the recent development of VivaAerobus and VivaColombia. Tony will be responsible for the creation of the Group’s corporate structure and management infrastructure over the next 12 months.

Joe Mohan, who is joining from his position as Senior VP Commercial at COPA Airlines, has been appointed President and COO. Joe has worked in Central and South America for more than 10 years and led the commercial function in one of the region’s most successful airline groups, consistently achieving impressive growth and profitability results. He also brings direct experience of helping lead a high-performing Latin American company listed on the New York Stock Exchange. Joe will be responsible for the expansion of the group’s regional coverage and improving cost synergies and operational efficiencies for airlines in the group.

Commenting on the appointments, Declan Ryan said, “We are delighted that two executives of the caliber of Tony and Joe have agreed to lead the creation and development of our new low-cost airline group in Latin America. We are convinced that there are tremendous opportunities for our ultra-low-cost airline model to expand in the region. With our existing airlines already well-established in Mexico and Colombia, together with our order last year for 52 new Airbus A320 aircraft, this is the right time to establish Grupo Viva.”

FedEx Express (Memphis) has been informed by the U.S. Postal Service it will have to bid for a new postal contract that is expiring in September 2013 according to this report by Reuters. This will open the door for UPS-United Parcel Service (Atlanta) to bid on the contract. According to Reuters, “FedEx is the postal service’s top contractor, earning an estimated $1.5 billion in revenue in fiscal 2011, according to Husch Blackwell LLP’s postal service contracting practice group.”

Alaska's Boeing 737-890 N568AS (msn 35183) is ready to push back from the gate at AUS on the first revenue departure after a departure ceremony. Copyright Photo: Joe Fernandez/Air 72.