Island Air (Hawaii) is overhauling their already colorful livery. Following the announcement by Hawaiian Airlines that they will start an inter-island turboprop subsidiary, Island Air has announced a complete image and brand overhaul.  The inter-island airline is also adding ATR 42s and ATR 72s starting in August.

The comprehensive rebranding touches every aspect of the airline; from an enhanced website to a newly inspired aircraft livery design, including an exciting new logo mark and identity.

Along with the new look, Island Air is upgrading its fleet with ATR 42 and ATR 72 aircraft.  The new aircraft are more fuel efficient, and carry more passengers than the current Bombardier DHC-8-100  aircraft that are being replaced.

The changes and additions to Island Air’s brand will take place incrementally with the complete rebranding targeted for completion in the fall.

Bottom Copyright Photo: TMK Photography. Island Air operated the Bombardier DHC-8-402 (Q400) in the past but the type proved to be too large at that time. 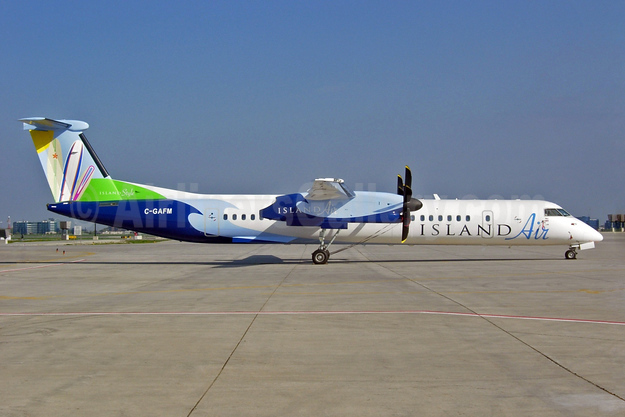