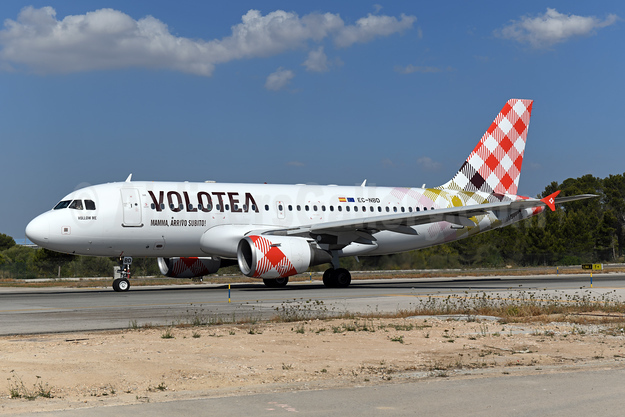 Since Volotea started its operations in Lyon in April 2018, has carried 152,600 passengers. Volotea will open its sixth base in France during spring of 2020. To support the operations, an Airbus A319 will be based at the airport, so the airline will create 25 local jobs for the operations.

This new base will allow Volotea to continue its growth in Lyon-Saint Exupéry airport. Volotea offers more than 300,000 seats in 2020, up 142% year-on-year.

Finnair has announced the opening of a new winter route to Lyon, France, for the 2018/2019 winter season. Known for its gastronomy, historical landmarks and its proximity to the French Alps, Lyon is the second largest metropolitan area in France. As of December 11, 2018 Finnair will fly two weekly flights to Lyon from its Helsinki hub with an Embraer E190 aircraft. Operating on Tuesdays and Saturdays, the flights will offer smooth connections to Finnair’s Asian network.

Continuing with its growth strategy, Finnair is receiving its twelfth Airbus A350-900 aircraft in 2018 and will be adding several frequencies to its popular long-haul destinations. Finnair’s route to Osaka will now become daily during the winter season with two additional frequencies on Tuesdays and Thursdays. Two additional frequencies will also be added to the Hong Kong route on Fridays and Sundays, for a total of 12 weekly frequencies. Finnair’s route to Delhi will become a daily destination during the winter season with the addition of a flight on Wednesdays and a fourth weekly frequency will also be added to the Phuket route on Mondays starting as of December 10. In addition, the schedule for Finnair’s flight to Miami will be modified so it better coincides with Finnair’s other North American departures and its connecting flights to Europe.

Finnair will also be extending the operating period on some of its existing routes. Malta and Antalya will now continue operating from the 2018 summer season until December 9. The routes to Edinburgh and Alanya-Gazipasa will also be extended for the winter, making them new year-round destinations for Finnair.

Monarch Airlines (London-Luton) will add five winter routes starting in December from London (Gatwick) and Manchester. From LGW, the carrier will add seasonal service to Innsbruck (December 5), Geneva (December 12) and Salzburg (December 19). From MAN, the airline will add Geneva (December 19) and Lyon (December 20) with Airbus A320s and A321s per Airline Route.

In other news, the company will add four new routes from Lyon in December 2015. Besides Amsterdam, the airline will add new service from Lyon to Belfast (International), Southend and Naples per Airline Route.

Air Canada (Montreal) today further expanded its global network with the announcement of new nonstop services to Lyon, France and London’s Gatwick Airport beginning in the summer of 2016.

Air Canada service between Montreal (Trudeau) and Lyon will begin on June 16, 2016 and operate up to five-times weekly with an Airbus A330-300 aircraft with 37 International Business Class lie-flat suites and 228 Economy class seats.

Air Canada rouge’s summer seasonal service betweenToronto and London-Gatwick will begin on May 19, 2016 and operate up to seven-times weekly with a Boeing 767-300 ER aircraft with 24 Premium rouge seats and 256 rouge seats.

In other news, Air Canada received confirmation by Unifor, representing the airline’s approximately 4,000 Customer Service and Sales Agents, that its members have ratified an agreement on a new collective agreement for five years.

The agreement has also been approved by the Air Canada Board of Directors.