On December 3, 2017 Finnair flight AY865 from Helsinki (Vantaa) to Göteborg diverted to Turku due to the smell of smoke in the cabin. The Embraer 190 (OH-LKE) stopped on the runway and passengers and crew members exited the aircraft via the emergency chutes.

The flight was operated by Nordic Regional Airlines – Norra.

Our flight AY865 HEL-GOT had to divert to Turku, as smell of smoke was detected in the aircraft. The plane landed safely and passengers were evacuated with slides. The passengers will be rerouted to GOT and the aircraft will now undergo thorough examination. 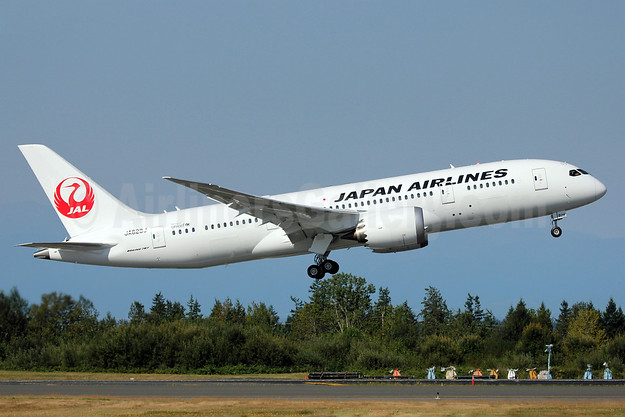 Japan Airlines (JAL) Aeroflot Russian Airlines have signed a Memorandum of Understanding (MoU) for a strategic cooperation agreement to pursue commercial opportunities which will greatly benefit the customers of both airlines by providing more options for travel between Russia and Japan.

In addition to the codeshare cooperation, JAL and Aeroflot will pursue the development of the partnership in various areas, including frequent flyer programs, airport relocation, while considering a joint business in the future.

Japan Airlines currently operates four weekly flights to Moscow Domodedovo Airport from Tokyo Narita Airport using Boeing 787-8 aircraft. Between July to October 2017, the frequency had temporarily increased to seven flights per week to accommodate the demand during the peak summer season in 2017.

Monarch Airlines (London-Luton) officially retired its last Airbus A330 from revenue service on April 30. The last flight, operated by the pictured Airbus A330-243 G-EOMA (msn 265), was a short trip between the carrier’s two bases of London Gatwick and Birmingham and arrived to the signature water canon salute. Collectively, the A330 racked up over 30 million miles for the UK carrier. But as one door closes, another opens. The ending of A330 operations marked the beginning of a new age for Monarch, as it has completed it’s transition to a fully scheduled airline.

The airline said through it’s Facebook page on April 30:

“Today the last remaining Airbus A330 in Monarch’s fleet operated its last flight for the airline, leaving the London Gatwick airport at 2.20 pm (1420) and landing at Birmingham Airport at 3.20 pm (1520).

This special day also marks a new chapter for us, as we become a completely scheduled airline.

We are very excited to see what the future holds and look forward to flying you to the best city and sun destinations in Europe!”

Copyright Photo: Paul Denton/AirlinersGallery.com. G-EOMA lands at Geneva prior to the last flight.

According to a statement by ECAir, the airliner was seized at Paris (Charles de Gaulle) on April 11.

According to ECAir (translated from French);

In the coming weeks, Equatorial Congo Airlines plans to continue to expand its network with the opening of its third intercontinental (Beirut) and new regional destinations (Luanda, Abidjan, Yaounde, Bangui, N’Djamena).

Darwin Airline (Etihad Regional) (Lugano) will drop routes from Zurich to Lugano and Linz and from Geneva to Toulouse and Nice. The four routes were unprofitable.

Etihad Airways (Abu Dhabi) has restated its confidence in the regional carrier. Darwin is attempting to finalize its business relationship and investment by Etihad with the European regulatory authorities.

Finnair (Helsinki) has sold three Embraer ERJ 170s as the airline right sizes its fleet. The company issued this statement:

On May 5, 2014 Finnair Aircraft Finance Oy, Finnair’s fleet management subsidiary, signed a Memorandum of Understanding on the sale of three Embraer 170 aircraft to affiliates of Infinity Aviation Capital LLC, a US-based aircraft leasing company. The transactions have now been finalized, and their total value was approximately $40 million. The sale of the three aircraft does not have significant impact on Finnair’s 2014 result.

The transactions are a part of Finnair’s aim to focus on its core business. After the sale, Finnair Aircraft Finance owns only aircraft operated by Finnair or its affiliated company Flybe Finland.

“We continued to grow capacity efficiently and both our non-fuel and fuel unit cost performances were strong with the latter boosted by the introduction of new, more efficient aircraft into our fleet.

“In the nine months, we made an operating profit of €1,130 million before exceptional items, up by €473 million from last year”.

Copyright Photo: Paul Denton/AirlinersGallery.com. Iberia improved its financial performance with labor stability which was one of the main drivers for a better financial performance of the group in the third quarter. Iberia’s Airbus A320-214 EC-MCS (msn 6244) taxies at Geneva in the new look.

New flights between Italy and Germany have strategic importance for Alitalia. With the introduction of the new flights to Berlin and Dusseldorf in 2015, Alitalia will offer approximately 370,000 more seats, an increase of 66% over 2014. Alitalia currently offers direct flights from Rome to Munich, and Rome and Milan Linate to Frankfurt.

Alitalia’s increase of seats offered to Germany during 2014 resulted in 60% more passengers carried over 2013.