The two MAX 9s will arrive in Kazakhstan in May 2019, direct from Boeing, and will be operated in the summer flight schedule. The new planes will operate domestic and international flights.

The airline currently operates the MAX 8. 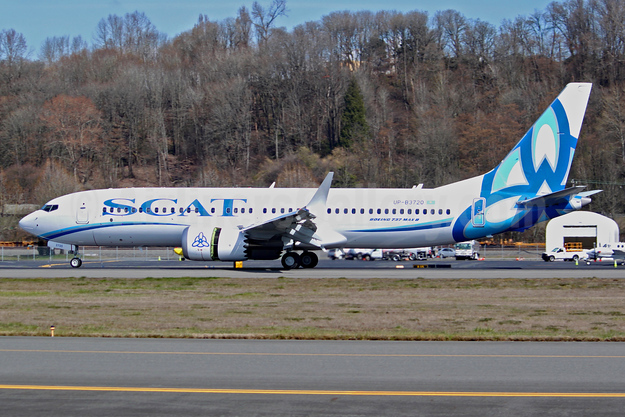 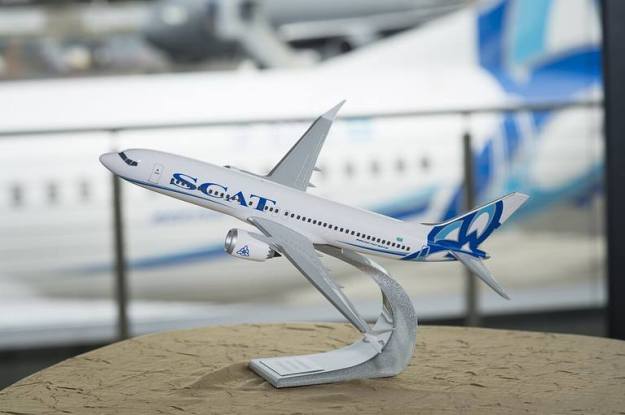 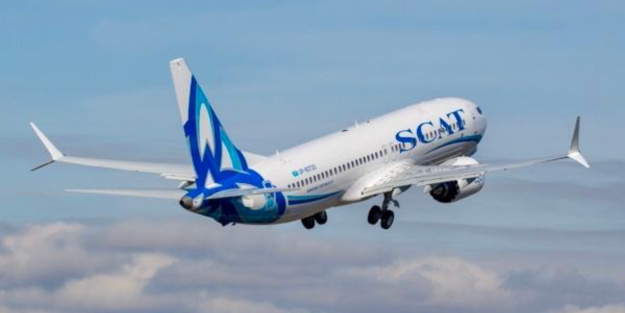 SCAT Airlines (SCAT Air Company) is preparing to introduce a new livery with the pending delivery of its first Boeing 737-8 MAX 8. The pictured UP-B3720 (msn 61737) was rolled out of the paint shop at Renton Airport on March 16 sporting the new look.

The airline is talking about the new color scheme on its social media (translated):

“By Creating the concept of a new livery, we were inspired by the existing livery, but we wanted to stress the sophisticated fuselage of the Boeing 737 Max 8.

Writing the name of the company in blue color transmits the unique and modern positioning of the new graphics of the airline. The concept of the livery presents a new perception of the graphics of the aircraft using the corporate color scheme of SCAT in tandem with the color of the national flag.

Together these two colors form dynamic curves inspired by wind movement and freedom of flight. The power of the blue flowers is filled with a silver stripe.

Placing the logo on the tail turns it into a bold and modern super graphic, creating a dynamic visual rhythm of the connecting lines around the tail part of the plane. This reflects the role of the airline in the mission of connecting Kazakhstan with other countries.” 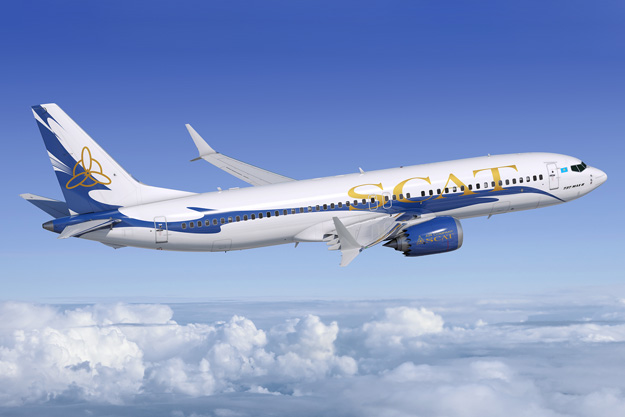 Boeing and Kazakhstan-based SCAT Airlines (SCAT Air Company) have announced an order for six 737-8 MAX 8s on the final day of the 2017 Dubai Airshow. 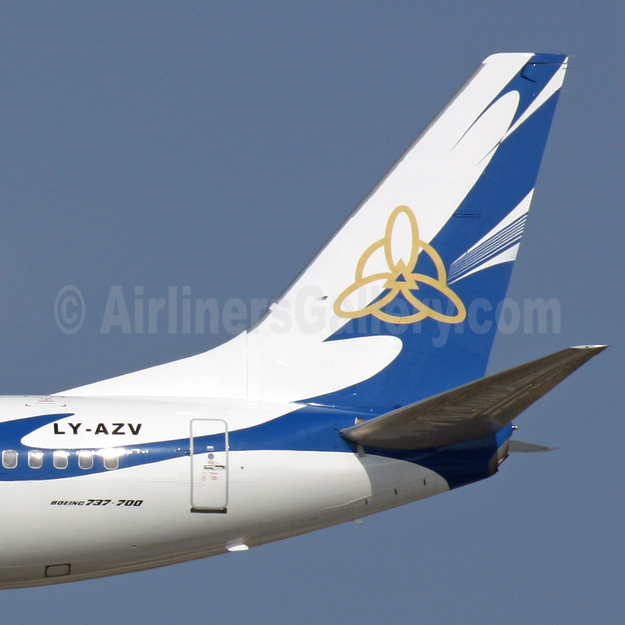 SCAT Airlines (SCAT Air Company) according to Reuters has signed an order with Boeing at the Dubai Airshow for six Boeing 737-8 MAX 8 jets. The order is expected to be officially announced today.

Copyright Photo: Rainer Bexten/AirlinersGallery.com. Please click on the photo for additional information and the full-size view.