“Jet Airways has canceled all its international flights, raising fears that it may be close to collapse.

The airline said in a statement on Friday that it “has canceled its international operations from 12th to 15th April.”
All of Jet’s long-haul services — including to London, Paris and Amsterdam — were suspended from Thursday night, but a spokesperson initially said earlier Friday that all long-haul flights had resumed.
However, the airline later announced the cancellation of all international flights until Monday, adding that it was “working to minimize guest inconvenience.”
Read more from CNN: CLICK HERE

Previously this month Chairman Naresh Goyal had issued this statement: 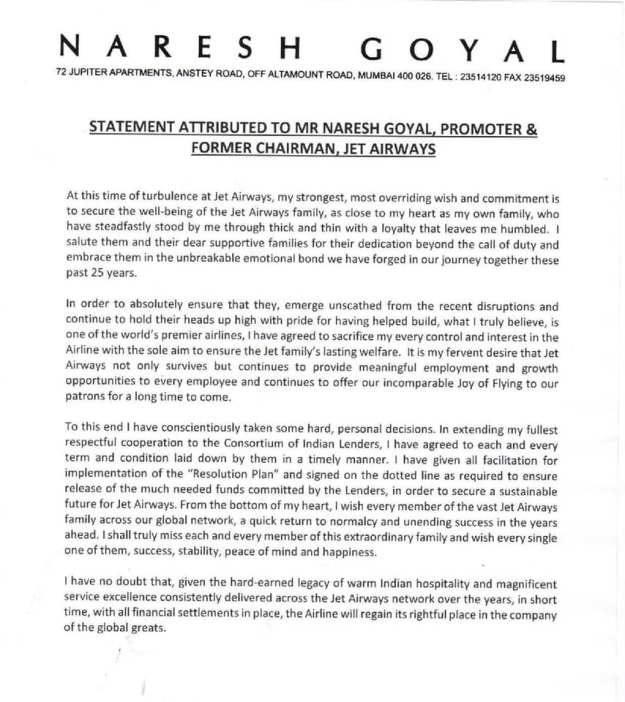 Both pilots, who failed to notice they had lost air traffic control radio contact, were suspended by the company.

Read the full report from the Economic Times: CLICK HERE

Previously the airline on February 12, 2014 had inaugurated flights from the new international integrated terminal T2 at Mumbai’s Chhatrapati Shivaji International Airport on this route to London Heathrow.

Jet Airways’ flight 9W 118 from Mumbai to London Heathrow became the first international flight to take off at 1320 from India’s most new, modern and spacious Terminal 2.