Alitalia (2nd) (Rome) according to Reuters, has failed so far to raise the 300 million euros ($407 million) (only 173 million euros received) in its emergency cash call. The flag carrier is now facing stiffer competition as other airlines move in to add new routes from Italy sensing the emergency. Alitalia will need to find a strategic carrier very quickly that is willing to invest in a failing airline and turn it around. So far Etihad Airways (Abu Dhabi), the savior of struggling airlines, has avoided Alitalia.

Air France-KLM, which owns 25 percent, refused to put in any more capital because it stated the rescue plan was not drastic enough to save the airline.

This is the second version of Alitalia, saved once before from the first failing Alitalia. Is there a third? 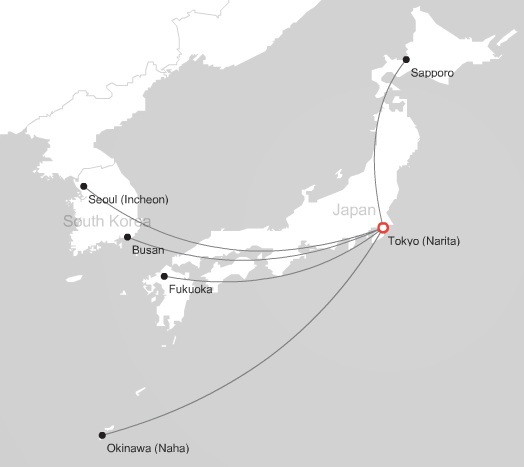 AirAsia (AirAsia.com) (Malaysia) (Kuala Lumpur) and the Tata Group (Mumbai) have announced a new joint venture proposal. If approved by the Indian government the new JV would bring a new low-fare airline to India under the AirAsia brand based in Chennai.

According to this report by One India News the Indian Finance Ministry is due to take up the proposal before the Foreign Investment Promotion Board (FIPB) on March 6.

AirAsia has applied to control 49 percent in this new joint venture with Tata Sons Ltd and Arun Bhatia’s Telestra Tradeplace Pvt Ltd. If approved, this will be the return of Tata to the aviation business. State-owned Air India grew out of Tata Airlines, which began operations in 1932. Ironically Air India (Mumbai) and other Indian carriers are likely to oppose the entry of AirAsia.

Air One (Milan-Malpensa) is again planning to expand the new Venice base with three-times-weekly summer season service from VCE to Copenhagen from June 27 through September 8, 2013 with Airbus A320s per Airline Route.

Air One added the Venice base on May 4, 2012 when the first flight took off from Venice to Palermo. Air One is now connecting Venice to 12 destinations: Brindisi, Cagliari, Palermo, Barcelona, Prague, St. Petersburg, Warsaw, Istanbul, Brussels, Athens, Palma de Mallorca and Menorca.

The Venice base is Air One’s third base after Milan Malpensa and Pisa. 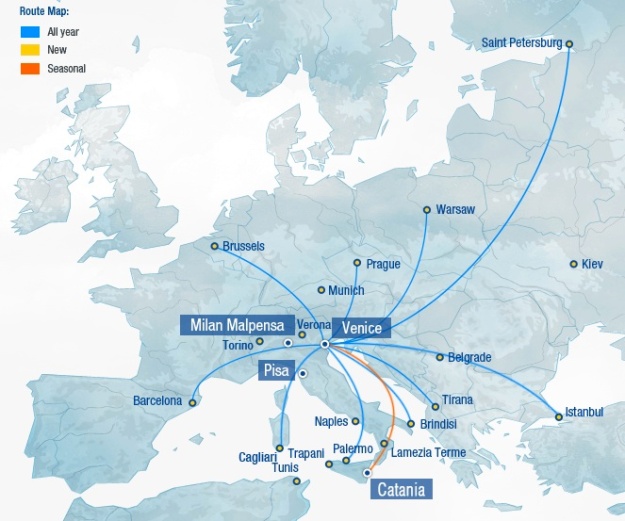 Thai AirAsia (AirAsia.com) (Bangkok) will move all of its operations from the large (but more congested) Suvarnabhumi International Airport (BKK) back to the smaller (but underutilized) Don Mueang International Airport (DMK) on October 1. The low-fare airline is currently being impacted at BKK with a runway closure that is renovating the east runway until August 9, 2012.

“AirAsia affirms its readiness to transfer all operations to Don Mueang International Airport by October 1, 2012. The airline assures Don Mueang Airport will be able to accommodate its growing fleet and provide its customers with the utmost satisfaction.”

Thai AirAsia is planning to grow its Airbus A320 fleet to 48 aircraft.