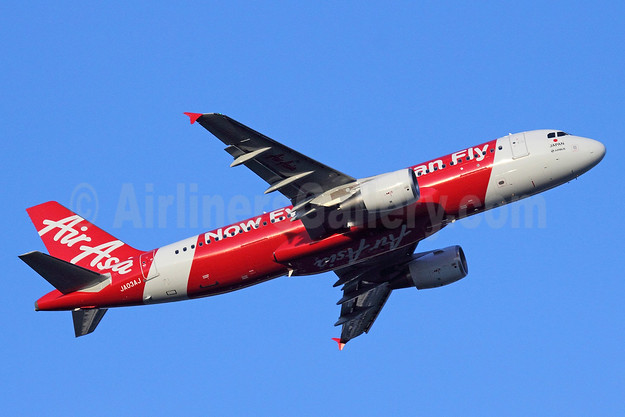 AirAsia (AirAsia.com) (Malaysia) (Kuala Lumpur) has announced the second launch of AirAsia Japan (2nd). The low-fare Malaysian airline issued this statement today (July 1). Operations are due to start in mid 2015. Here is the full statement:

Tony Fernandes (center above), Group Chief Executive Officer of AirAsia said, “We are very excited to return to Japan’s skies together with Octave, Rakuten, Noevir and Alpen this time round. I am more confident than ever that AirAsia Japan, led by Odi (Odagiri Yoshinori) with the strong partnership we have with our new investors, will continue to realize our vision to revolutionize the low-cost carrier segment of Japan. The AirAsia Japan team is now working hard with the relevant authorities to obtain necessary operational approvals, and we hope that all will be in place to start both domestic and international flights by the summer of 2015.”

Odagiri Yoshinori, Chief Executive Officer of AirAsia Japan further commented, “We are ready to take on this challenge and with great teamwork, we hope to bring AirAsia’s successful low-cost business model once again to Japan. Our counterparts in Malaysia, Thailand, Indonesia, the Philippines and India have seen great and encouraging responses in their markets, and we will work towards the same for Japan. We would like to thank the investors for their belief in us and we look forward to working closely with them moving forward.”

Octave was incorporated in Japan on May 2014 and its major business is to acquire, own, manage, hold, sell, and dispose of the shares of AirAsia Japan and make collections from the shares of AirAsia Japan; while Rakuten was incorporated in Japan on February 1997 and its major business includes Internet services (e-commerce, travel), financial services (bank, credit card, securities. etc), telecommunications and professional sports.

Noevir, which was incorporated in Japan on March 2011 and its major business includes cosmetics, pharmaceuticals and health food, apparel and aviation business. Alpen was incorporated in Japan on July 1972 and its major business includes manufacturing and retail of ski equipment, other sporting goods equipment including golf, tennis, marine sports, baseball, etc. and leisure goods; management of ski resorts, golf courses and fitness clubs.

Vanilla Air’s A320 is configured with 180 seats in a high comfort all economy layout. The aircraft is equipped with Sharklet fuel saving wing tip devices and powered by CFM56 engines.

ANA Holdings Inc (ANA-All Nippon Airways) (Tokyo) according to Reuters, will buy out AirAsia’s (Malaysia) (Kuala Lumpur) portion of AirAsia Japan (Tokyo-Narita) joint venture for over $25 million. The loss-making entity will be dissolved. AirAsia Japan commenced operations only on August 1, 2012. ANA controls 67 percent of the shares.

ANA is considering its options. The joint venture could be rolled into Peach Aviation.

Top Copyright Photo: Michael B. Ing/AirlinersGallery.com. The AirAsia brand will soon die in Japan. The concept is just not working despite the recent SkyTrax 2013 Awards (below, AirAsia Japan). Airbus A320-216 JA01AJ (msn 5153) arrives at the Narita base.

AirAsia Japan (AirAsia Japan Company Limited) (Tokyo-Narita) is getting ready to take delivery of its second Airbus A320 (JA02AJ). The new airline took delivery of its first Airbus A320 (JA01AJ) June 8, 2012 at Toulouse, France. As we previously reported, the new carrier will start scheduled operations on August 1 from Narita International Airport to Sapporo and Fukuoka, and from August 3 to Okinawa with an initial fleet of these two A320s.

AirAsia Japan will start international operations to Seoul (Incheon) and Pusan in South Korea in October, with the fleet growing to four A320s by the end of 2012.

AirAsia Japan’s A320s are configured in a high comfort, all economy layout with 180 seats. Each aircraft is powered by CFM56 engines.

AirAsia Japan, established in August 2011, is a joint venture between Japan’s largest airline ANA Group (67%) and low-cost airline AirAsia (33%). Operating under the AirAsia brand, AirAsia Japan will serve both domestic and international destinations.

Copyright Photo: Yvan Panas. The second Airbus A320, specifically this A320-216 with the test registration of F-WWIX will be delivered this month as JA02AJ. Oddly this aircraft wears a different color scheme from the first A320 (JA01AJ). It is unclear if this represents a new livery for the AirAsia family of airlines.

AirAsia Japan (AirAsia Japan Company Limited) (Tokyo-Narita) took delivery of its first Airbus A320 aircraft yesterday (June 8) at Toulouse, France. The new carrier will start commercial services on August 1 from Narita International Airport to Sapporo and Fukuoka, and from August 3 to Okinawa with an initial fleet of two A320s.

AirAsia Japan will start international operations to Seoul (Incheon) and Pusan in South Korea in October, with a fleet growing to four A320s by the end of 2012.

AirAsia Japan’s A320s are configured in a high comfort, all economy layout with 180 seats. Each aircraft is powered by CFM56 engines.

AirAsia Japan, established in August 2011, is a joint venture between Japan’s largest airline ANA Group (67%) and low-cost airline AirAsia (33%). Operating under the AirAsia brand, AirAsia Japan will serve both domestic and international destinations.