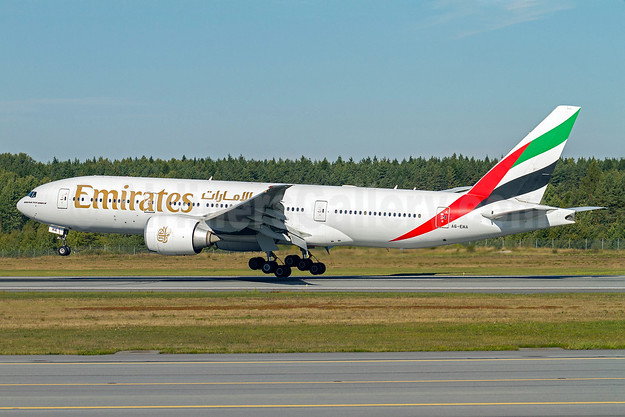 In addition to passenger service, the Chicago-Dubai flight will carry up to 17 tons of cargo per flight and increase trade links between the two cities. Emirates began operating cargo service to Chicago in 2013. Currently, Emirates SkyCargo flies a twice-weekly, dedicated freight service out of O’Hare that carried nearly 12,000 tons of cargo last year.

Emirates began passenger services to the U.S. in 2004 with services to New York. The airline has steadily added more U.S. routes over the past decade. Chicago is the ninth U.S. gateway to join the Emirates network, following the launch of the Boston service in March. In the past decade, Emirates has flown more than 9 million people to and from the U.S. and is the airline which carries the most amount of passengers between the U.S. and Middle East. To cater to that demand, Emirates is upsizing services on its Dallas/Fort Worth, San Francisco and Houston (Bush Intercontinental) routes to its iconic double-decker A380 aircraft in late 2014.

Emirates is the largest operator of Boeing 777 aircraft in the world, with a fleet of 128 passenger aircraft and 11 freighters. The airline is a launch customer of Boeing’s new 777X. In November 2013, Emirates placed the largest single order in commercial aviation history for 150 777X aircraft valued at $76 billion. Based on the U.S. Department of Commerce’s aerospace export multiplier, this order will support more than 400,000 jobs in the United States.

The flight to Chicago is scheduled as a 14-hour, 40-minute flight.

Emirates (Dubai) has announced a new trans-Atlantic link with the start of flights to Boston from March 10, 2014.

This will be the airline’s 8th route into the United States, 9th into North America and 12th into all of the Americas.

The flight will be operated by a GE-90 engine-powered Boeing 777-200 LR and brings the winner of the Skytrax ‘World’s Best Airline’ 2013 award into Boston Logan International Airport on a daily basis.

From March 10, 2014, flight EK 237 will depart Dubai at 0945 and arrive in Boston at 1515. The return flight, EK 238, will take off from Boston at 2255 and land in Dubai at 1910 the next day. As part of an agreement with JetBlue Airways (New York), Emirates and JetBlue passengers are able to travel on each other’s flights and earn reciprocal miles.

Emirates started flights to America in 2004, beginning with New York. The airline’s current seven U.S gateways form part of a 134-destination network, served by a fleet of more than 200 modern aircraft, including the airline’s flagship Airbus A380. Emirates’ much-lauded hub in Dubai is equipped with the world’s first purpose-built A380 concourse, housing the largest First and Business Class lounges in the industry.