Yamal Airlines has cancelled its planned order of 10 Sukhol Superjet 100s following the fiery crash at Moscow according to Reuters.

The airline stated the servicing costs were too high for the Russian type.

Yamal is Russia’s second biggest operator of the type behind Aeroflot.

Aeroflot Russian Airlines and United Aircraft Corporation have signed an agreement for the delivery to Aeroflot, of 100 Superjet 100 (SSJ100) aircraft.

The document was signed by Aeroflot CEO Vitaly Saveliev and President of PJSC United Aircraft Corporation Yury Slyusar during the Eastern Economic Forum in the presence of President of the Russian Federation Vladimir Putin.

Under the agreement UAC will deliver 100 Russian-built SSJ100 aircraft to Aeroflot between 2019 and 2026. The aircraft will be configured with 12 seats in business class and 75 seats in economy class. The final contract will be signed after the parties agree on material terms of the transaction and corporate approvals have been obtained.

“We have signed the largest aircraft delivery agreement in Aeroflot’s history, under which the Company will receive 100 modern Russian-built SSJ100 aircraft. Including the expected delivery of 50 MC-21, by 2026 Aeroflot will operate 200 Russian-built aircraft. Aeroflot has historically been the largest operator of Russian aircraft and has helped to improve all Russian aircraft models currently in operation. It is Aeroflot’s top priority to act in the interests of Russian aviation and our country.”

“We have worked with Aeroflot for many years. As the first and largest operator of SSJ100 aircraft Aeroflot has significantly helped the development of Russia’s aircraft industry. The signing of this new agreement marks the next stage of our cooperation and joint contribution to the development of the aircraft industry and the expansion of regional and international air connections. We are happy to continue working with Russia’s leading airline.”

Aeroflot currently operates 49 SSJ100 aircraft and is expecting the delivery of the 50th aircraft. 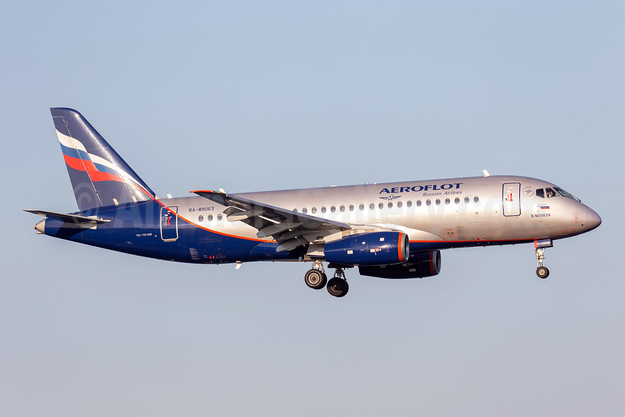 Colombo is the largest city of Sri Lanka and its financial and cultural centre. It is the main tourist hub from which travellers start their journeys across the country. Five weekly flights on Airbus A330 aircraft will operate on the following schedules:

– flight SU 0286 will depart Sheremetyevo on Mondays, Thursdays, Fridays, Saturdays and Sundays at 22:05, and arrive in Colombo at 9:05.

– return flight SU 0287 will depart Colombo on Mondays, Tuesdays, Fridays, Saturdays and Sundays at 10:45, and arrive at Sheremetyevo at 17:30.

Gothenburg is the second-largest city in Sweden and one of the cultural capitals of Scandinavia. Part of Gothenburg lies on the Southern Archipelago just off the coast and is connected to the mainland by public boat and ferry services.

Daily flights on Sukhoi Superjet 100 aircraft will operate on the following schedules:

Ljubljana is the capital of Slovenia, its main political, financial and cultural centre. It is popular among tourists for its architecture and the medieval Ljubljana Castle complex standing on a hill above the city’s downtown. Daily flights on Sukhoi Superjet 100 aircraft will operate on the following schedules:

Fleet: Aeroflot fleet comprises 243 passenger aircraft, as of August 2018. The average age of the fleet is just over 4 years, which makes it one of the youngest in the world! All airliners are named after outstanding people. 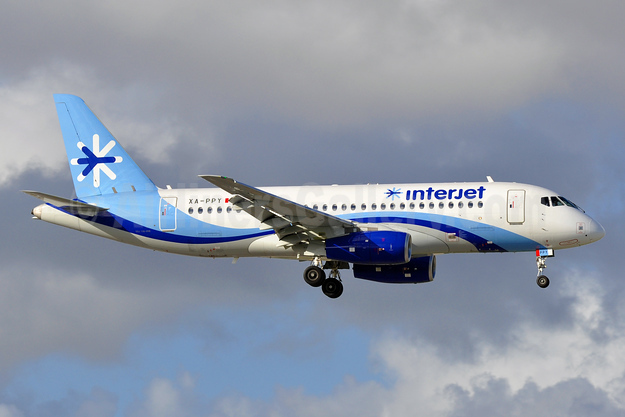 Interjet in June is adding two new routes from Leon/Guanajuato on June 22, 2018. According to Airline Route, the airline will start daily service to Houston (Bush Intercontinental) and San Antonio.

Red Wings Airlines (Moscow-Vnukovo) as planned, took delivery of its first Superjet 100 this month. On January 19 the company accepted the pictured former Moskovia Airlines Superjet 100-95B registered as RA-89021 (msn 95021). The new type is being leased from Sukhoi and two more copies will follow.

Red Wings Airlines (Moscow) has announced it has opened the sale of tickets for the Moscow-Grozny route. Flights will be operated from January 2 to March 28, 2015 with newly acquired Sukhoi Superjet 100s.

The aircraft will be handed over to the airline before the end of the 2014 season. Red Wings plans to fly the Sukhoi Superjet 100 from Moscow also to Ufa, Sochi, Chelyabinsk and Makhachkala.

Moskovia Airlines (Moscow-Zhukovsky) filed for bankruptcy protection and reorganization in February 2014. Following an inspection of the airline’s operations this month by the Russian Federal Air Transport Agency (Rosaviatsia), the airline will longer be able to operate as a scheduled passenger airline according to ch-aviation. The airline will revert to a charter airline on September 1.

Copyright Photo: Arnd Wolf/AirlinersGallery.com. The main aircraft for Moskovia now is the new pictured Sukhoi Superjet 100-95B and a remaining single Boeing 737-700 which is likely to be returned. RA-89021 (msn 95021) arrives in Munich.