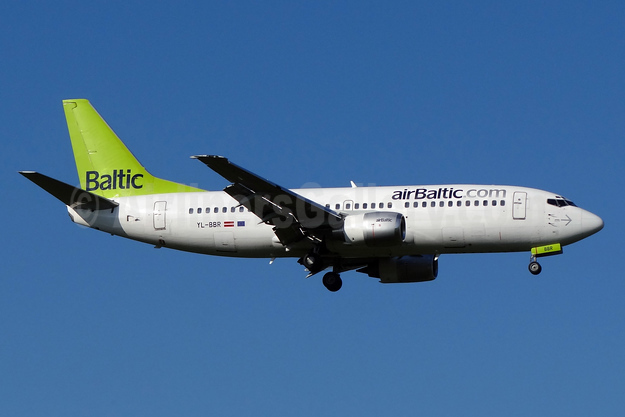 Norwegian today reported its second quarter results for 2015. The pre-tax result (EBT) was 456 million NOK ($56.0 million), an improvement of 593 million NOK ($72.8 million) from the previous year. The load factor for this period was 85 percent with strong progress in all of Norwegian’s markets. This also applies to the long-haul operation, where the load factor was over 90 percent and the passenger number has more than doubled since the same period last year.

The load factor for the second quarter was 85 percent, up five percentage points from the same quarter last year. Norwegian’s long-haul operation had an even higher load factor of 91 percent. During the second quarter, the airline carried 324,000 passengers on its long-haul network. This means that passenger figures for the long-haul operation has more than doubled since the same period last year, where the passenger number was 139,000. Norwegian currently operates 434 routes in Europe, USA and Asia – 21 of which are long-haul routes. All in all, Norwegian has 28 long-haul destinations for sale, with more to come within just a few weeks, including London Gatwick – Boston.

During the second quarter, Norwegian took delivery of a new 787 Dreamliner and two Boeing 737-800 aircraft. Today, Norwegian has a long-haul fleet of eight Dreamliner aircraft. Four more Dreamliners will be added to the fleet next year; all of which will be a bigger version of the ones Norwegian operates today.

Solid growth in all markets

Seven million passengers chose to travel with Norwegian in the second quarter – an increase of nine percent. Norwegian’s strongest growth in terms of passenger numbers was at London Gatwick, with Oslo Airport as a close runner up. The Spanish airports are also experiencing a solid rise in number of Norwegian-passengers. During this quarter, Norwegian has launched domestic routes in Spain, new routes to the Caribbean, as well as new routes between the Caribbean and the cities of Boston, New York and Washington DC.

Despite a weak Norwegian krone, the unit costs are down, ensuring the company’s competitiveness in the future. The fuel prices have decreased, which more than outweighs the effects of a weak Norwegian krone. New aircraft consume considerably less fuel than older aircraft, which gives Norwegian a significant competitive advantage. Norwegian boasts one of the world’s youngest aircraft fleets with an average age of just four years.

During the second quarter, Norwegian’s total revenue was almost 5.9 BNOK, up 16 percent from the same quarter last year. Norwegian’s long-haul routes had a revenue growth of 60 percent. Norwegian’s production growth (ASK) for this quarter was 8 percent, while the company’s traffic growth (RPK) was 15 percent, which reflects that each of Norwegian’s passengers on average flies significantly longer than they did before. In addition, more and more passengers are purchasing optional extras on board.

Copyright Photo: Keith Burton/AirlinersGallery.com. Norwegian is phasing out the last of the older and less fuel efficient Boeing 737-300s. The last of the type is expected to be retired at the end of the current summer season. Boeing 737-31S LN-KHB (msn 29264) is pictured departing at Southend.

Ireland based ASL Aviation Group is to launch a new European airline brand, ASL Airlines, as part of its strategy for continued growth in passenger and cargo operations.

ASL’s 4 European airlines are to be renamed under the new ASL Airlines brand and there will be 4 airline operations ‘centres of excellence’ in Ireland, France, Switzerland and Hungary.

The ASL Group, which employs 1,500 globally, will continue to be based at its Corporate Support Office in Swords, County Dublin and will be led by Group Chief Executive, Hugh Flynn.

The total ASL fleet is +/- 100 aircraft depending on leasing arrangements, of which 75 aircraft are flying in Europe and in future will operate as ‘ASL Airlines’. Some of these aircraft will be painted in airline customer colours while the rest will soon start to become visible in Europe’s airports in the new ASL Airlines livery.

The strategy, named ‘Platform for Growth’, is an initiative aimed building on ASL’s leading role in various express integrator, passenger and postal markets in Europe.

ASL will also expand its global presence through its interest in Safair in South Africa and cargo airlines K-Mile in Thailand and QuikJet in India where ASL announced last week that its shareholding is to increase to 72.59%.

The new ASL Airlines brand and identity will achieve a number of key strategic aims:

“Our intent is to have a new strong single brand that will play a major role in helping us to achieve our vision and mission and reflect our corporate values in our business”, said ASL Group Chief Executive, Hugh Flynn.

“This strong single brand will make it considerably easier to use the aircraft of the European fleet across the individual countries to meet customer demand and this increased fleet flexibility and consequent competitiveness will enable us to grow our business”, Hugh Flynn continued.

Hugh Flynn explained that ASL’s optimisation potential will include the creation of ‘Centres of Excellence’, reducing cost and improving safety, reliability, quality and profitability, 4 of ASL’s 5 corporate values.

“In addition”, he said. “there will be increased security of employment, job satisfaction and challenge for all of the people of ASL, our 5th corporate value, and the most important after safety,”, Hugh Flynn concluded.

A 5th operations ‘centre of excellence’ in South Africa will oversee the continued growth in Safair, the specialist humanitarian Hercules operator; FlySafair, South Africa’s first ‘true’ low cost airline launched in October 2014 and the two Asian airlines. ASL’s aircraft leasing platforms will also continue to be based in Dublin.

To facilitate the ‘Platform for Growth’ strategy the ASL Group is being restructured into two divisions, European Airlines and Rest of the World Airlines and Leasing.

The airline also operates a fleet of turbo prop and jet aircraft for express parcel integrators throughout Europe and the Middle East.

Paris CDG based Europe Airpost will be rebranded as ‘ASL Airlines’ France. The airline operates a fleet of Boeing 737-300/-400/-700 aircraft on passenger and cargo services.

As part of its strategy of diversification, Europe Airpost also operates a weekly scheduled cargo service out of Paris CDG to Tunis, and a number of seasonal scheduled passenger routes serving France, Austria, Portugal and Halifax (Nova Scotia/Canada) via Dublin.

The two European airlines in the Farnair Group will be rebranded as ‘ASL Airlines’ Switzerland and ASL Airlines Hungary.

Farnair’s joint venture airlines in Asia, Quikjet in India and K-Mile in Thailand are not included in the rebranding initiative.

The airline issued this full report:

Norwegian reports strong growth in all European markets with a capacity increase of 36 percent and a load factor of 85 percent in its third quarter results. The pre-tax result (EBT) was 505 MNOK, compared to 604 MNOK the same quarter previous year. The costs associated with wet-leasing replacement aircraft and a weak Norwegian Krone (NOK) significantly affected the figures.

Even with strong passenger growth, the load factor was high and increased by three percentage points to 85 percent in the third quarter. Norwegian carried 7.1 million passengers this quarter and the company’s operations at London Gatwick had the strongest passenger growth.

The pre-tax result (EBT) was 505 MNOK, compared to 604 MNOK the same quarter previous year. The combination of a weak Norwegian Krone (NOK), the delayed approval from the U.S. Department of Transportation and costs associated with flight delays, affected the results this quarter. Wet-leasing replacement aircraft and extra fuel, as well as accommodation, food and drink for delayed passengers also created extra costs. The costs associated with the long overdue application before the U.S. Department of Transportation for a foreign air carrier permit for Norwegian’s Irish subsidiary, Norwegian Air International were also considerable. The application is in full accordance with the Open Skies Agreement between the EU and the U.S.

“We’re very satisfied that throughout our world-wide route network, an increasing number of new passengers choose Norwegian. Norwegian has recently received several international awards and was even named ‘Europe’s best low-cost airline’ the second year running. However, we have also experienced some turbulence this quarter. Our results are affected by additional costs related to the pending U.S. permit for our subsidiary in Dublin, consequently reducing our ability to optimize our fleet of aircraft. Even though technical difficulties with our Boeing 787 Dreamliners have also caused additional costs, our long-haul operation now consists of more aircraft and improved reliability. Looking into 2015, we will see a year of consolidation and lower growth. Next year, our fleet of short-haul aircraft will consist exclusively of Boeing 737-800s as older Boeing 737-300s will be phased out,” said CEO Bjørn Kjos.

airBaltic (airBaltic.com) (Riga) is dropping its two routes to Istanbul (Sabiha Gokcen) and Kaliningrad on May 27 per Airline Route.