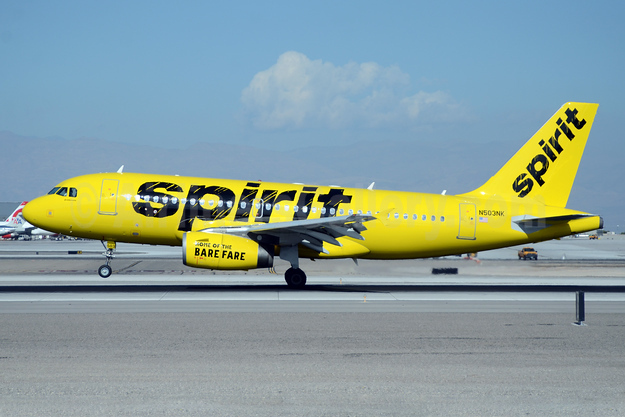 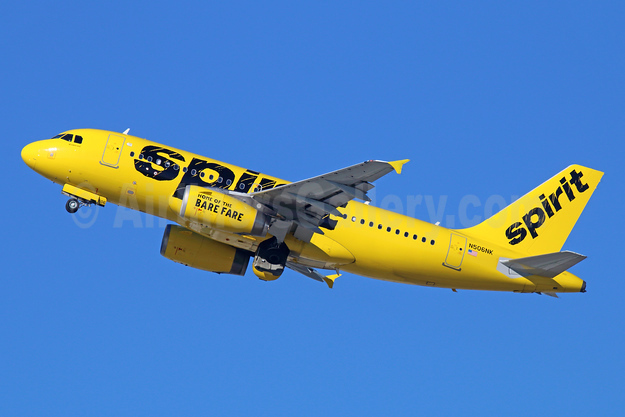 The debut is part of the steady growth by Spirit, which announced last year the addition of 10 new non-stop destinations out of IAH, bringing its total of routes served to 22. This includes expanded domestic service to Tampa and Baltimore/Washington, which began in March, and nonstop service to Oakland/San Francisco, which began in April. 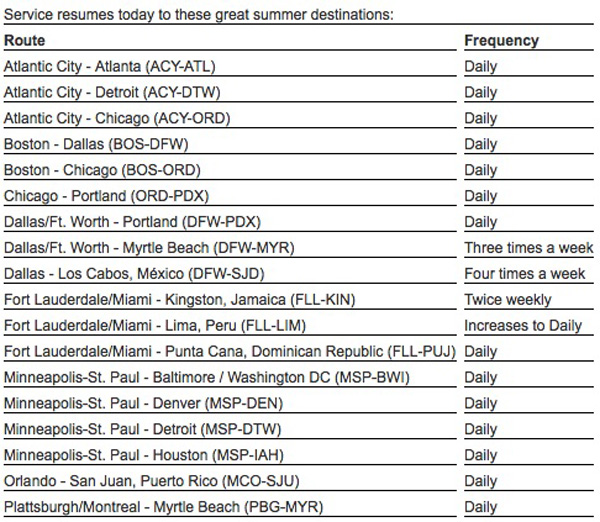 Therefore as an airline, in the eyes of the FAA, US Airways technically was fully merged into American Airlines today (April 8) although brand remnants of US Airways (especially on the aircraft) will take longer to erase.

American Airlines today (April 8) received a single operating certificate from the Federal Aviation Administration (FAA) for American and US Airways, marking a major milestone in the integration of the two airlines.

The FAA’s approval for American and US Airways to operate under one certificate is the culmination of more than 18 months of work aligning the carriers’ operating policies and procedures. Beginning today, most flight operations, maintenance and dispatch procedures will be identical for all flights. Air traffic control communications will refer to all American and US Airways flights with the call sign “American.”

“Achieving a single operating certificate is an important step toward becoming a fully integrated airline and the effort to reach today’s milestone touched nearly every area of our company,” said Robert Isom, American’s Chief Operating Officer. “For a project of this scope, many entities and people must come together and see it through to completion, but one person must ultimately oversee it in its entirety. With that, our appreciation for the leadership of Captain and Senior Vice President, Integration Operations Ed Bular, who oversaw this massive project, along with the CAVOK Group under the leadership of Vice President Jim Ballough, cannot be overstated. Likewise, our frontline employees and the union leaders who represent them are to be enthusiastically applauded for their role in learning and implementing new policies and procedures and adhering to those as we move forward under one certificate.

“The FAA’s Joint Transition Team, led by Skip Whitrock, helped guide us through a rigorous process designed to ensure that our airline is built on a solid foundation of regulatory compliance. We are extremely appreciative of the valuable direction that Skip, Division Managers Nick Reyes and Larry Fields and all at the FAA have provided us over the past year.

“Lastly, as a global airline, this work spanned many regions. We thank the Department of Transportation and regulatory authorities in more than 50 countries who worked alongside us to ensure this critical project remained on track.”

Isom concluded, “While today marks a significant milestone for our integration, there is still much that remains ahead and we will intensify our focus on moving to a single reservations system and website and combining our frontline employee workgroups.”

A team of more than 700 employees reviewed 465 manuals along with policies, procedures and programs from both carriers and selected best practices to implement for the merged airline. More than 110,000 employees completed hundreds of thousands of hours of training in multiple phases and more than 115,000 pages on policies and procedures were published.

The FAA’s recognition of American as a single operator does not mean change for customers, who will continue to check in for their flights on aa.com, usairways.com, or at American or US Airways ticket counters until later this year when American moves to a single reservations system.

Since American and US Airways merged in December 2013, the airline has been making steady integration progress, including inducting US Airways into the oneworld alliance, merging separate frequent flyer programs into the single AAdvantage program and reaching five-year joint collective bargaining agreements with its pilots and flight attendants.

Copyright Photo: Michael B. Ing/AirlinersGallery.com. The real story here is how upstart America West Airlines (AWE) (and the Doug Parker-led management team) (Phoenix) became the largest airline in the world by taking over two struggling and larger airlines and adopting their names. US Airways’ legacy 1983 America West retro scheme is pictured on Airbus A319-132 N828AW (msn 1552). You did it Doug Parker. Congratulations. Well done. 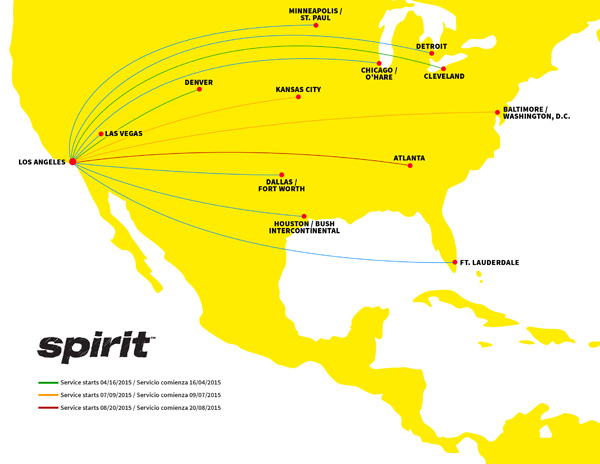 To date, Spirit has announced 26 new nonstop routes starting in 2015, and jumps to 37 with this announcement.