American Airlines has announced it will open a new Line Maintenance station at Houston’s George Bush Intercontinental Airport (IAH) just in time for the summer peak season. The airline’s 29th Line Maintenance station will provide additional support for the increased maintenance needed to ready American’s aircraft for the busy summer travel season while also improving operational reliability and increasing the number of available aircraft to accommodate customers each morning.

The newest Line Maintenance station — a more than $42 million investment — will be completed in three phases. In the first phase, which begins in May, American will secure temporary space at IAH and start recruiting aviation maintenance technicians (AMTs). In the second phase, which begins in June, additional maintenance work will be added, such as service checks and engine washes, as well as other maintenance work on aircraft that remain overnight. The third and final phase concludes in the first quarter of 2020 and will include renovated breakrooms, offices and toolbox storage spaces for AMTs.

“With an average of 38 daily departures at IAH, there are additional opportunities for us to perform maintenance on our aircraft, ultimately enabling us to provide a stellar travel experience for our customers and team members this summer,” said Kevin Brickner, Senior Vice President of Technical Operations for American. “On any given night, we have up to 10 aircraft that remain at IAH overnight, so this is a way to take advantage of our resources and invest in additional talent in order to improve our operations during one of our busiest times of the year.”

The Line Maintenance station at IAH will be staffed with approximately 46 AMTs and other support personnel who will perform maintenance on the carrier’s Boeing 737 and Airbus A319, A320 and A321 aircraft. 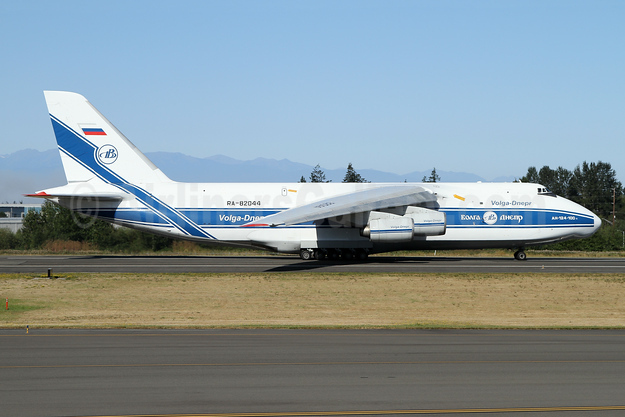 Volga-Dnepr Airlines has decided to base one of its 12 Antonov An-124-100 freighters at Houston (George Bush Intercontinental Airport) (IAH).

The airport issued this statement:

Volga-Dnepr Group, one of the world’s largest cargo airline operators and a leader in the transportation of oversized and super-heavy cargoes, announced it will open an Operations Base at George Bush Intercontinental Airport to give customers in North and South America faster and more economic access to its unique range of delivery solutions.

With the inauguration of the Group’s Operations Base at the airport, it will dedicate one of its 12 Antonov An-124-100 freighter aircraft as well as crews, technical support teams and special loading equipment for unique cargoes to the Houston facility. The move will ensure the airline’s customers in the Americas, including its longstanding and major clients in the oil and gas, heavy machinery, energy and aerospace sectors, will benefit from immediate local expertise and services to meet their specialist logistics requirements.

The Group has enjoyed a successful and growing partnership with Bush Airport prior to this new commitment, providing delivery services for the most challenging and complex transportation needs of companies in the region.

Located in the east cargo area at George Bush Intercontinental Airport, the new Operations Base will improve accessibility to the airport and the Group’s services. It will provide unique and specialized on-site engineering solutions to enable the safe and secure transportation of heavy and outsize cargoes, using its team’s expertise in delivering complex load planning and delivery solutions. The Base will be staffed by Volga-Dnepr specialists, including load planning engineers and loadmasters, operations, navigation and ground handling specialists. The base is an expansion of the Group’s sales office, which was established in Houston in 2001, and will create 30 to 40 new jobs in the local area.

Volga-Dnepr Group has grown its presence in Texas and across the North and South American markets due to the unique transportation capabilities of its outsize and super-heavy cargo operator, Volga-Dnepr Airlines, and its special fleet of Antonov An-124-100 and modernized IL-76TD-90VD ramp loading freighters. More recently, its relationship with the airport has been extended by the Boeing 747 freighter services operated to and from Houston several times a week by the Group’s strategic partner, CargoLogicAir.

Konstantin Vekshin, Executive President, Charter Cargo Operations of Volga-Dnepr Group, commented: “For Volga-Dnepr Group, the choice of Houston as our Operations Base to serve customers in North and South America is a natural development of our existing relationship with the airport and another key milestone in the development of our company in the Americas market. This commitment brings us even closer to our customers geographically and enhances our ability to provide special ‘out of the box’ solutions which make our customers’ lives easier. We feel this move will accomplish these goals and enable us to offer more economical and faster services, managed by a team of local experts.

“Our business growth in North and South America stems from our holistic approach, focused on safety, security, on-time delivery with cost-effective solutions. This is not just rhetoric, we have been demonstrating these capabilities for over 28 years by developing innovative solutions to move our customers’ most complex cargoes. The infrastructure now located in Houston will also enhance Volga-Dnepr’s important role in supporting humanitarian missions across the region by facilitating fast response operations to the worst-affected areas in the aftermath of natural disasters. By working in partnership with government and non-governmental organizations, we know from long experience that accelerating the response to disasters in vital to restoring stability and saving lives, and we are now better equipped to do this than ever before.”

The flight, operated by a Boeing 777-200 aircraft, was welcomed to Houston with a performance on the tarmac by a kapa haka group made up of Air New Zealand staff.

This week ANZ marks 50 years of flying to the U.S.

Air New Zealand will fly between Houston and Auckland up to five times per week, operating its fully-refurbished Boeing 777-200 ER.

The inaugural flight from Houston to Auckland departed yesterday at 8:25 pm (2025) local time.

Southwest Airlines® premiered its latest advertising campaign today during an exclusive event inside the new international concourse at William P. Hobby airport in Houston. The campaign—called TransfarencySM—includes multiple TV advertisements, print and digital elements, as well as a microsite focused on the industry’s competitive landscape.

“Transfarency is a unique approach to treating Customers the way they expect and deserve to be treated. Being a low-fare airline is at the heart of our brand, and the foundation of our business model, so we’re not going to nickel and dime our customers,” said Kevin Krone, Southwest’s Vice President and Chief Marketing Officer. “Southwest continues to lead the pack as the only airline that offers low fares and an inclusive approach to travel. Transfarency is not a new chapter for us, but another tone to the bell that we’ve been ringing for more than 44 years.”

The initial ad that debuted today will begin airing this evening as the Texas Rangers, who Southwest proudly sponsors, fight to advance in the baseball playoffs. It continues to run Sunday, Oct. 11, in conjunction with existing placements airing during NFL Sunday Football. Working with agency of record, GSD&M, in Austin, Texas, this campaign includes a heavy focus on the Company’s low-fare philosophy with no unexpected bag fees, change fees, or hidden fees.

“Transfarency rose to the top for us,” said Marianne Malina, president of GSD&M. “In one word you get the idea; you get the playfulness from it. It has smart humor that Southwest can own, and it elevates the idea beyond just inclusive pricing. It’s about transparency and being honest.”

In addition to the TV advertisements, campaign elements include print and digital components as well as a microsite focused on the industry’s competitive landscape. The microsite includes videos and quizzes focused on Southwest’s unique philosophy. A “Fee or Fake” quiz provides tips for travelers to avoid pervasive fees from other airlines.

The 30-second initial advertisement that debuted today will begin airing Sunday, Oct. 11, during NFL games on NBC, CBS, and FOX NFL programming. It highlights the bold new look one year after its initial launch and verbalizes the airline’s low fares and 86 U.S. destinations.

The ads will run nationally for 15 weeks. Following the Oct. 11 launch, Southwest is scheduled to release three additional ads in the coming months. The airline also plans to roll out digital extensions on Facebook and Twitter surrounding the new campaign.

Today’s rollout of the new campaign comes as Southwest gets ready to open a new, $156 million international concourse at William P. Hobby Airport in Houston. On Oct. 15, Southwest will begin operating flights to six international destinations across Latin America and the Caribbean. The new era in air travel will provide Southwest’s Houston Customers a low-fare choice to reach destinations that have been not been reachable through Hobby airport in decades. 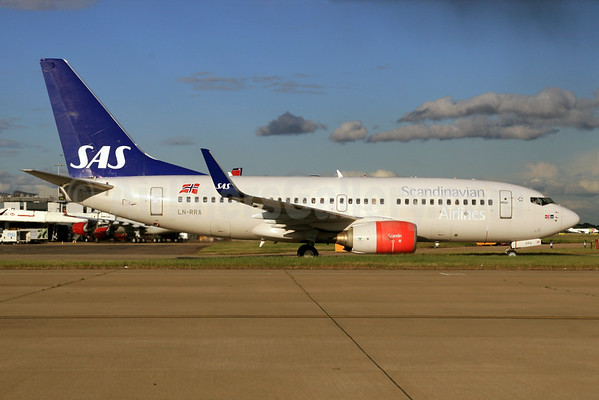 Havana Air is one of the largest providers of passenger traffic to the island, currently operating some 65 flights a month to Havana from Miami with additional service to Santa Clara and Camaguey.

Havana Air utilizes Eastern Air Lines Boeing 737-800 (Next Generation) aircraft, on the weekly flights, which will operate on Wednesdays starting in August.

Havana Air will operate, with Eastern, weekly on Wednesdays, from Houston to Havana

In other news, Eastern has added its second Boeing 737-800 (N277EA) as announced on their Twitter page: