Condor Flugdienst GmbH has chosen the Airbus A330neo to renew its long-haul fleet with plans to introduce 16 aircraft of this new and more efficient type. The airline has signed an agreement with Airbus for the purchase of seven Airbus A330neo, and intends to lease a further nine.

The airline will operate the A330neo on its international long-haul network to the Americas, Africa, the Caribbean and Asia.

Condor has decided to order 16 Airbus A330-900neo aircraft. The Supervisory Board has already agreed. As the German launch customer for the Airbus A330neo, Condor is thus focusing on latest technology, maximum efficiency and the highest level of customer comfort. Fuel consumption per passenger per 100 kilometers will be 2.1 liters, which makes Condor the European frontrunner on long-haul flights.

The first aircraft is expected in autumn 2022, whilst the replacement of the entire long-haul fleet is scheduled to be completed by mid-2024.

The Airbus A330-900neo is designed with innovative enhancements for exceptional efficiency while offering the highest levels of comfort. Guests relax with a significantly enhanced sense of space, regardless of the booking class, and enjoy the latest generation of in-flight entertainment and connectivity on board. The A330neo has special aerodynamics through improved wing design and is equipped with state-of-the-art engines from the manufacturer Rolls Royce. The Trent 7000 engines incorporate the latest technology, deliver exceptional efficiency and are capable of operating on Sustainable Aviation Fuels (SAF). Thus, the Airbus A330neo sets new standards with 20 per cent lower CO2 emissions and significant fuel savings. In fact, the Airbus A330neo is the first aircraft in the world to already be certified for the regulatory reduction in CO2 emissions, which will apply as of 2028. Besides, State-of-the-art flight and navigation systems are installed on board, which are being further developed tailor-made for Condor to meet the special requirements of the leisure airline. Noise- and CO2-efficient approach and departure procedures are thus possible even at particularly high-altitude airports – but noise pollution is also reduced by up to 60 per cent at German airports. 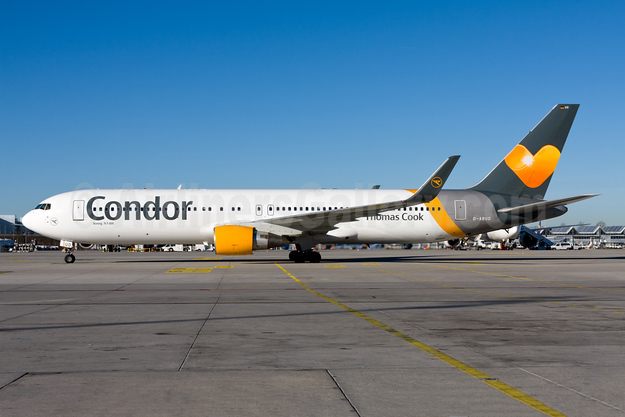 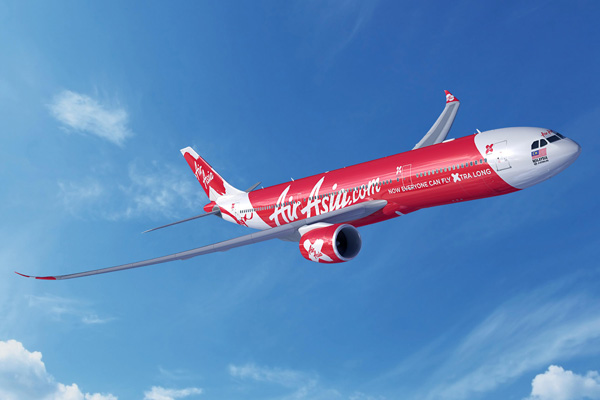 AirAsia X (AirAsia.com) (Kuala Lumpur), the long haul affiliate of AirAsia (AirAsia.com) (Malaysia) (Kuala Lumpur), has placed a firm order with Airbus for 55 A330neo aircraft. This is the largest single order to date for the A330 Family and reaffirms AirAsia X’s position as the biggest A330 airline customer worldwide, having now ordered a total of 91 aircraft. The announcement covers the firming up of a Memorandum of Understanding (MOU) for 50 A330neo signed during the Farnborough Air Show in July 2014, plus an additional five aircraft. Deliveries of the newly-ordered aircraft will begin in 2018. 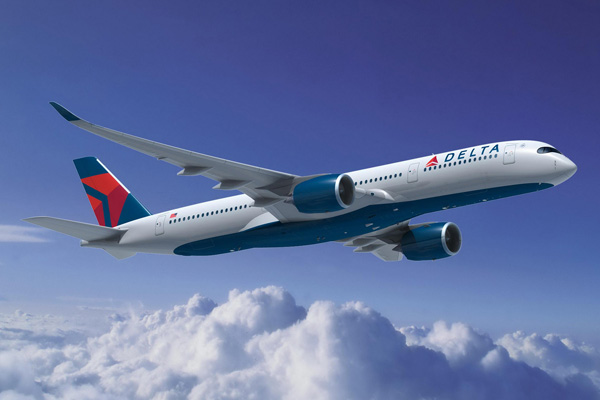 The order for 25 state-of-the-art Airbus A350-900 aircraft and 25 advanced Airbus A330-900neo aircraft fits within Delta’s existing capacity and capital expenditure plan and continues the airline’s focus on making prudent, cost-effective investments in its fleet.

“Delta always approaches fleet decisions with a balance of economic efficiency, customer experience enhancements, network integration and total cost of ownership,” said Nat Pieper, Delta’s Vice President – Fleet Strategy and Transactions. “The A350 and A330neo support our long-haul, transoceanic strategy and join a mix of Boeing and Airbus aircraft that provide exceptional flexibility for Delta’s global network as well as strong cash-on-cash returns for our shareholders.”

The long-range Airbus A350-900 will continue Delta’s optimization of its Pacific network, operating primarily on long-range routes between the U.S. and Asia. The jets are expected to generate a 20 percent improvement in operating cost per seat compared to the Boeing 747-400 aircraft they will replace. Delta will take delivery of the A350 beginning in the second quarter of 2017.

The A350-900 will be powered by two fuel-efficient Rolls Royce Trent XWB engines.

The widebody A330-900neo, an enhancement of Airbus’ successful A330 family featuring greater aerodynamic and economic efficiency, will be deployed on medium-haul trans-Atlantic markets as well as select routes connecting the U.S. West Coast and Asia. The aircraft are scheduled to enter the Delta fleet in 2019 and will deliver a 20 percent operating cost savings per seat over the Boeing 767-300ER aircraft it will replace.

The A330neo features the Rolls Royce Trent 7000 engine which is built with similar technology to the Trent XWB on the Airbus A350.

Delta began a structured fleet renewal in 2011 with the selection of new Boeing 737-900ER aircraft along with Boeing 717s and two-class Bombardier CRJ900 regional jets, and continued it with transactions for Airbus A321 and A330 aircraft. Those aircraft are replacing inefficient older technology airplanes, generating substantial cost improvement and increased customer satisfaction. The airline continues to invest in the onboard product and amenities available to customers on its entire domestic and international fleet including installation of transoceanic satellite in-flight Wi-Fi, Delta Studio featuring a library of free streaming programming as well as more than 1,000 on-demand movies, television shows and music on large, high-definition seatback monitors, and other service improvements. 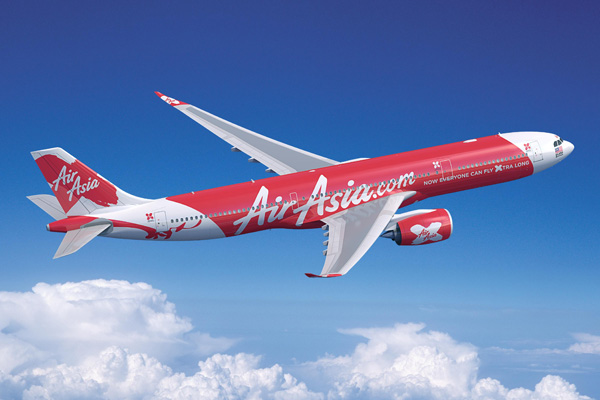 AirAsia X (AirAsia.com) (Kuala Lumpur) has signed a Memorandum of Understand (MOU) with Airbus for 50 A330-900neo aircraft. The agreement sees the airline become a launch customer for the latest version of the best-selling widebody. AirAsia X will also be one of the first operators of the aircraft, with deliveries to the carrier scheduled to begin in 2018.

CIT Group Inc. (CIT Aerospace) has announced a commitment to order 15 Airbus A330-900neo aircraft and five A321ceo aircraft, becoming a launch customer for the new A330neo. The Memorandums of Understanding (MoU) were signed at the 2014 Farnborough International Airshow by Jeff Knittel, President of CIT Transportation & International Finance and Fabrice Brégier, Airbus President & CEO. CIT will announce its engines selection for the A321 aircraft at a later date.

The A330-800neo and the A330-900neo are two new members of the Airbus Widebody Family launched in July 2014 with first deliveries scheduled to start in Q4 2017. The A330neo incorporates latest generation Rolls-Royce Trent 7000 engines, aerodynamic enhancements and new cabin features. Benefitting from the unbeatable economics, versatility and high reliability of the A330, the A330neo reduces fuel consumption by 14% per seat, making it the most cost efficient, medium range Widebody aircraft on the market. In addition to greater fuel savings, A330neo operators will also benefit from a range increase of up to 400 nautical miles and of course all the operational commonality advantages of the Airbus Family.