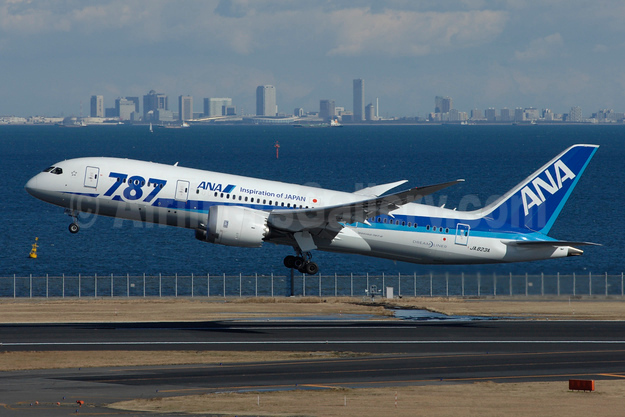 Based on the rising global demand for air travel, ANA has expanded its network of routes, placing an emphasis on international flights. During FY2019, ANA plans to proactively develop new routes to areas where service was not previously available. New destinations include Perth in Western Australia and Chennai in Southern India. These decisions were based on ANA Group’s Mid-Term Corporate Strategy for FY2018-2022. ANA will further strengthen the “Tokyo Metropolitan Dual Hub Model” that makes full use of both Haneda and Narita airports.

ANA will continue to maintain and improve profitability by optimizing the size of the aircraft in accordance with demand trends and the competitive environment, all while also flexibly adjusting aircraft types in use.

Building upon the changes to its passenger side, ANA’s potential to meet demand for cargo transport will also increase with the introduction of a new Boeing 777F large-scale air freighter. This coincides with projected increases in demand over the medium to long term for routes between Asia and North America.

The airline also aims to further increase the comfort of passengers by introducing new state-of-the-art aircraft, products and services.

In addition, ANA plans to improve profitability by introducing the Boeing 787-10, the latest model in the Boeing 787 series, to its Southeast Asian routes. This new addition is expected to capture the increasing demand for connection traffic via Japan.

Below are the details of ANA’s schedule and frequency for the international, domestic, and freighter routes.

Following the launch of the Haneda-Vienna route on February 17, 2019, ANA will continue opening up new routes worldwide. On September 1, Narita = Perth daily service will be available and Narita = Chennai daily service will be available for the 2019 winter schedule period. These are cities where there are no direct flights from Japan. The new flights will provide convenient travel options for ANA passengers and appeal to the increasing number of travelers flying these routes.

ANA is expecting the flow of people and goods in the Asia-Pacific region to further expand with the strengthening of key economic partnerships such as RCEP (Regional Comprehensive Economic Partnership). By opening a new route, ANA will contribute to expanding commercial exchange between Japan and Australia as well as between Japan and India. The new routes will also strengthen the air travel network in the Asia-Oceania region, and further enhancing the presence of ANA in this vital market.

Information about the launch date, schedule, aircraft and timing for the start of sales will be announced when it becomes available.

In addition, a 294 seat Boeing 787-10 (the latest and longest model in the Boeing 787 series) will serve the Narita – Singapore route from April 26, 2019, and Narita – Bangkok starting July 1, 2019, in order to capture the increasing demand for connection traffic via Japan.

ANA will continue its Haneda = Ishigaki, Haneda = Okinawa and Haneda = Hiroshima routes to capture the significant demand for travel between these destinations. In addition, ANA will increase the number of Narita = Nagoya (Chubu) flights to meet demand for international connections from the region to flights such as Narita = Honolulu flying on an Airbus A380. By providing customers visiting Japan access to flights all over the country, ANA will further increase its network of both domestic and international routes.

ANA will continue to maintain and improve profitability by optimizing the size of its aircraft in accordance with demand trends and market factors while also flexibly adjusting aircraft types in use.

Cargo demand between Asia and North America is expected to increase over the medium to long term and ANA will respond with the introduction of a Boeing 777F aircraft capable of transporting large cargo. As freight demand grows alongside passenger demand, ANA will actively work to increase its share of both.

ANA Group made this announcement with this photo on social media:

ANA Group will be the first Japanese carrier to operate three variants of the A320 Family, the A321neo, the A321ceo and the A320neo. With an optimised use of cabin space called ‘Cabin-Flex’, the A321neo will typically seat up to 240 passengers while maintaining Airbus’ standard comfort standard of at least 18 inch wide seats. The A321ceo will seat up to 220, and the A320neo up to 180 people.

ANA (All Nippon Airways) (Tokyo) has introduced this new TV commercial (above) mainly for the domestic Japanese market. The airline in the TV ad is boasting about its international expansion and jokingly suggests it needs to become more international in its appearance. The ad also pokes fun at Westerners. Reactions are on the two ends of the spectrum, either funny or stereotypical racist. There does not appear to be a middle ground of opinions.

My take: Advertising is meant to grab the attention of the viewer. This ad certainly has grabbed the attention of viewers, both in Japan and worldwide. Is it a plus for ANA? Maybe. Time will tell, especially since everything produced today is now worldwide in consumption. There are no barriers on the Internet. Things meant for domestic consumption become an international viral hit in a short amount of time. Personally, I find it very funny. We all need to laugh at ourselves more. What do you think?

In other news, the ANA Group has presented its domestic timetable effective on March 30, 2014 for the summer season:

ANA (All Nippon Airways) (Tokyo) is planning to expand capacity on routes between Japan, Asia and North America. ANA issued this report:

ANA’s (All Nippon Airways) (ANA Group) (Tokyo) net profit for the first nine months was 33.8 billion yen ($443 million), down from 37.5 billion yen a year earlier. This represents a 10 percent drop, due mainly to higher corporate taxes.

The company issued the following guidance:

Operating revenues for the first nine months of the fiscal year 2011 rose three percent to 1,069.8 billion yen, while operating income
increased by 17.3 percent to 91.1 billion yen and recurring profit by 22.5 percent to 71.4 billion yen. Net income for the period was 33.7
billion yen compared with 37.5 billion yen the previous year.

Although economic conditions domestically and internationally remain challenging, ANA is working strenuously to stimulate demand, reduce costs and improve its competitiveness as a network carrier and in October became the first airline in the world to operate the new Boeing 787 Dreamliner.

As a result of these different initiatives and the
strength of the yen, ANA has revised upwards its forecast for operating income and recurring profit for fiscal year 2011, although operating
revenues are expected to remain flat.

Japan’s economy continues to recover gradually from the Great East Japan Earthquake on March 11 last year, but the outlook globally remains uncertain owing to rising oil prices, the government bond crisis affecting the Eurozone and exchange rate fluctuations. ANA has responded to this challenging economic environment by working to stimulate demand for both its domestic and international routes, and
has rolled out approximately 30.0 billion yen in emergency cost improvement measures to minimize the impact on revenues. From November 1 last year, ANA began flying the Boeing 787, as a world’s first regularly scheduled service, and from January 21, began service on a new international route, Toyko Haneda-Frankfurt, further enhancing its
competitiveness as a network carrier.”

Read the full report from the Business Recorder: CLICK HERE

In other news, the pilots are threatening a strike tomorrow. ANA has issued the following statement:

“ANA Group regrets the threatened 24-strike on February 1st announced by its pilot unions and is continuing urgent negotiations with the unions concerned to avert industrial action and the disruption to passenger services it will cause.

Should the unnecessary strike go ahead, ANA will do everything possible to minimize the impact on passengers and services. No international flights will be affected. However domestic flights could regrettably be subject to cancellation and/or delay.”

ACT Airlines (Istanbul) will soon have new investors as it plans to increase its freighter fleet. The HNA Group is planning to acquire a 49 percent share in the airline for $25 million and also add Boeing 747-400 and 767 freighters in Turkey. ACT Airlines will also change its name to MyCargo.

Read a second report from the Daily News: CLICK HERE

ANA Group (ANA-All Nippon Airways) (Tokyo) announced its “ANA Group FY2010-2011 Corporate Strategies”. The company stated it is the report is “designed with the recognition that it is necessary for ANA Group to rebuild its business base to accommodate the global economic downturn as well as the drastically changing business environment.

Opportunities such as capacity increase of the airports in the Tokyo metropolitan area and introduction of the strategical aircraft of Boeing 787, big business change are coming in the fiscal year 2010 and ANA will build up our growth in a more global stage to reach our goal as becoming Number 1 in Asia.

What we aim at:

— to set international operation as the core business of ANA Group