Alaska Airlines is growing again in Boise with a pair of new nonstops we know our guests have been eager to see. Starting June 16, we’ll begin year-round, daily flights to Idaho Falls and Las Vegas from Boise. With these additional routes, we’ll fly up to 36 daily departures from Boise to 15 destinations by next summer – all nonstop. 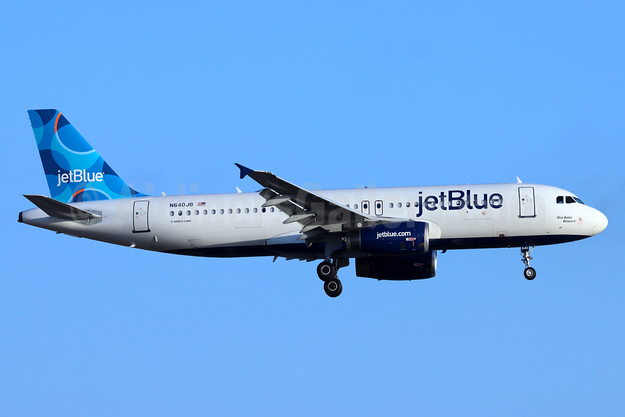 Boise becomes JetBlue’s first destination in Idaho and the 31st state served by the airline. Boise is a rare blend of urban and outdoors, active and relaxing, family-friendly and welcoming. It has unique sites and attractions, diverse cultural offerings and unlimited recreation, including close access to some of the country’s most sought after white water rafting and skiing destinations. At the foot of the scenic Boise Front, Boise boasts several Fortune 500 companies with national and international headquarters or divisions, sprawling high-tech campuses and a major university with a distinctive blue football field. This city, with a river running through it, enjoys its easily accessible outdoors as much as its eclectic urban offerings.

JetBlue is now the only airline operating nonstop service between Boise and the Northeast. The route to New York City is the longest-range route operated from Boise Airport, which is a department of the City of Boise. Operations in its current location began in 1938 and a terminal expansion was completed in 2003. Today, the airport has two concourses, comprised of 23 gates, and hosts multiple restaurants and retail shops. This summer, an average of 83 daily flights depart the airport and in 2019, a record high of more than 4.1 million travelers passed through the airport.

Alaska also announced today that it will upgauge its flights from Los Angeles to Loreto, Mexico, beginning November 1. The flights are currently operated daily, using 76-seat Bombardier Q400 aircraft. Beginning in November, they will be operated Thursday-Sunday using Boeing 737 jets, adding about 70 additional seats each week.

Allegiant Air (Las Vegas) flight 331 from Los Angeles to Boise, Idaho with McDonnell Douglas DC-9-82 (MD-82) N423NV (msn 53008) on Friday evening (June 12) was delayed somewhat in arriving at BOI when a fuel leak developed in the auxiliary power unit while taxiing to the gate. Passengers smelled fuel and when the flight stopped at the gate, passengers opened an emergency exit over the wing and tried to exit via the wing. There were no injuries.

Read the full story from KTVB.com (with picture and video): CLICK HERE

The new flight, which is just under 70 minutes, will be operated by Horizon Air (Alaska Horizon) (Seattle/Tacoma) for Alaska Airlines using 76-seat Bombardier DHC-8-402 (Q400) aircraft.

Gem Air (Salmon, Idaho) has applied to the Department of Transportation (DOT) to operate Essential Air Service (EAS) in Nebraska between Chadron and Alliance according to ch-aviation.

During the summer season, the airline offers an expanded schedule with multiple daily flights between Salmon, Boise, McCall, and Stanely, Idaho.

Delta’s new service will include:

Delta will serve the top 15 destinations in the Western U.S. with the addition of Boise, Denver and Sacramento, while Ketchikan and Sitka complete the top five destinations in Alaska. Delta will also increase its number of daily flights from Seattle/Tacoma to Anchorage, Alaska; Atlanta; Calgary, Alberta; Detroit; Los Angeles; San Francisco and Salt Lake City.

On December 20, Delta will begin service from Seattle/Tacoma to several sun and ski destinations, including Bozeman, Mont.**; Maui, Hawaii; Palm Springs, Calif.**; Phoenix**; Puerto Vallarta, Mexico; and Tucson, Ariz.*; as well as a second daily flight to Honolulu. Additionally, Delta commenced service to Calgary** and Spokane, Wash.* **, at the beginning of November.

The new routes will allow customers to seamlessly connect to Delta’s ten long-haul international flights from Seattle, while providing compelling travel options to cities important to local customers. Earlier this year, Delta launched international service to London-Heathrow, as well as Seoul and Hong Kong and now provides more international long-haul service from Seattle than all other airlines combined. This includes the top five destinations in Asia and three of the top four destinations in Europe. Delta is the only carrier to offer nonstop service from Seattle to Amsterdam, Hong Kong, Paris, Shanghai and Tokyo-Haneda.

The SFO flights are expected to be operated by SkyWest Airlines.

SkyWest Airlines operated its E175 inaugural flight, operating as United Express, from Chicago O’Hare to Reagan National Airport in Washington, D.C. on Saturday, May 17. According to SkyWest, “the milestone represented a tremendous amount of preparation and hard work by many SkyWest employees during the last 15 months.”

Within the next two years, SkyWest will take delivery of 40 new E175s that will operate under an agreement with United Airlines.

According to the airline, “the E175 is the fifth aircraft type in SkyWest’s current fleet, and from full-sized cargo-bins to larger aisles and seats, it’s filled with enhanced features that will help ensure every passenger enjoys a comfortable, convenient flight.”

Southwest Airlines (Dallas) on June 9 will introduce new daily service from Los Angeles to Omaha, Nebraska. This will be followed by Los Angeles-Boise, Idaho weekly service starting on June 14.