Ryanair (Dublin) is doubling its Cologne/Bonn traffic as it launches seven new routes, including a four-times daily service to/from Berlin (Schoenefeld), as part of its Cologne Winter 2015/16 schedule (17 routes in total).

Ryanair Holdings plc (Ryanair) (Dublin) announced that it intends to open its 5th German base located in Cologne/Bonn in October 2014.

Previously the airline announced it would open its third Polish base (66th in total) at Gdansk in October 2014 with one based Boeing 737-800 and three new winter routes to Birmingham, Leeds/Bradford and Warsaw (Modlin) (10 in total).

Current and some the new destinations from Cologne/Bonn: 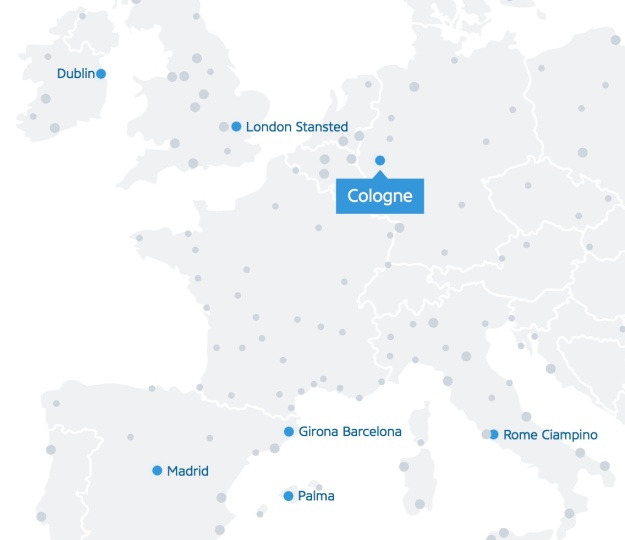 Germanwings (2nd) (Cologne/Bonn) as planned, has introduced its first Airbus A319 in its new brand as introduced on December 6 by parent Lufthansa.

Copyright Photo: Rainer Bexten. Airbus A319-132 D-AGWT (msn 5043) at the CGN base is the first to receive the new treatment.

Air Botswana (Gaborone) is getting ready to take delivery of its first BAe RJ85, this former Lufthansa CityLine jetliner. The airline has also taken the opportunity to introduce this new color scheme which promotes the exotic country destination of Botswana in southern Africa.

UTair Aviation (Khanty Mansiysk) is acquiring a fleet of second-hand Bombardier CRJ200s (CL-600-2B19s) from Lufthansa CityLine. The first has been painted.

RwandAir (Kigali) as previously reported, is acquiring two CRJ200s from Lufthansa. The flag carrier is also negotiating for two Boeing 737-800s for delivery in 2011. 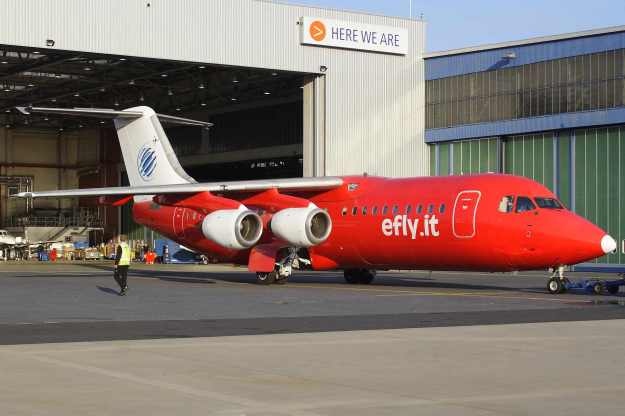