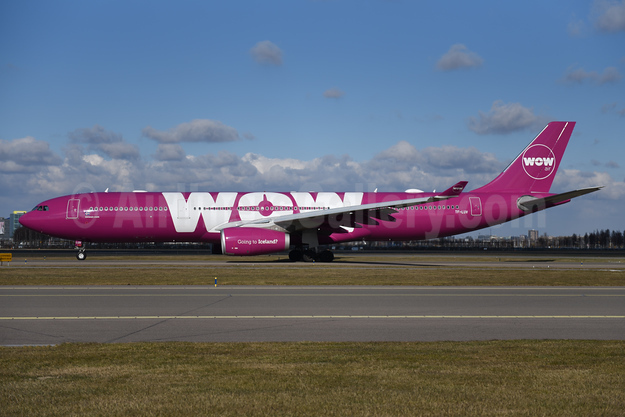 Wow Air announced it will launch new connecting routes from the U.S. to Indira Gandhi International Airport (DEL) in Delhi, India via Iceland. The routes will provide millions of Americans in nine major cities across the country affordable access to the bustling Indian metropolis. The Delhi route will launch on December 5, 2018.

WOW air flight attendant visits the Taj Mahal, one of the seven wonders of the worldlocated just a short distance from Delhi. (CNW Group/WOW air)

WOW air will use its brand new Airbus A330neo aircraft on the Delhi route with its new Wow Premium seats.

Air Kerala (Cochin, India) is a new Indian airline partially established by the Government of Kerala and registered as a subsidiary of the Cochin International Airport Limited (CIAL).

The airline was expecting to commence scheduled passenger operations in July 2015, primarily serving the state’s three airports. However this has been delayed again. The board decided to delay its official start until the move to amend the “5/20 rule” becomes clearer. According to this report by The Hindu “the ‘5/20’ rule allows an Indian carrier to fly internationally only after it has completed five years of domestic operations and maintains a fleet of 20 aircraft.”

Previously the proposed airline had planned to commence operations in April 2013.

According to Wikipedia, Air Kerala will be India’s first airline with a State government as one of the primary stakeholders. The State government, CIAL and other public sector companies will together hold 26 percent of the shares of the company, while the remaining 74% will be issued to individuals and private groups.

SpiceJet (Delhi) Bombardier DHC-8-402 (Q400) VT-SUA (msn 4373) operating flight SG 1085 from Bangalore to Hubli was involved in an incident on landing last night at Hubli, India. The flight was carrying 74 passengers and four crew members. The Q400 reportedly skidded off the runway in heavy rain and the left main gear collapsed. There were no reported injuries.

Below Copyright Photo: TMK Photography/AirlinersGallery.com. The aircraft at Toronto (Pearson) before it was delivered on August 26, 2011. 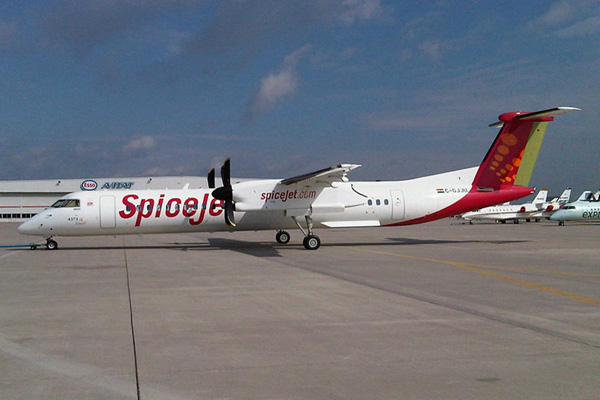 Etihad Airways (Abu Dhabi) has announced that Mumbai and Delhi will become its first destinations in India to be served with triple-daily flights, strengthening its partnership with Jet Airways into and out of India.

Both cities will be upgraded from their current double-daily frequencies, with the third daily flight to Mumbai starting on February 15, 2015 and to Delhi on May 1, 2015.

Etihad Airways will also launch a daily service to Kolkata, capital of West Bengal, on February 15, 2015 to support its long-term development plan in India, and Jet Airways has announced it will soon launch daily services between Abu Dhabi and Goa, Lucknow and Pune.

In addition to the airline’s network developments, Etihad Airways has upgraded its aircraft on a number of Indian routes, including the debut of three-class, wide-body aircraft on select flights. The airline will also operate its new Boeing 787-9 on Mumbai evening services in January 2015.

According to the Economic Times, AirAsia India “will charge passengers for check-in luggage. Cancelled tickets will not earn a refund. Passengers cannot eat their own food on board.”

The entrance of AirAsia is expected to ignite a new fare war in India.

Copyright Photo: Eurospot/AirlinersGallery.com. AirAsia India’s fleet will be drawn from the 475 A320 Family aircraft ordered by the AirAsia Group. To date, almost a third of the aircraft on order have already been delivered and are flying on AirAsia Group’s operations out of Kuala Lumpur, Bangkok, Jakarta, Manila and now Chennai. Airbus A320-216 F-WWBV (msn 6015) became VT-AIF on delivery.

Jet Airways (Mumbai) is expected to report a loss of around $330 million for its financial year according to Forbes. The majority owner, India’s Naresh Goyal, now lives in Dubai, not in India. Etihad Airways has taken a strategic investment of 24 percent of the stock so things are bound to change soon. Efforts to cut costs have been going on for a long time although the financial situation continues to worsens. What will happen next?

Air India (Delhi) flight AI 890 late on Sunday (January 5) did not go well. The flight was operating from Guwahati to Delhi with Airbus A320-231 VT-ESH (msn 469) with around 170 passengers and crew members. The flight diverted to Jaipur, India due to bad weather in Delhi. Unfortunately Jaipur’s  weather deteriorated too with fog but the crew elected to make an emergency landing in Jaipur due to low fuel. On landing the aircraft reportedly burst several tires and the aircraft veered off the runway . The left wing collided with an object according to reports. Part of the outer portion of the left wing was clipped off.

Read the full account from a passenger on board the ill-fated flight from Yahoo! News India: CLICK HERE