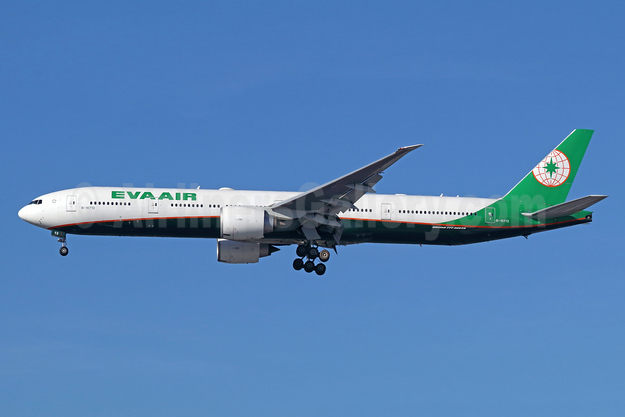 EVA Air has made this announcement:

With flights scheduled to commence on February 18, 2020, EVA Air will begin a four times weekly service from Taipei Taoyuan to Milan Malpensa (MXP) next year. The 316-seat 777-300 operated service will become the carrier’s only sector to Italy, and just the fifth destination it flies to in Europe adding to its existing routes to Amsterdam, London Heathrow, Paris CDG and Vienna. MXP will become the third direct station in Europe, with other cities (London and Amsterdam) only being served via Bangkok, and it is the first route to be opened by the carrier in Europe in the last 20 years.

The Star Alliance carrier, which flew more than 12.5 million passengers in 2018, currently flies to 65 global destinations, including 11 in North America and 50 in Asia and Oceania. EVA Air is one of just eight carriers in the world rated as a ‘Five-Star Airline’ by international quality ratings organisation SkyTrax, and becomes the fifth of those eight airlines to serve MXP. It was also rated amongst the world’s Top 10 Airlines of 2019, as voted for by global travellers, and is the seventh of those ten carriers to fly to Malpensa. It has received this accolade for four years in a row.

The importance of the airline’s hub in Taipei, and the potential for onward connections, will also benefit the new route. “We expect many travellers on the route to fly point-to-point between Taipei and Milan, but we also anticipate significant volumes of passengers and cargo transfer traffic on EVA Air’s network of 31 points in Asia, 18 in China and Brisbane in Australia,” states Tucci. More than 70% of Milan’s traffic to Asia currently flies via a long-haul gateway.

Operated year-round, EVA Air will fly the 9,640-kilometre sector on days 1,2,4 and 6 from its hub at Taipei Taoyuan, and will leave Milan on Tuesdays, Wednesdays, Fridays and Sundays given the overnight service from Asia. Flight BR71 departs Taiwan at 23:40 and arrive at MXP at 07:15 the next day. Leaving Malpensa at 11:50, BR72 lands in Taipei at 06:30 the following day.

Emirates (Dubai) will grow its services to and from Milan with the upgrade of one of its daily Boeing 777-300 services to an Airbus A380 from December 1. This will be the first ever permanently scheduled A380 service to Milan Malpensa Airport.

Bringing the A380 onto one of Emirates’ three daily Milan services will mean an increase in capacity of almost 38%. The triple-daily service connecting Dubai to Milan is currently operated with a mix of Boeing 777-300 and 777-300 ER aircraft. One of these services continues onward to New York.

Boeing (Chicago and Seattle) and International Lease Finance Corporation (ILFC) today announced that two 787-8 Dreamliners will be leased by ILFC to the Italian carrier Neos (Milan-Malpensa Airport). Neos will become the country’s first 787 operator when it takes delivery of the airplane in 2018.

Neos currently operates an all-Boeing fleet of six Next-Generation 737-800s and two 767-300 ER (Extended Range) airplanes. The airline will use the 787s to provide even greater passenger comfort and service, and expand its route network. ILFC is Boeing’s largest 787 customer with orders for 74 of the airplane type. This is not an incremental 787 order for Boeing.

Neos is a part of the Alpitour Group.

Italy plays a key role in the production of the 787, with Boeing supplier Alenia Aermacchi’s factories in Grottaglie (Taranto), Foggia and Pomigliano (Naples) producing the central fuselage and horizontal stabilizer for the Dreamliner.

Founded in 2001, Neos caters to Italy’s leisure market providing flights predominately from Milan, but also other major Italian cities, to destinations across Africa, Asia, the Caribbean and the Mediterranean.