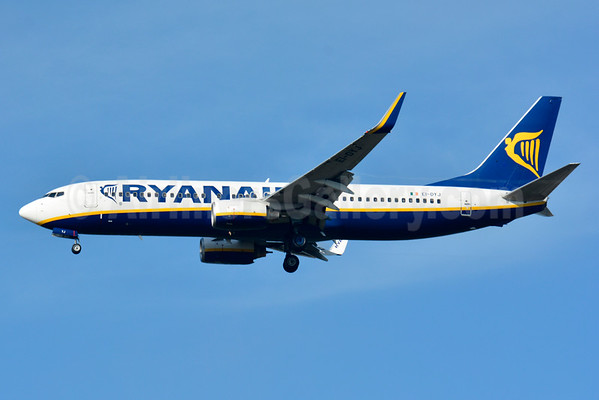 Ryanair (Dublin) has announced two new bases. The ultra low-cost carrier announced it will open a new base at Milan (Malpensa) (number 73), its 15th in Italy, from December 1, 2015, initially with one based aircraft and four new routes to London (Stansted), Comiso, Bucharest and Seville.

In addition, the company announced it will open a new base at Santiago, Spain (number 74), its 12th in Spain, for Summer 2016, with one based aircraft. 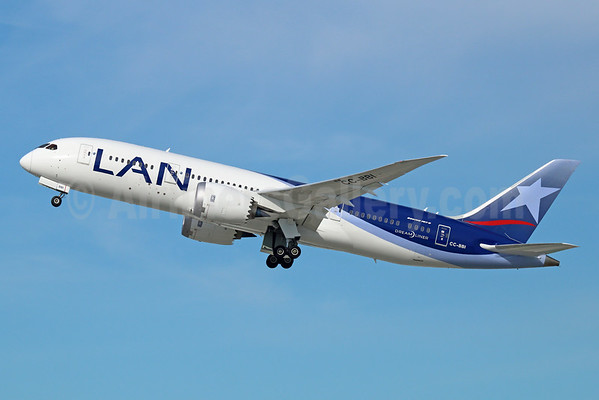 EasyJet (easyJet.com) (London-Luton) today announced a strengthening of its Italian strategy through expanding its bases in Italy at Milan Malpensa and Naples and the opening of a new base in Venice from April‎ 2016. The airline plans to support this expansion by redeploying aircraft and crew from Rome Fiumicino.

“Italy is a key strategic country for easyJet and our plans for 2016 announced today will expand our presence at Milan, Naples and Venice, where there are more opportunities for long term sustainable and profitable growth, while ensuring we continue to connect Rome Fiumicino with Europe in a way that best reflects passenger demand.

“Milan, Naples and Venice are all centres of important Italian economic regions. Each has high levels of passenger demand from leisure as well as business passengers and all have demand for flights both into and out of Italy.

“Our expansion in these three airports will bring thousands of direct and indirect jobs in each region and will ensure easyJet remains the largest airline at each airport giving all three cities the best network connecting them with the rest of Europe.

“At a time when there are significant profitable growth opportunities for easyJet across Europe we are continuing to make a very significant investment in Italy. easyJet has grown steadily in Italy in recent years in terms of investment and jobs and will base 29 aircraft in the country next year, employing over 1000 pilots, cabin crew and other staff and supporting thousands more direct and indirect jobs.”

EasyJet also announced that it is to open a new base in Barcelona from February 2016, basing three Airbus aircraft there. Barcelona has always been a key network point for easyJet and the base opening consolidates easyJet’s strong position at Barcelona carrying almost three million passengers a year to and from 14 airports across Europe.

With aircraft based at the airport business travellers will be able to benefit from earlier departures as well as an increased number of flights on existing routes connecting to primary airports in Europe such as London, Paris, Geneva and Milan.

EasyJet will open a base at Venice Marco Polo Airport starting from April 2016. With four Airbus aircraft based at the airport, easyJet will increase its contribution to the local economy by providing 150 local jobs for pilots and cabin crew.

Venice has for some time been a key network point for EasyJet, having operated flights into and out of the city since 1998. The airline has increased the number of passengers carried by an average rate of 15% per year over the last five years. easyJet currently flies to Venice from 15 primary airports across Europe – such as London Gatwick, Amsterdam and Paris Charles de Gaulle – and is the largest airline at Marco Polo Airport.

As well as being a world famous tourist destination the region is Italy’s third largest economy and 28% of easyJet’s 1.6 million passengers on flights to and from Venice are travelling on business. This will be further enhanced when aircraft are based at the airport as business travellers will be able to benefit from early morning departures.

Milan Malpensa is already easyJet’s second largest base with 18 aircraft and will receive three more from April 2016, providing over 100 new jobs for pilots and cabin crew. This will strengthen EasyJet’s existing status as the largest airline at Milan Malpensa and gives the airline a strong strategic position serving Italy’s richest metropolitan area of some 9 million people with one of the country’s highest GDP.

EasyJet opened its new base in Naples in 2014 and is now firmly established as the largest airline at the airport. Naples is southern Italy’s largest city and the third largest in the country.

EasyJet already bases three aircraft in Naples and will base one more plane there from April 2016 providing 35 more jobs for pilots and cabin crew. Naples is a top European destination both for tourism – the city being listed a World Heritage Site by UNESCO – and for business with a wide network of more than 260,000 companies and 2.6 million business travellers flying from Naples every year.

The Rome Fiumicino base is delivering lower returns than EasyJet’s other bases and the new services and routes which will be operated as a result of this redeployment will better match easyJet’s customers’ needs and deliver higher returns for the airline.‎

The worsening performance of the Rome Fiumicino base has been driven by high airport passenger charges, which have more than doubled since 2012, and will be burdened by further above inflation increases in the coming years. In addition, Rome Fiumicino airport provides a poor passenger experience which has led to low levels of punctuality and customer satisfaction which the recent capacity increases have exacerbated.

As a result of the redeployment EasyJet will cease basing crew and aircraft at Rome Fiumicino from April 2016. There will be no job losses as a result of this decision as easyJet will be offering Rome Fiumicino based crew a transfer to our other Italian bases. The airline will offer individual relocation plans and support for all employees. easyJet hopes that as many of its crew as possible take up this offer.

EasyJet remains committed to connecting Italy with the rest of Europe and will continue to fly around 2 million passengers to and from Rome Fiumicino next year out of its bases across its network. This decision does not reflect in any way on easyJet’s Rome Fiumicino based people or the commitment and effort they have made to deliver a friendly customer experience and high operational standards.

Alitalia (3rd) (Rome) today (March 20) is dealing with a strike by the Air Traffic Control Agency (ENAV) in Italy. The strike is being implemented by the air traffic controllers union between 10.00 to 18.00 local time in Rome. Alitalia, like other carriers, implemented a reduction in flights in order to limit the inconvenience to its customers.

According to the carrier, the strike is not impacting Alitalia’s intercontinental flights from Rome Fiumicino and Milan Malpensa (above).

According to the airline, “Alitalia is contacting passengers involved in the rescheduling and cancellation of flights affected by the strike in order to provide alternative travel solutions and instructions for the refund of unused tickets.”

Copyright Photo: Jacques Guillem Collection/AirlinersGallery.com. The former Air One Airbus A330-302 EI-DIR (msn 272), now in the SkyTeam motif, taxies to the gate at the Milan (Malpensa) hub.

Alitalia (2nd) (Rome) on March 29, 2015 will launch new routes from Milan (Malpensa) and Venice to Abu Dhabi, tripling its frequency to the Capital of the United Arab Emirates with a total of 42 round-trip flights between Italy and Abu Dhabi.

The new Alitalia flights from Milan and Venice – in addition to Alitalia’s Rome (Fiumicino) – Abu Dhabi flight, which began on December 1, 2012 – will be in codeshare with Etihad Airways (Abu Dhabi) (subject to the necessary government approvals), already providing service from Abu Dhabi to Rome and Milan.

Emirates (Dubai) will grow its services to and from Milan with the upgrade of one of its daily Boeing 777-300 services to an Airbus A380 from December 1. This will be the first ever permanently scheduled A380 service to Milan Malpensa Airport.

Bringing the A380 onto one of Emirates’ three daily Milan services will mean an increase in capacity of almost 38%. The triple-daily service connecting Dubai to Milan is currently operated with a mix of Boeing 777-300 and 777-300 ER aircraft. One of these services continues onward to New York.