Eastern Air Lines (2nd) (Miami) is tentatively planning to commence revenue passenger charter operations on May 30 with a Boeing 737-800 charter flight from Miami to the Washington area (planned for BWI) according to the company. The first flight is contingent on receiving its Part 121 AOC. The company is advertising its first flight will be an Honor Flight bringing World War II and Korean War era veterans from South Florida to Washington and return.

On April 20 the new airline announced it had been tentatively been found fit by the U.S. Department of Transportation (DOT)  and “is owned by a citizen of the U.S. and is fit, willing, and able to conduct interstate and foreign air transportation of persons, property and mail as a U.S. Certificated air carrier.”

The new airline also announced on April 20 its second flight attendant class started on the same day and the next pilot class will start on May 4.

Eastern will now start its FAA proving flights as a necessary next step towards receiving its Part 12 Air Operator Certificate (AOC).

Top Copyright Photo: Brian McDonough/AirlinersGallery.com. The first Boeing 737, the pictured ex-Kenya Airways Boeing 737-8AL N276EA (msn 35070), arrived with much fanfare and celebrations at Miami International Airport (MIA) on December 19, 2014. Since then the prospective airline has been going through the extensive certification process. New passenger airlines in the United States have become a rarity in the current airline consolidation period. 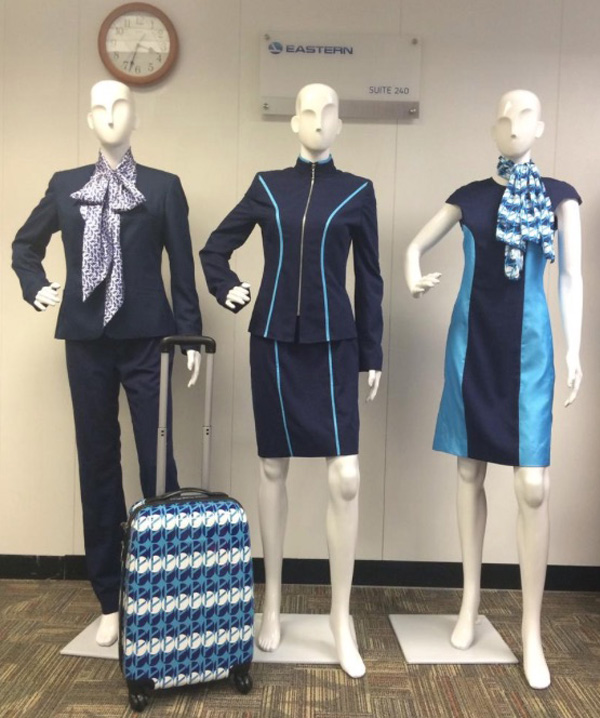 Hawaiian Airlines (Honolulu), helped by short flights in a good weather state, continues to record the best on-time performance for U.S. Airlines, as reported by the U.S. Department of Transportation. Hawaiian led the list for the 11th year in a row. Here is the full list:

Continuing a remarkable streak of on-time consistency that began in 2004, Hawaiian Airlines led the nation’s carriers in punctuality for the 11th year in a row, as reported by the U.S. Department of Transportation (DOT).

Hawai’i’s largest and longest-serving airline averaged a 91.9 percent on-time performance rating for the full year 2014, earning the top ranking in 11 of the 12 months and exceeding the industry average for the year by 15.7 percentage points. For the month of December, Hawaiian Airlines ranked second, recording an 87.9 percent on-time performance rating.

Hawaiian Airlines also ranked second in fewest flights cancelled among all carriers for the month of December with 0.3 percent, representing 21 cancellations out of 6,426 flights.

During the fourth quarter of 2014, Hawaiian Airlines also ranked first nationally for having had the least number of passengers denied boarding, (also known as ‘being bumped’). During this period, not one of the airline’s almost 2.5 million passengers was involuntarily denied boarding.

Aruba Airlines (Aruba) wants to expand its route network to Florida and other U.S. markets. The island carrier has filed with the U.S. Department of Transportation to operate charter and scheduled flights to the USA according to Flightglobal.

The carrier commenced scheduled passenger operations with two Airbus A320s on May 13, 2013 on the Aruba – Maracaibo route. The Aruba – Panama City route was added on June 28, 2013. Valencia has also been added.

Copyright Photo: Michel Saint-Felix/AirlinersGallery.com (all others by Aruba Airlines). This colorful livery was introduced in October 2012 on the pictured Airbus A320-232 P4-AAA (msn 582) (above). 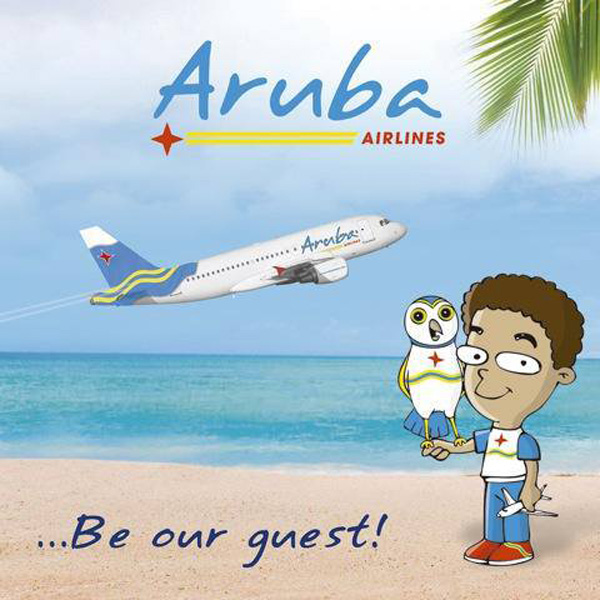 Silver Airways (Fort Lauderdale/Hollywood and Gainesville) has notified the U.S. Department of Transportation (DOT) that its intends to drop Macon, GA and the Macon-Atlanta route on November 5 according to the Atlanta Journal-Constitution. The carrier stated the route had not lived up to forecasts and it is downsizing its ATL operation.

Air China (Beijing) has received approval from the U.S. Department of Transportation (DOT) to commence nonstop service from its Beijing hub to its Star Alliance partner United Airlines’ (Chicago) hub at Washington (Dulles). The new route will operate four days a week with Boeing 777-300 ERs starting in June according to Airline Route.

Hawaiian Airlines (Honolulu) continued its on-time performance streak in 2013, leading all U.S. carriers in punctuality for the 10th consecutive year as reported today by the U.S. Department of Transportation (DOT).

Hawai’i’s largest and longest-serving airline averaged a 93.3 percent on-time performance ranking for the full year 2013, earning the top ranking in 11 of the 12 months and exceeding the industry average for the year by 15 percentage points. For the month of December, Hawaiian Airlines recorded a 92.4 percent on-time performance to lead the industry.

In December, Hawaiian Airlines also ranked #1 for fewest cancellations, with 11 out of 6,032 total flights — or 0.2 percent.

Hawaiian Airlines provides daily nonstop service to Hawai’i from 11 gateway cities in North America – more cities than any other carrier – using Airbus A330-200 and Boeing 767-300 aircraft, making it the only carrier to offer wide-body, twin-aisle aircraft for all transpacific flights. The airline is also the leading provider of air service between the islands of Hawai’i.

AMR Corporation (Dallas/Fort Worth), the parent company of American Airlines, Inc., (Dallas/Fort Worth) and US Airways Group, Inc. (US Airways) (Phoenix) today announced that the airlines have settled the litigation brought by the U.S. Department of Justice (DOJ), the States of Arizona, Florida, Michigan and Tennessee, the Commonwealths of Pennsylvania and Virginia, and the District of Columbia challenging the merger of AMR and US Airways. The companies also announced an agreement with the U.S. Department of Transportation (DOT) related to small community service from Washington Reagan National Airport (DCA).

Tom Horton, chairman, president and CEO of AMR, and incoming chairman of the board of the combined company, said, “This is an important day for our customers, our people and our financial stakeholders. This agreement allows us to take the final steps in creating the new American Airlines. With a renewed spirit, we are about to create the world’s leading airline that will offer, along with our oneworld® partners, a comprehensive global network and service by the best people in the business. There is much more work ahead of us but we’re energized by the challenge and look forward to competing vigorously in the ever-changing global marketplace.”

Doug Parker, chairman and CEO of US Airways, and incoming CEO of the combined airline, said, “This is very good news and we are grateful to all who have made it happen. In particular, we are thankful to our employees, who throughout this process continued to believe in a better future as one airline and who voiced their support passionately and consistently. We also want to thank the elected officials in the states and communities we serve, the business leaders in our hub cities, and the thousands of customers who endorsed and supported this effort. Thank you as well to the U.S. Department of Justice, the state attorneys general and the U.S. Department of Transportation. We are pleased to have this lawsuit behind us and look forward to building the new American Airlines together.”

To ensure much of the service currently operated by the carriers to small- and medium-sized markets from DCA is maintained, the new American has agreed with the DOT to use all of its DCA commuter slot pairs for service to these communities. The new American intends to announce the service changes that will result from the divestitures in advance of the sale of the DCA and LGA slots, so that the airlines acquiring those slots have the opportunity to maintain service to those impacted communities.

In the settlement agreement with the state Attorneys General, the new American has agreed to maintain its hubs in Charlotte, New York (Kennedy), Los Angeles, Miami, Chicago (O’Hare), Philadelphia, and Phoenix consistent with historical operations for a period of three years.  In addition, with limited exceptions, for a period of five years, the new American will continue to provide daily scheduled service from one or more of its hubs to each plaintiff state airport that has scheduled daily service from either American or US Airways. A previous settlement agreement with the state of Texas will be amended to make it consistent with today’s settlement.

Completion of the merger remains subject to the approval of the settlements by the U.S. Bankruptcy Court, and certain other conditions. The companies now expect to complete the merger in December 2013.