U.S. District Court Judge Ed Kinkeade ruled Friday (January 8) the Atlanta-based airline can continue to serve customers at the Dallas airport while gate allocations it is seeking are decided in lower courts.

“Delta is pleased that the Court has confirmed our right to serve Love Field,” the airline said Friday. “We look forward to bringing the people of Dallas the benefit of Delta’s industry leading product and global network at Love Field.”

Delta has fought a lengthy legal battle to continue operating at Dallas Love Field so customers have more choice at an airport where Southwest Airlines operates 18 of 20 available gates. Love Field is smaller than Dallas-Fort Worth International Airport but more convenient to downtown. 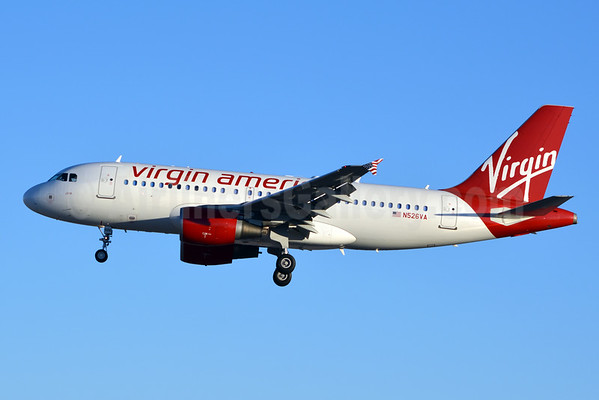 Southwest supports the City’s efforts to manage Love Field in accordance with its obligations under airline leases and the Wright Amendment Reform Act. Southwest disagrees with guidance provided by the U.S. Department of Transportation regarding the use of Love Field gates by non-tenant airlines like Delta. That guidance not only violates Southwest’s legal and contractual rights but would also reduce competition, costing consumers millions of dollars in higher airfares.

Delta’s temporary license to use gate space at Dallas Love Field expires at midnight on July 6, 2015. Beginning August 9, Southwest will fully utilize its 18 Love Field gates by operating 180 flights a day to 50 nonstop destinations resulting in an industry-leading gate utilization of ten flights a day per gate. Southwest will therefore be unable to accommodate any other airline, including Delta, on its gates after that date. Tickets on these Southwest flights have been for sale to our Customers since February or earlier.

The lawsuit filed by the City of Dallas allows the City and Southwest to ask the court to properly interpret applicable law as well as the contractual agreements entered into by the City and Southwest relating to Love Field, which clearly give Southwest the right to expand upon and maximize the usage of its leased gates in the best interest of the citizens of Dallas. Every other air carrier serving North Texas, including Delta, can grow without restriction at DFW Intl. Airport, which Delta currently serves. Southwest is restricted from growing beyond its 18 Love Field gates, which is a small fraction of the total 185 gates in the Dallas Ft. Worth market.

Southwest is able to expand at DAL due to the end of the Wright Amendment and the sublease of two additional Love Field gates from United Airlines in the newly rebuilt 20-gate facility, which is a collaborative effort between the City of Dallas and Southwest Airlines. 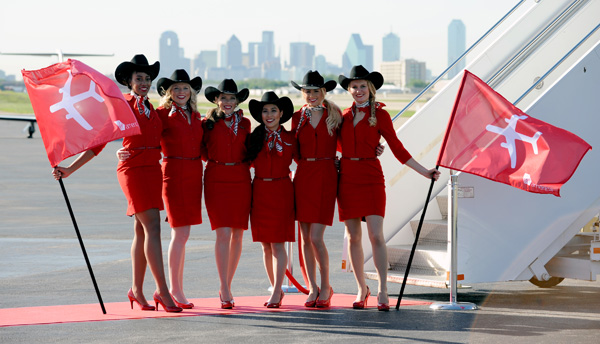 In the fall of 2014, Virgin America moved from Dallas-Fort Worth International Airport (DFW) to DAL and launched new, nonstop daily flights from that airport to DCA, LGA, SFO and LAX.

With the addition of the new DAL-AUS flights, the airline will offer 19 daily departures from Love Field. Virgin America has served the Austin market since 2013, with nonstop flights from SFO. In 2014, the carrier also expanded its SFO-AUS schedule.

Southwest Airlines (Dallas) has announced it added nonstop flight options between 10 cities and Dallas Love Field, linking a total of 43 destinations to Dallas beginning in April 2015.

*Nonstop service between Dallas Love Field and Charleston, SC, begins on April 11, 2015 and operates only on Saturdays.

These new flights are in addition to previously announced service between Santa Ana/Orange County and Austin, all of which are effective June 28, 2015.

Previously Southwest Airlines had announced it was sub-leasing two gates from United Airlines at Love Field. Southwest will now operate from 18 gates at DAL and will start new flights to nine cities in April.

Southwest Airlines (Dallas) has announced it will add new destinations with more nonstop flights made possible by acquiring the rights to two additional Love Field gates.

Beginning in April, Southwest will offer daily nonstop flights to nine new cities from Dallas (Love Field), including Memphis, Milwaukee, and Seattle/Tacoma, and will increase the number of nonstop flights to recently introduced destinations added after the October 2014 expiration of the Wright Amendment restrictions on long-haul flying at Love Field.

Details on numbers of flights as well as the full list of the cities and fares will be announced soon. The new flights will be made possible through a long-term sub-lease agreement that will transfer usage of two gates in the newly rebuilt 20-gate facility from United Airlines to Southwest Airlines. Terms of the deal are confidential. The transaction was reviewed and cleared without conditions by the U.S. Department of Justice Antitrust Division. The City of Dallas, the owner and operator of Love Field, also has approved the sublease.