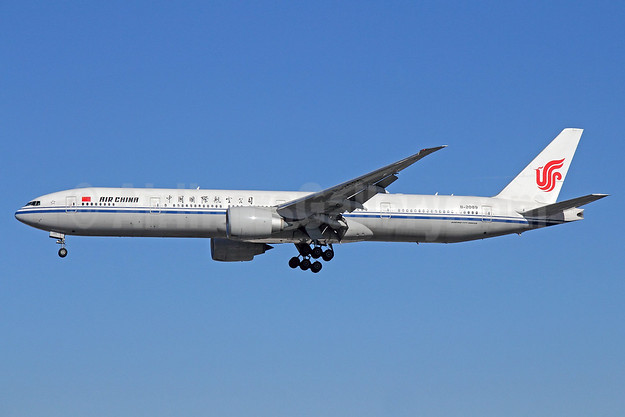 On April 5, 2018 Air China will launch a new route from Beijing to Panama City via Houston.

In June 2017, China and Panama signed the Joint Communique on the Establishment of Diplomatic Relations Between the People’s Republic of China and the Republic of Panama. This formal establishment of diplomatic relations carries forth a relationship that dates back more than 160 years into a new era. Chinais Panama’s second largest trading partner and the second largest user of the Panama Canal, while Panama is China’s largest trading partner in Central America. In 2017, bilateral trade amounted to nearly US $6.7 billion, while two-way passenger traffic totalled nearly 40,000, growing at an annual rate of almost 30%.

The new service will be the longest nonstop flight in the world (17 hours 35 minutes in the westbound direction) and will be Emirates’ first gateway destination in Central America.

Service to Panama City, Panama’s capital and largest city by population, will commence with a daily flight operated by a Boeing 777-200 LR aircraft in a 3-class layout – 8 in First, 42 in Business, and 216 in Economy. The aircraft can carry up to 15 tons of cargo. Key imports to the country include pharmaceuticals, machinery products, iron/steel rods, and electronics. Service to Panama City will operate through Tocumen International Airport (PTY).

Later this year, Emirates will be adding four additional routes to its global network including Mashhad, Iran and Orlando in September; Bamako, Mali in October; and Bologna in November.
Service to Panama City to begin on February 1, 2016

Copa Airlines {Panama City} subsidiary of Copa Holdings, S.A., and member of the Star Alliance global airline network, announced it will begin operating two weekly flights between Belize City and Panama City, Panama, starting on December 8, 2015. With the addition of Belize, Copa Airlines’ route network will total 75 cities in 31 countries in North, Central and South America and the Caribbean, including every Central American country.

The twice-weekly Copa flight CM 281 will depart Belize City on Tuesdays and Fridays, at 2:17 p.m., arriving at the Hub of the Americas at Tocumen International Airport in Panama City at 5:34 p.m. Flight CM 280 will depart Panama Tuesdays and Fridays at 11:29 a.m., arriving in Belize at 12:52 p.m. All times are local; flight duration is approximately 2 hours, 20 minutes.

Copa Airlines will operate the nonstop flight to Belize using Embraer 190 aircraft, with seating for 94 passengers — 10 in business class and 84 in the main cabin.

Southwest Airlines (Dallas) has announced it added nonstop flight options between 10 cities and Dallas Love Field, linking a total of 43 destinations to Dallas beginning in April 2015.

*Nonstop service between Dallas Love Field and Charleston, SC, begins on April 11, 2015 and operates only on Saturdays.

These new flights are in addition to previously announced service between Santa Ana/Orange County and Austin, all of which are effective June 28, 2015.

Lufthansa (Frankfurt) is further expanding its route network to South America. From November 16, 2015, the airline will offer year-round flights to Panama City for the first time, subject to government approval.

An Airbus A340-300 aircraft will fly five times a week between Frankfurt and the economic metropolis in Central America. Flight LH 484 will take off from Lufthansa’s Frankfurt hub in the morning at 10.15 a.m. and arrive in Panama City in the afternoon at 4.40 p.m. (local time) after a flight time of 12 hours and 25 minutes. The return flight LH 485 will depart from Panama City in the early evening as a night flight and land at Frankfurt Airport the following morning.

Lufthansa is also expanding its partnership with Copa Airlines. Lufthansa passengers will in future be able to easily reach a further 50 destinations in Central and South America and the Caribbean with the partner airline.

Copa Airlines (Panama City) will be coming to New Orleans in June. The carrier will add the Panama City (Panama)-New Orleans route on June 24. The new route will be operated four days a week per Airline Route.

Silver Airways (Fort Lauderdale/Hollywood and Gainesville) is continuing to expand its Florida flying by introducing service from its 12th Sunshine State airport: Northwest Florida Beaches International Airport (ECP) in Panama City, Florida. On March 19, 2015, the airline is starting nonstop service from Panama City to both Orlando and Tampa. The two new routes are not currently being serviced from Panama City.

In other news, Silver Airways is also extending its routes from Tampa and Orlando to Charleston, South Carolina starting on March 19.