Unfortunately, InselAir has ceased operations under the 7I/958 IATA codes effective February 16, 2019. 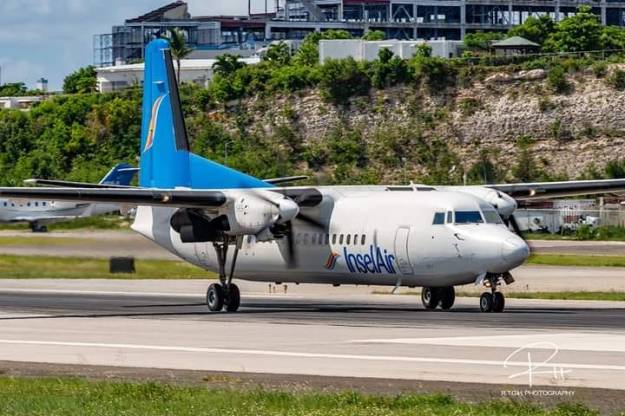 On behalf of the entire InselAir family, past and present, we thank every one of our passengers for their loyalty and it was truly a pleasure to serve each of you over the past 12 years!

Passengers with tickets issued on flights 2511/2513 from Curacao to St. Maarten or flights 2512/2514 from St. Maarten to Curacao operated by Divi Divi and Corendon Dutch Airlines, please contact Divi Divi for flight status.

At the end the airline was only operating the Fokker 50. Since February 2, 2019 the airline has been experiencing operational issues with its aircraft and had previously suspended operations. Now the decision is to completely fold as an airline. 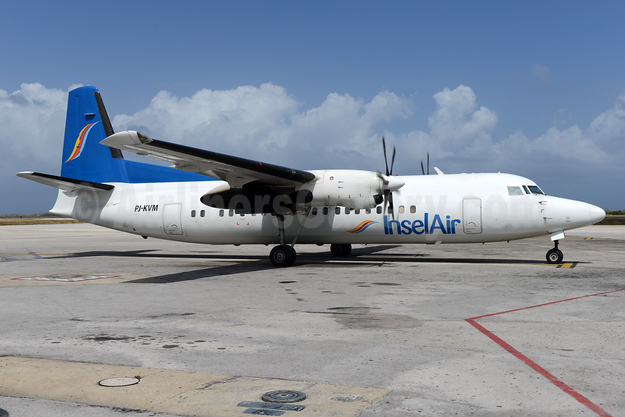 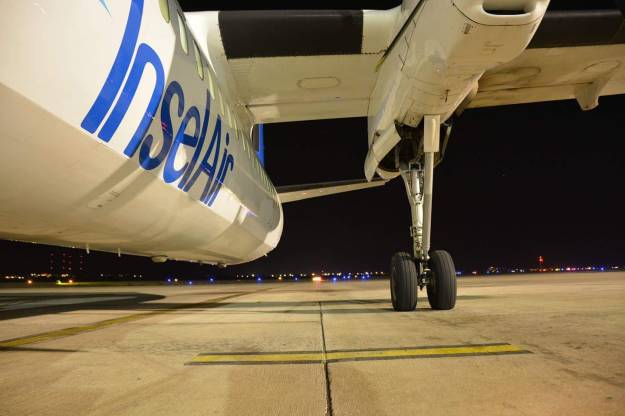 Later on February 11 it updated the situation:

Unfortunately at the moment booking a ticket through our Website or any other Sales channel is not possible until further notice.

Please keep in mind that passengers who have already booked a ticket to and from St.Maarten are protected on the Corendon Dutch Airlines flight.

We are very sorry for this inconvenience.

If we have any update about the situation we will inform you through our social media channels.

The Government of Curaçao and the Administrators of InselAir International BV have confirmed it is in discussions with interCaribbean Airways.

interCaribbean Airways is a regional airline based in the Turks & Caicos, founded 26 years ago and forms part of the InterIsland Aviation Services Group.

interCaribbean Airways has expressed an interest in InselAir International BV where it can quickly respond to re-establish the company and its routes, and the opportunity to bring both brands under one umbrella, to create synergies in offering greater options for pan Caribbean travel.

CEO, Mr. Trevor Sadler stated we have been speaking with the Administrators of the company and look forward to next steps.

Lars de Brabander, Executive Chairman for InselAir International BV stated that while details are to be finalized, we firmly believe that this is good for Curacao, the shareholders and the customers of InselAir. The current operation of interCaribbean would fit well into the current and previous network of InselAir, connecting the south Caribbean seamlessly with the northeastern and eastern Caribbean and although discussions with other possible strategic partners continue, this seems like an option toward a smooth strategic aviation alliance.

InselAir (Curacao) on January 14 inaugurated its new Aruba – Manaus route with an festive early gathering at Queen Beatrix International Airport during which Minister Oduber and InselAir Aruba CEO Frederick Nuboer addressed the audience and elaborated on this new route. After the official words and opening, the group proceeded to the gate and boarded for the three-hour inaugural flight to Brigadeiro Eduardo Gomes International Airport in Manaus. InselAir was officially and warmly welcomed in Manaus by the traditional water salute, official words and food and drinks before flight 8i696 departed Manaus again.

The flight was operated with a Fokker 70, with 80 seats, which was acquired by InselAir earlier this year to support its growth plans.

InselAir now has 19 aircraft, 600 employees, 22 destinations and expects to transport 1.4 million passengers in 2015.

InselAir will also add Miami – Havana to its network this month with McDonnell Douglas DC-9-82/83 aircraft (MD-82/83) (above) and will then serve 22 destinations from its hubs on Aruba and Curacao. This year, InselAir expects to add more routes to its network which, amongst other routes, include Cali and Bucaramanga in Colombia, San Juan in Puerto Rico and Quito in Ecuador. 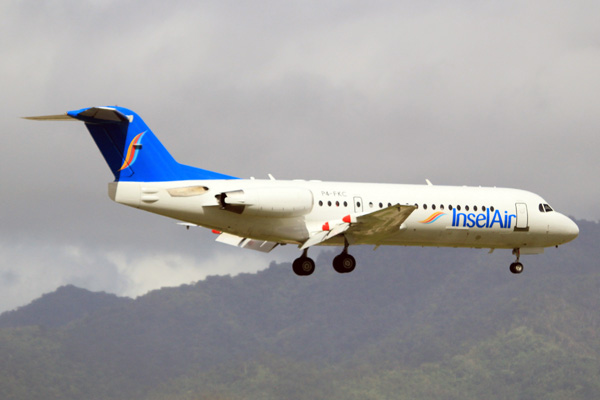 InselAir (Curacao) yesterday (December 15) relaunched service to Port of Spain in Trinidad and Tobago. The inaugural flight was operated with the pictured Fokker F.28 Mk. 0070 P4-FKC.

On Monday December 15, InselAir relaunched it’s 20th destination Trinidad and Tobago with an festive early breakfast at Curacao International Airport followed by the inaugural flight to Piarco International Airport in Port of Spain. The flight was operated with a Fokker 70, with 80 seats, which was acquired by InselAir earlier this year. InselAir will operate flights from Curacao to Port of Spain three times per week; on Mondays and Thursdays departing Curacao at 10:30 AM and arriving in Trinidad at 12 PM. On Tuesdays the flight leaves at 4:15 PM and arrives in Trinidad at 5:45 PM which provides business travels a perfect schedule for a two-day business trip. 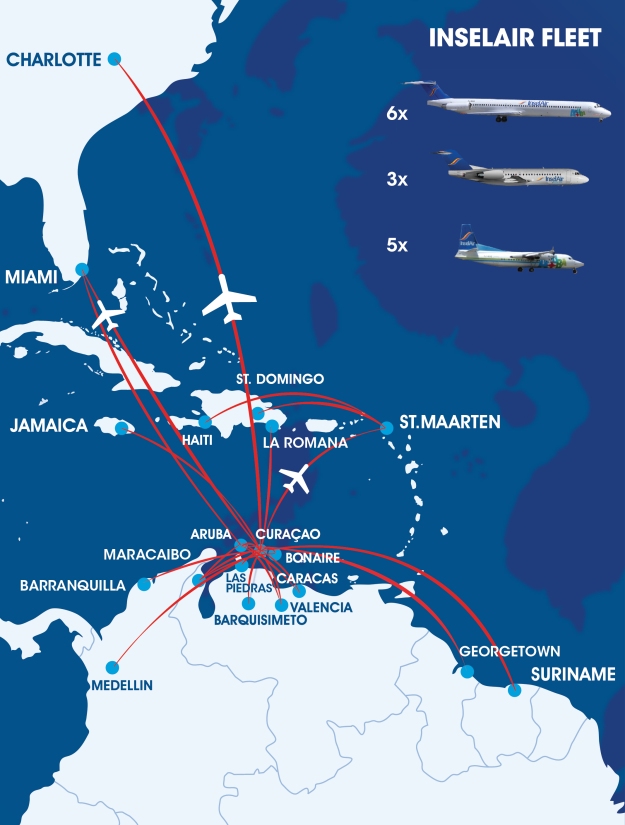 Insel Air (Curacao) has announced plans to fly to Barquisimeto, Venezuela which will be the airline’s 16th destination.

The new agreement is valid for all routes that both airlines operate to and from Aruba. The Aruban government also stated that it was committed to awarding a new AOC (Air Operating Certificate) to Insel Air Aruba within three months. Insel Air Aruba hopes to launch operations in August.

Insel Air Aruba will be able to operate additional flights to Aruba, therefore creating more inbound flights for the island.

Insel Air Aruba’s first Fokker, the pictured former KLM CityHopper F.27 Mk. 050 PH-KVG (msn 20211) arrived at Curacao on June 5, 2011 where it is pictured. PH-KVG carries a partial color scheme with a new logo expected to be added on the tail. 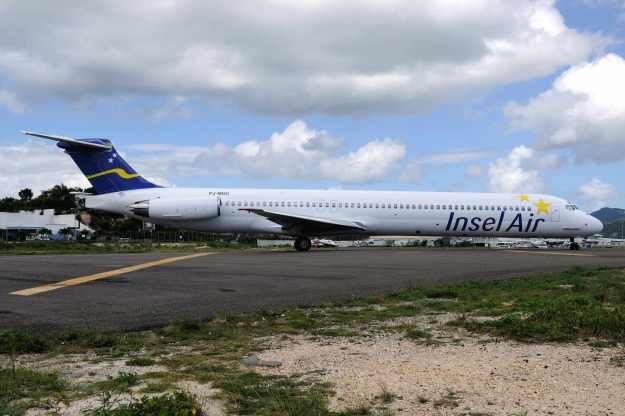 Insel Air International (Curacao) with the delivery of its third jetliner, modified its 2006 livery to now include much larger Insel Air titles. 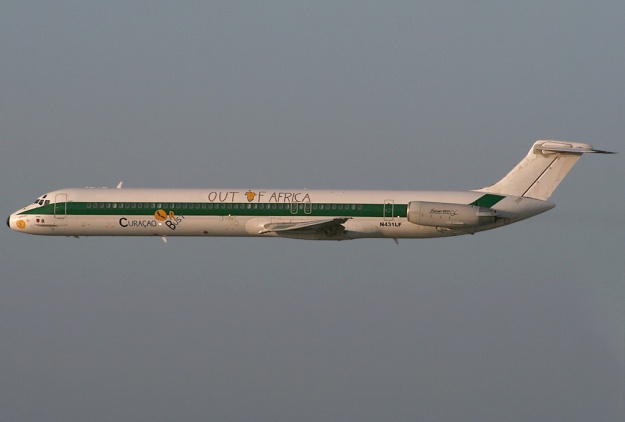 Copyright Photo: Roger Cannegieter. N431LF is pictured arriving at the new Curacao base with the interesting homemade titles.

Insel Air International (Curacao) acquired this ex-Alitalia (1st) McDonnell Douglas DC-9-82 (MD-82) now registered N431LF (msn 49194, ex I-DAWI). It was ferried to Curacao on October 19, 2009 and will be used for spare parts. The crew took the opportunity to apply some interesting hand-drawn titles such as “Scrapheap”, “Curacao or Bust” and the larger “Out of Africa”.