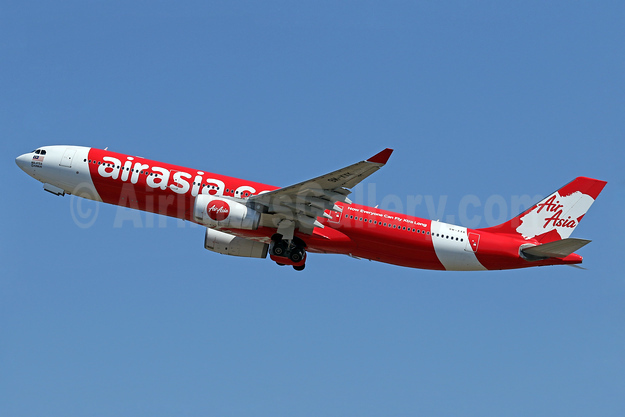 Inmarsat has announced that the AirAsia Group has selected its next-generation GX Aviation inflight broadband solution for more than 120 Airbus aircraft.

The landmark contract signed by Inmarsat and AirAsia Group, through its subsidiary ROKKI, covers all existing and future Airbus A320 and A330 aircraft operated across the AirAsia Group, including the long-haul operator AirAsia X. The agreement also has the scope to include any additional aircraft types due for delivery in the coming years, such as the Airbus A350.

The first installations of GX Aviation onboard AirAsia Group aircraft, together with the launch of commercial service, are both scheduled to commence in the first half of 2018.

This contract supports Inmarsat’s strategy of providing airlines with tailored scalable capacity by designing, owning and operating a global network of High-Throughput Satellites (HTS). GX Aviation is the world’s first in-flight connectivity solution with seamless, reliable high-speed global coverage provided through a single operator. It is the only service in the market that guarantees minimum data rates, ensuring that airline passengers can browse the internet, stream videos, check social media and more during flights, with an onboard connectivity experience comparable to the mobile broadband services they may receive on the ground.

AirAsia Group will connect to the GX network using exclusive new JetWave terminals produced by Honeywell Aerospace. The terminals are designed for ease of installation and maintenance to assure the lowest downtime for any cabin connectivity solution in the market, allowing installation with minimal labour and using standard tools available in maintenance hangars.

Trigana Air Service (Jakarta) flight TGN 267 with 49 passengers and five crew members on board and operating between Jayapura to Oksibil in Papua, eastern Indonesia has gone missing today (August 16). The airliner is now overdue and is feared to have crashed in the remote area. The flight was operated with an ATR 42-300 registered as PK-YRN (msn 102). The flight crew lost radio contact with ATC before 1500 (3 pm) local time after taking off from Sentani Airport at Papua’s regional capital of Jayapura (see the map below).

The company started regional operations in 1991.

The order, previously attributed to an unidentified customer on the Orders and Deliveries website, marks the first all-new airplane purchase for the Indonesian airline and included a letter of intent to exercise options for up to 20 additional 737 airplanes.

Based in Jakarta, Indonesia, Sriwijaya Air is the country’s third largest carrier. The airline operates an all-Boeing fleet of 737 airplanes and offers flights to various Indonesian destinations as well as a few international cities.

According to the airline, “Our aircraft are painted in blue, red and white colors which each of the color represents:

White : Clean hearthed employees
Red : The courage and wisdom in solving problems and making decisions of the team
Blue : Passion for traveling to all corners of our beloved archipelago.”

Image Above: Boeing. All others by Sriwijaya Air.

There are currently three subsidiary airlines in the Lion Group operating ATRs: Wings Air with a fleet of 32 ATR aircraft operating in Indonesia; Malindo Air with a fleet of 10 ATRs operating in Malaysia; and Thai Lion Air, so far with 1 ATR in operation in Thailand. These additional 40 ATR 72-600s will be used to meet the growing demand forecast over the next five years both within the Group’s existing operators’ networks and to develop other opportunities for ATR operations throughout Asia and developing markets worldwide. Deliveries of the aircraft signed today will start in 2017 and run into 2019.

Garuda Indonesia (Jakarta) and Boeing (Chicago and Seattle) announced an order for 50 737 MAX 8s, valued at $4.9 billion at current list prices. The flag carrier of Indonesia will purchase 46 737 MAX 8s and will convert existing orders for four Next-Generation 737-800s to 737 MAX 8s. The order was previously accounted for on Boeing’s Orders and Deliveries Web site, attributed to an unidentified customer.

Garuda Indonesia currently operates 77 Boeing 737s. The new order gives the airline the flexibility to grow and to update its fleet as the market demands.

According to Boeing, “The 737 MAX incorporates the latest technology CFM International LEAP-1B engines, Advanced Technology winglets and other improvements to deliver the highest efficiency, reliability and passenger comfort in the single-aisle market. The 737 MAX will be 14 percent more fuel-efficient than today’s most efficient Next-Generation 737s – and 20 percent better than the original Next-Generation 737s when they first entered service. The 737 MAX 8 will have an 8 percent per seat operating cost advantage over the A320neo.”

The total number of 737 MAX orders to date is 2,295 airplanes from 47 customers worldwide.

From tomorrow afternoon QANTAS customers will be able to use their personal electronic devices such as smart phones, tablets and music players in flight mode, for the duration of each flight, providing uninterrupted access to work and entertainment.

Devices can be used whether passengers are boarding via aerobridge or transiting across tarmac.

Once aircraft doors are closed for departure, devices will need to be in ‘flight mode’.

Customers are required to secure handheld devices by holding them or placing them in a seat pocket during taxi, take-off and landing. Larger items such as laptops will still need to be stowed.

Customers are still required to listen to all inflight safety briefings and comply with cabin crew instructions.

Mobile and smart phones will still not be able to be used to make calls or send texts from the air.

QANTAS plans to lift restrictions on electronic devices across the entire QANTAS Group for regional, domestic and international flights.

QANTAS Link and Jetstar Airways are in the final stages of preparing their submission to CASA for the extended use of personal electronic devices.

The changes to CASA’s ruling on personal electronic devices inflight follows an announcement by the United States’ Federal Aviation Administration (FAA) in October last year that it would allow passengers to leave their electronic devices on through all phases of flight if individual airlines could prove that it did not interfere with the operation of the aircraft.

Until today, devices in Australia were required to remain off until the seatbelt sign turned off, meaning passengers were unable to use them while the aircraft was taxiing to the runway or through much of the climb or descent.

In addition, QANTAS is working towards enabling customers to use their own devices to access 350 hours of on-demand entertainment from gate to gate on selected Domestic and International aircraft. Initially this functionality would encompass Apple devices including iPads and iPhones, followed by laptops and Android devices at a later stage.

Customers would only need to download a Q Streaming app to their device, or connect via their browser to the Q Streaming Inflight Entertainment network to access movies, TV shows and music. Qantas will continue to offer complimentary tablets for customers to access Q Streaming on a number of aircraft types.

The new policy will apply to all QANTAS Domestic and QANTAS International flights from 3:00pm tomorrow (August 26).

Copyright Photo: Michael B. Ing/AirlinersGallery.com. Boeing 737-838 VH-VXS (msn 33725) prepares to taxi from the gate at Denpasar on the island of Bali, Indonesia.

Read the full report in the WSJ:

In other news, the airline is claiming to have set a world record for the most tickets sold in 24 hours – 500,000. 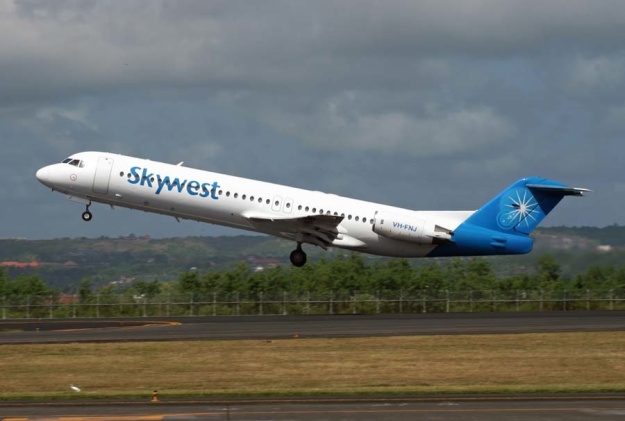