Ryanair has made this announcement:

Ryanair has confirmed it has been forced to cancel 700 flights and three Lisbon routes (to Tours, Oujda and Bari) this Winter due to TAP’s continued hoarding of take-off and landing slots (which TAP does not use) at Lisbon Portela Airport. This anti-competitive “slot blocking” has prevented Ryanair from obtaining sufficient slots (despite the assistance of the slot coordinator and the airport operator), for planned new route growth. TAP’s plan to cut its fleet by 20% means it simply cannot use all the slots it holds.

These cancelled flights will damage Lisbon’s connectivity and post-Covid recovery. The Portuguese Government and the European Commission must now intervene to end TAP’s anti-competitive “slot blocking”, free up this UNUSED capacity at Lisbon Portela and open Lisbon Montijo Airport to allow airlines to grow. It is essential that Portugal’s critical national infrastructure is used to support the local economy and not abused to protect an inefficient zombie airline, which the Portuguese Government has already wasted €3 billion of taxpayers’ money on.

Ryanair will keep all seven aircraft (a $700 m investment) and crew in place in Lisbon this Winter to ensure it is ready and able to reinstate all flights if sufficient slots are freed up. 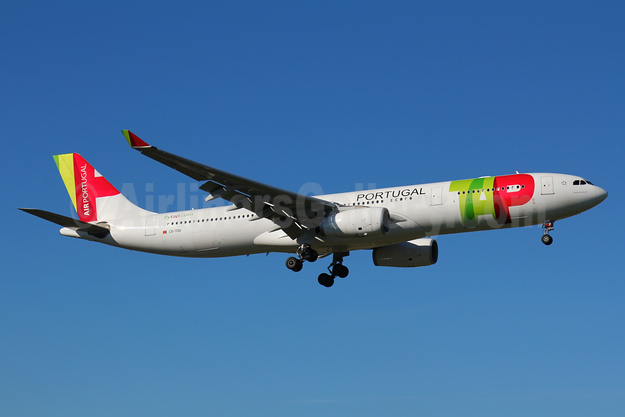 TAP Air Portugal has announced its latest new destination: San Francisco. This new route reinforces and consolidates the Company’s bet in that market, now extending its reach to reach California, on the west coast of the USA.

TAP´s operation to San Francisco begins on June 10, 2019 and will have five flights per week on Mondays, Tuesdays, Thursdays, Saturdays and Sundays. Flights depart from Lisbon at 10:00 am and arrive in San Francisco at 14:40 pm, local time. On the opposite direction, the departure is at 16:10 pm, arriving in Lisbon at 11:25 am, on the following day.

San Francisco will be the TAP´s eighth destination in North America and the third new destination for TAP in the United States next year. Chicago and Washington are also available for sale, with operation starting on June 1 and June 16, 2019 respectively.

In the North American market, TAP had three destinations in 2015, and now has nine routes, increasing its weekly frequencies from 16 to 56.

The expansion and renovation of the TAP´s fleet has made these new routes possible. The company has already received seven Airbus aircraft this year, with more arriving over the next years, to a total of 71 new aircraft by 2025. The first new aircraft the company received was an Airbus A320neo, which has been in service since June. Two Airbus A321neo’s joined the TAP fleet in September. A new Airbus A330neo arrived in Lisbon, with TAP set to become the first airline in the world to put this aircraft into service. On Saturday, December 8, 2018 a new Airbus A321neo arrived, with another A321neo arriving in Lisbon from the Airbus factory on Tuesday December 11, 2018. 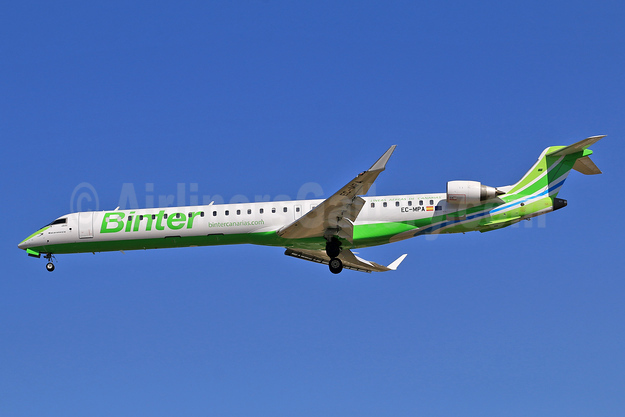 Binter Canarias started a twice-weekly route linking Tenerife (Norte) and Lisbon on Thursdays and Sundays with a two-hour flight.

Flights between Lisbon and Tenerife will take place on Thursdays and Sundays on board the new Binter CRJ1000 aircraft.

TAP Portugal (Miami) from June 28 through September 22, 2015 will go to daily service on the Lisbon-Miami route. Ironically this is the summer rainy season for Miami, the off season for North American visitors. The route is operated with Airbus A330s and A340s.

SAS has entered into an agreement to acquire 100% of the shares in Cimber A/S.

Since 2004, SAS has had a wet lease agreement (aircraft and crew) with Cimber A/S (Cimber) that has a cost efficient production platform for regional jet operation. The acquisition provides SAS with an opportunity to transfer production with smaller aircraft to Cimber, consisting of 12 Bombardier CRJ900s with a base in Copenhagen. As a result, a more focused and flexible production can be achieved.

The acquisition of Cimber, will give SAS access to a specialist within regional flights with a very competitive production platform that complements SAS’ production of larger Airbus and Boeing aircraft. Due to expected synergies, the acquisition of Cimber can also provide opportunities for SAS to maintain and develop regional routes within the network for the benefit of SAS customers, says Rickard Gustafson, SAS President & CEO.

The acquisition, includes Cimber’s option to receive CO2emission rights for the years 2015-2020. The nominal value of these rights currently amount to approximately MDKK 35 subject to the EU Commission’s approval of the Danish allocation plan for European Aviation Allowances (EUAA) for 2015-2020.

The discontinuation of Cimber’s current fleet of Bombardier CRJ200s and ATR 72s will be implemented as already communicated and decided by Cimber.

The value of the transaction is MDKK 20 with final payment in April 2015. The transaction must be approved by relevant Competition Authorities, and is subject to other customary conditions.

euroAtlantic Airways (Lisbon) is celebrated its 20th Anniversary in 2013.

The airline was established as Air Zarco by Tomaz Metello and the largest Portuguese leisure corporation, Pestana Hotels and Resorts, on August 25, 1993. The charter airline adopted the name of Air Madeira in 1997 until May 17, 2000 when the current name of euroAtlantic Airways – Transportes Aéreos S.A. was adopted.

This will be the first Roller Hockey World Cup played in Africa.

Norwegian Air Shuttle (Norwegian.com) (Oslo) has announced it will wet lease two Airbus A340-300s from Hifly (Lisbon) due to the delays in the delivery of its new Boeing 787-8s for the new New York and Bangkok routes.

The company issued the following statement (translated from Norwegian):

To ensure that Norwegian passengers can fly to and from New York and Bangkok on Dreamliner planes that are delayed, the Company has entered into an agreement to lease two Airbus A340-300 aircraft. The two aircraft Norwegian will use are the pending Dreamliner delivery. The agreement is called a MOU – Memorandum of Understanding – which is binding on both parties. Outsourcing is a so-called “wet lease” – leasing of aircraft and crew.

The two Airbus aircraft to Norwegian to lease owned by the Portuguese HiFly leasing company that took them over the winter 2012/2013. The aircraft were previously flown by Singapore Airlines and Emirates. Aircraft are subject to EU safety legislation and enforcement is carried out by European aviation authorities. HiFly is one of several European airlines which conduct leasing of aircraft to companies who need spare capacity. The company has had a number of major European airlines on its customer list.

TAAG Angola Airlines (TAAG Linhas Aereas de Angola) (Luanda) currently operates three Boeing 777-200s and two 777-300 ERs. The company has three additional 777-300 ERs on order which will be delivered in May 2014, December 2015 and March 2016 according to this report by Macau Hub. The airline also holds options for three more.

TNT Express N.V. (Hoofddorp) has announced the conditional sale of 100% of the equity interest in its subsidiary TNT Airways SA (TAY) (Liege) and Pan Air Lineas Aereas SA (PNR) (Madrid) to ASL Aviation Group Limited (Dublin). The transfer is conditional on and will become effective immediately prior to completion of the proposed UPS-TNT Express merger.

Almost all employees of the airlines will stay with the airlines except for a small number of employees who will transfer to the TNT Express’ Liège hub due to the nature of their work. As part of the transaction, ASL Aviation Group has committed to comply with applicable laws and regulations to respect all individual employee rights, covenants and benefits as exist under current ownership.

TNT Express does not expect the airlines ownership transfer to impact activities at TNT Express’ hub in Liège for at least one year following completion of the proposed UPS-TNT Express merger. Further, ASL Aviation Group intends to maintain the TNT Airways headquarters in Liège. UPS recognizes the significant value of TNT Express’ operations, assets and people in Liège and will develop longer-term plans for the hub, with involvement of employees’ representatives, the Walloon Region and Liège Airport.