Eurowings starting on May 1, 2019, will be flying from Berlin Tegel to Munich up to four times a day according to Flughafen Berlin Bradenburg.

The first Eurowings aircraft of the day will leave TXL for Munich at 7.00 a.m., the last will arrive in the capital at 9.55 p.m. The flight time is one hour and ten minutes.

Eurowings is thus increasing its range of flights from Berlin.

In the summer of 2019, the airline will fly to 19 destinations in eight countries, including Düsseldorf, Cologne/Bonn, Karlsruhe, Stuttgart, Nuremberg and Munich. 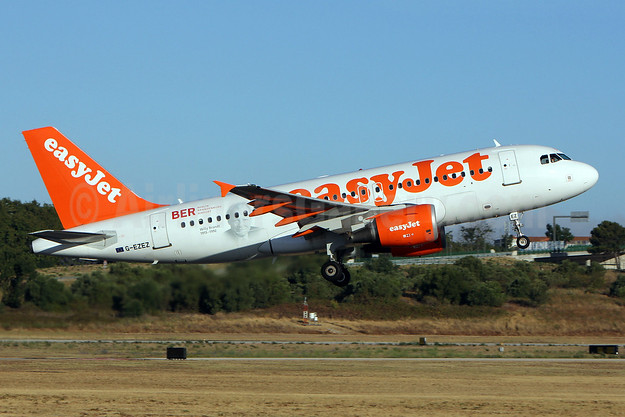 easyJet on Friday, January 5, 2018 launched its new operations at Berlin (Tegel), partially filling the void left by the demise of Airberlin.

12 aircraft are now based at TXL. 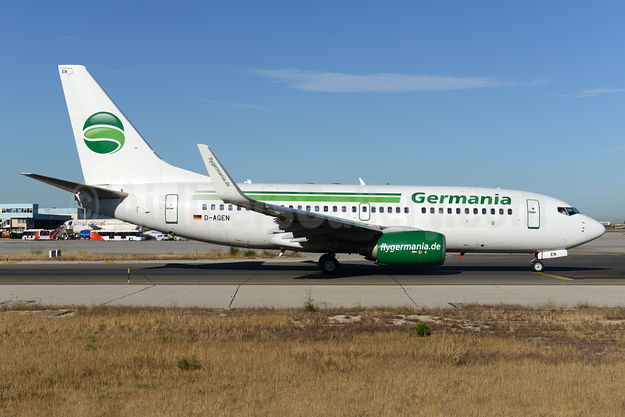 Germania issued this statement on November 1, 2017:

The aircraft with the green and white livery are once again taking off from Berlin-Tegel Airport (below). After a three year absence, the independent German airline Germania has returned to the airport in north Berlin, holding an inaugural flight to Gran Canaria.

Germania now offers flights from Tegel in addition to Berlin-Schönefeld, giving Berlin’s inhabitants an even greater choice of flights to sunny destinations. The airline will continue to utlilize its hangar on the south side of the city, ensuring quick aircraft maintenance.

New routes from Tegel include 6 destinations in Egypt, Israel and Spain. In May, another 7 destinations will be added to the schedule, totally 13. Moreover, the Canary Islands, Faro and Madeira/Funchal in Portugal, will be served, along with Marsa Alam in Egypt. Several Greek islands like Kos, Corfu, Crete and Rhodes, will also be included. In addition, Germania will provide a daily connection from summer 2018 to Palma de Mallorca from Berlin-Tegel.

Alitalia (2nd) (Rome) yesterday (December 15) began new service from Rome (Fiumicino), Milan (Linate) and Venice to Berlin (Tegel) and Dusseldorf. The first Alitalia flights to the two German cities took off from Milan Linate Airport at 6.30 am (flight AZ 418 to Dusseldorf) and 6:35 am (flight AZ 406 to Berlin), while the new flights from Rome and Venice departed later in the day.

The new daily service to Berlin and Dusseldorf will operate, for the winter season, with an Embraer 175 aircraft configured in two classes of service: “Ottima” – Alitalia’s business class on international flights, and “Classica”, the economy class. During the summer season, which will begin in March 2015, these routes will be operated with higher capacity aircraft.

The new service between Italy and Germany is very important for Alitalia from a strategic point of view. With the introduction of the new flights to Berlin and Dusseldorf, Alitalia will offer 370,000 more seats to Germany in 2015, an increase of +66%, compared to 2014, expanding its network, which was limited to flights from Rome to Munich and from Rome and Milan Linate to Frankfurt.

All new flights launched are in codeshare with Airberlin, the second largest German airline, in accordance with the codeshare agreement between the two companies launched on October 26, 2014.

New flights between Italy and Germany have strategic importance for Alitalia. With the introduction of the new flights to Berlin and Dusseldorf in 2015, Alitalia will offer approximately 370,000 more seats, an increase of 66% over 2014. Alitalia currently offers direct flights from Rome to Munich, and Rome and Milan Linate to Frankfurt.

Alitalia’s increase of seats offered to Germany during 2014 resulted in 60% more passengers carried over 2013.

Airberlin (airberlin.com) (Berlin) is dropping the Berlin (Tegel)-Miami route on May 4, 2015 per Airline Route. The airline was planning to continue the route through next summer but this has now apparently changed. It is uncertain if the route will be added back for the following prime winter season. Airberlin was also feeding Oneworld partner American Airlines (Dallas/Fort Worth) at the Miami hub.

Airberlin is adding frequencies to the New York (JFK) and Los Angeles routes.