Delta Flight 9994 departed Ft. Lauderdale/Hollywood Sunday morning, landing at 10:59 a.m. at the Marsh Harbour Airport to deliver 4,700 pounds of critical supplies. Once supplies were unloaded, the flight departed for Nassau with 72 evacuees.

Supplies delivered onboard the MD-88 include non-perishable food, water, diapers, formula, underwear and socks for survivors. In coordination with the U.S. Marine Corps, Bahamian Police and British Marines on the ground in Marsh Harbour, supplies were unloaded by Delta employees assigned to assist the mission. Employees then helped load passengers already identified by authorities before departing for Nassau, Bahamas.

The flight was the first relief mission operated by Delta following a reconnaissance flight organized Friday with Tropic Ocean Air charters, Blue Tide Marine Security and Global Elite Group to survey damage at the Marsh Harbour Airport, which remains closed due to significant infrastructure damage. From there, Delta teams from Flight Safety, Emergency Response, Corporate Security, and Airport Customer Service worked with local authorities and military groups to quickly organize relief flights to and from the island into the weekend.

The airline is working to determine whether additional flights are needed pending conditions and the number of survivors looking to depart the Abaco Islands, which were devastated by Hurricane Dorian last week. Please check back for updates.

Helping those affected by Dorian

Delta’s support helps the American Red Cross provide food, shelter and cleanup to those in need. As the Red Cross responds, Delta customers can donate directly to disaster relief through a Delta microsite or by donating miles through Skywish. 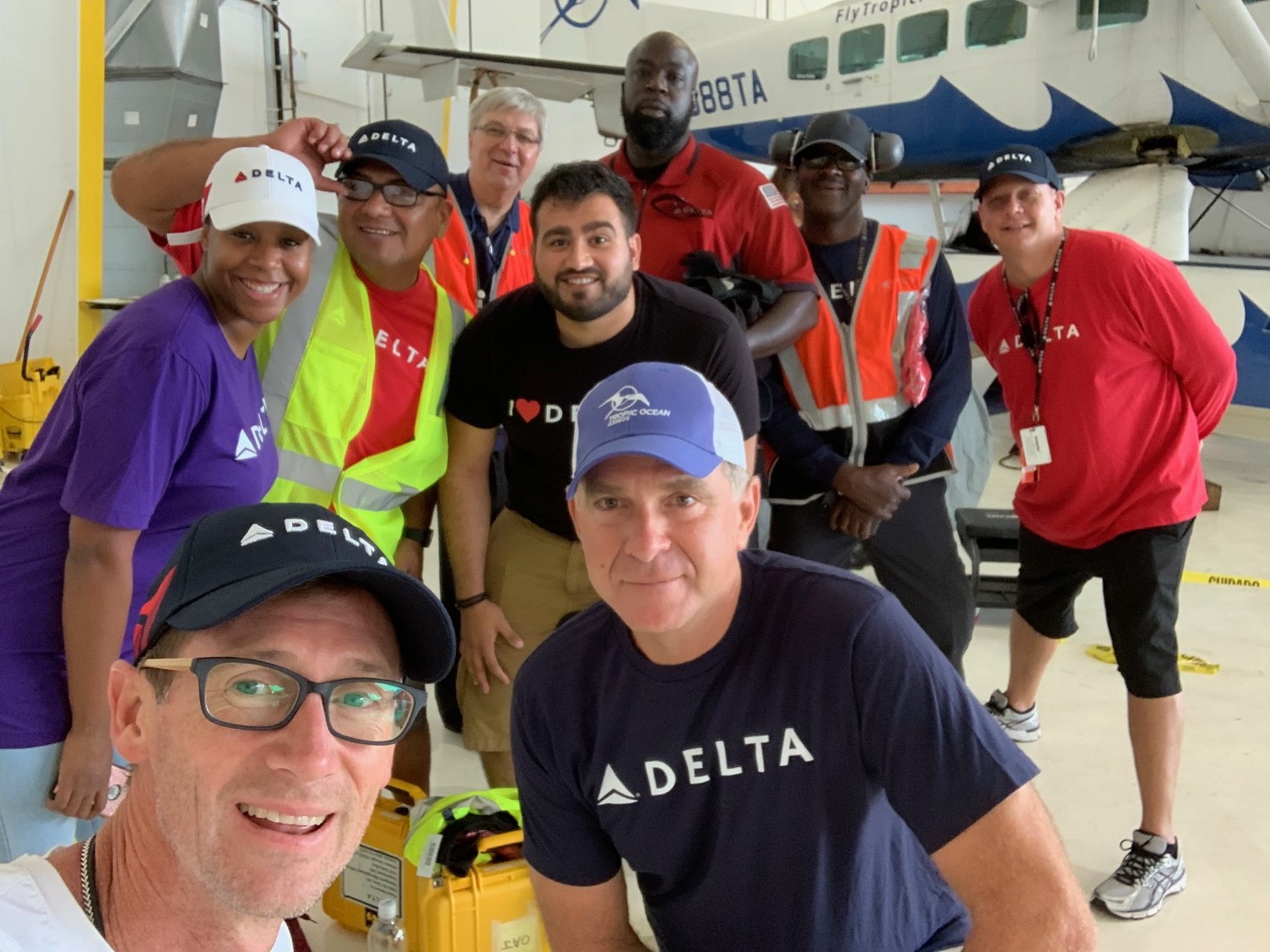