Brussels Airlines has made this announcement:

As the demand for holiday travel is expected to rise towards the summer months, Brussels Airlines wants to offer its customers attractive holiday destinations, together with its partners and tour operators. With a wide offer of holiday flights, the airline wants to provide its customers a positive outlook for the coming summer.

Next to 18 intercontinental destinations in Africa and North America, Brussels Airlines plans to operate 60 short and medium haul routes with a focus on holiday hotspots such as Greece, Portugal and Spain.

As of May also Dubrovnik, Edinburgh, Ibiza, Milan Linate, Moscow, Palermo, Palma de Mallorca, Rhodes, Split and Vienna will be added. From June onwards, Brussels Airlines will add more flight frequencies to these destinations as well as open new ones, including Bari, Birmingham, Corfu, Florence, Goteborg, Saint Petersburg, Yerevan, and Zakynthos on the medium haul network.

Washington DC and New York are planned to be operated as of June 14, Montreal joins the network on June 15. These will be the first North-Atlantic flights of Brussels Airlines since March 21st, 2020.

As for the African network, Brussels Airlines gradually increases its flight frequencies to all its African destinations towards a peak as of mid June, when West African destinations Abidjan (Ivory Coast), Accra (Ghana), Banjul (Gambia) and Dakar (Senegal) are planned to be offered on a daily basis. In Central and East Africa Douala and Yaounde (both in Cameroon), Kinshasa (Democratic Republic of Congo) and Entebbe (Uganda) are also planned to be served daily. Luanda joins the network again after more than a year. As of June 15, the Angolan city will be served three times weekly. Compared to today, weekly frequencies on the long haul network will triple. 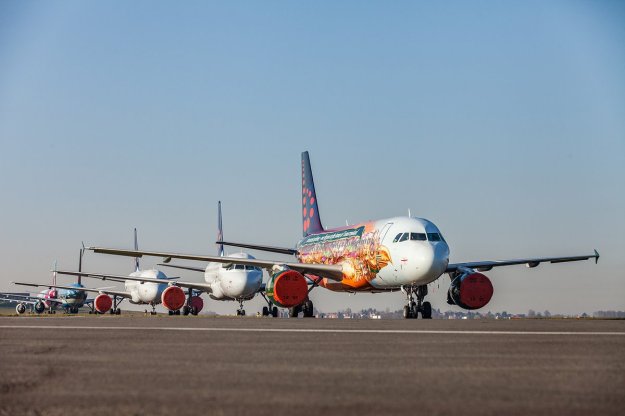 In addition to the reopening of a large part of its network, Brussels Airlines is also thrilled to add a new destination to its portfolio: Frankfurt. Lufthansa currently serves the connection between Brussels Airport and Frankfurt. As of August, Brussels Airlines will take over 2 flights per day. The connection to the Lufthansa hub in Frankfurt offers great transfer possibilities to the entire Lufthansa network, while passengers departing in Frankfurt enjoy access to the African network the Belgian airline is known for.

The first Brussels Airlines flight to Frankfurt will take off on August 2.